A few weeks back, three bloggers spent a happy evening with Gaggia learning about their coffee and ice cream machines. Following on from that, they loaned us an ice cream machine each. So, for a few weeks, I have a beautiful big Gaggia to play with, as does my chocolate blog friend, Dom.

Dom and I feel a keen duty to make as much ice cream as we possibly can so what better way than to hold an ice cream party?

And so #icecreamwednesday was born. 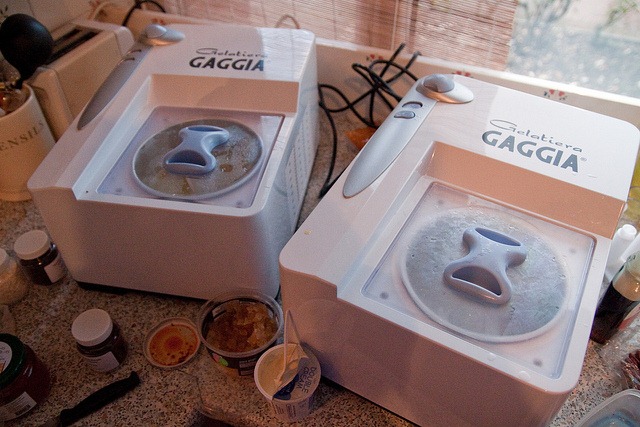 On the night, 2 machines and 11 ice cream lovers gathered to make and eat as much ice cream as we could. 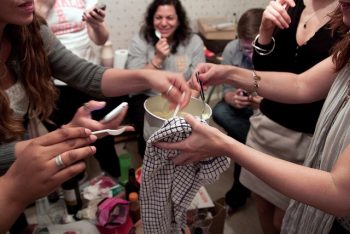 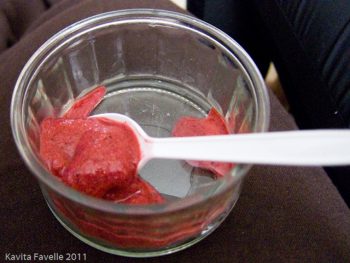 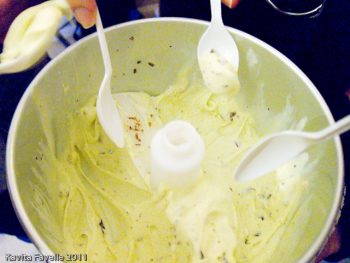 A couple of the recipes were planned in advance but most were made up on the spot, from a wide range of ingredients we randomly gathered and brought along. 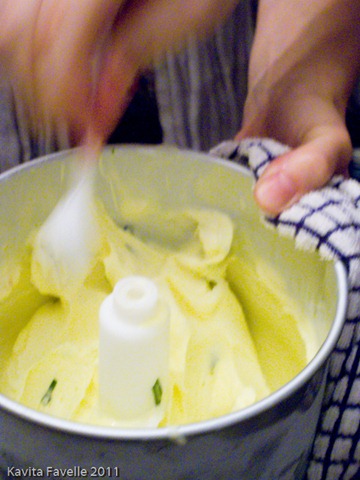 Simon Kimber has kindly written up his recipe for the pear and ginger ice cream, below. Thanks, Simon, it was absolutely delicious!

I’ll be sharing more ice cream recipes over the coming weeks, including Chloe’s fantastic candied bacon one, above.

When the invitation to #icecreamwednesday arrived I immediately started thinking about what flavour to make and my mind went straight to pear and ginger. It’s a flavour combination I love and not one I’ve seen in ice cream form too often. Initially I planned on using only stem ginger and syrup, but when Kavey showed up with a jar of Chinese ginger and honey syrup used to make hot drinks, I couldn’t resist adding it and it worked perfectly. Don’t worry if you can’t buy it though, just use some of the syrup from your stem ginger, either way you’ll be fine. 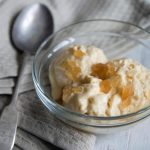 If you’re feeling a little adventurous this ice cream would go perfectly with a caramelised white chocolate sauce. Otherwise it would be great served with apple crumble or an apple pie.

If you don’t have ginger and honey syrup substitute syrup from the stem ginger jar.
You can substitute the cream, egg yolks and caster sugar for good quality, fresh, ready-made custard. 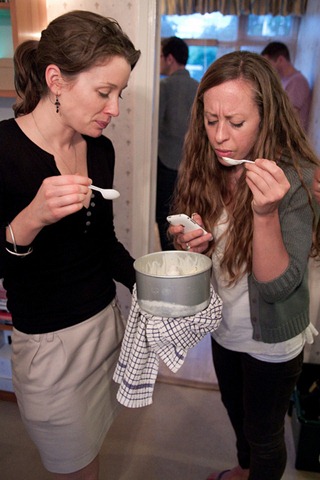