Sampling delicious local food is one of my favourite things about travelling and I know many of you agree. If you are planning a trip to visit England, here are some traditional English foods to try while you are here. Each region of England has its own traditional regional specialities, and I couldn’t possibly cover them all here, but I’ve picked out a few of the most delicious traditional foods in England for you to explore.

This is the first in a series of posts looking at the best traditional foods of the United Kingdom. 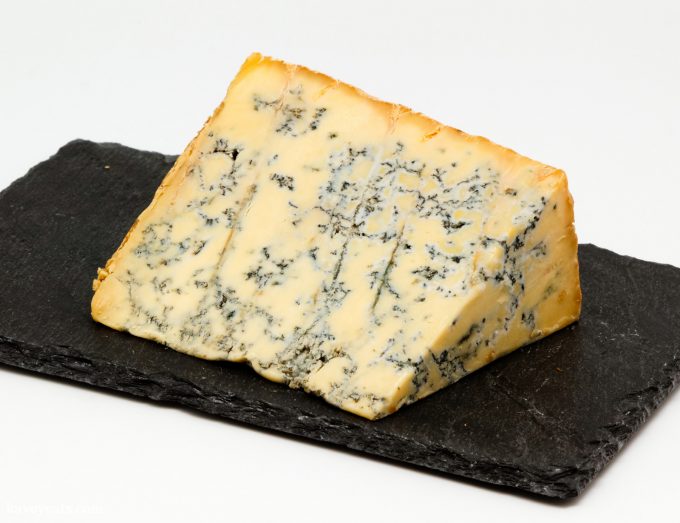 by Coyau via Wiki Commons

There are two types of Stilton cheese, blue and white, but it’s the blue Stilton which is more famous. This is a rich blue-veined hard cheese that’s delicious as it is as part of a cheese board or Ploughman’s lunch, but it’s also excellent for crumbling into soups, quiches and salads.

Blue cheese can only be called Stilton if it is made from locally-sourced pasteurised milk in the counties of Derbyshire, Leicestershire and Nottinghamshire. There are many excellent dairies producing traditional Stilton, of which I can personally vouch for Colston Basset and Cropwell Bishop

However, if you want to try this style of blue cheese made to the original recipe (before pasteurisation), look for Stichelton, a personal favourite. 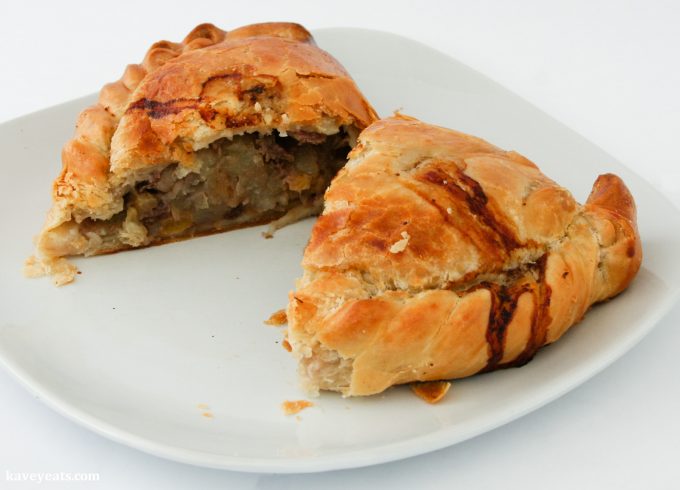 by David Johnson via Wiki Commons

Next, we’ll head down to the south of England for the national food of Cornwall. Traditional Cornish pasties have been baked there since the 1860s, when they were originally a filling lunch for working men.

A Cornish pasty consists of a pastry case, filled with pieces of beef skirt, potato, onion and swede, and crimped along one side or across the top to seal. To be labelled Cornish pasties, these pastries must be prepared within the county borders. 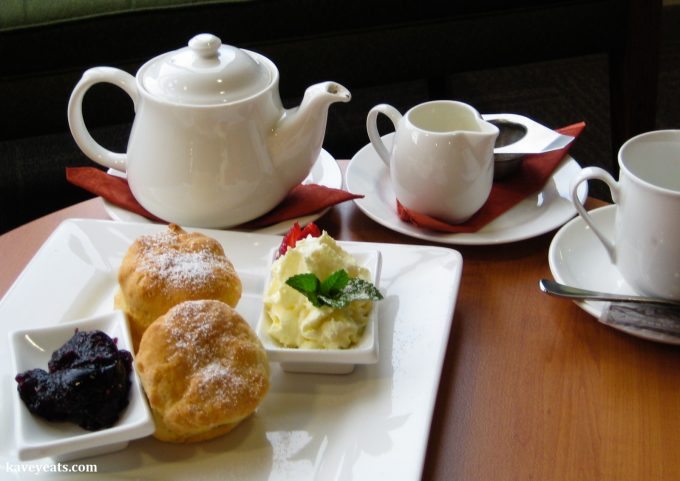 by Liyster via Wike Commons

In the neighbouring counties of Devon and Cornwall, you can indulge in one of the most popular English foods – a Cream tea. This features plain or fruit scones served with fruit jam and thick, yellow, clotted cream. And of course there’s sure to be a pot of tea served alongside.

In Devon it is traditional to spread the clotted cream onto the halved scone first and then spoon some jam on top. But their rivals in Cornwall do the opposite, spreading jam onto the scone before dolloping the cream over it. Either way, they taste delicious! By all means try both and decide whether the Cornish or the Devonians are right! 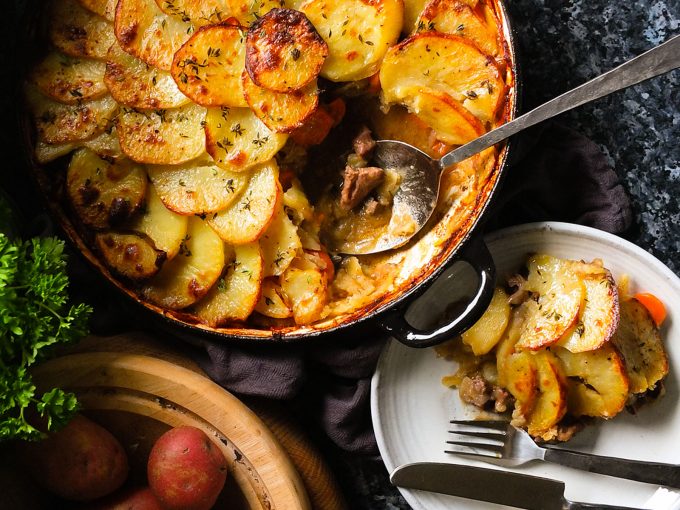 For my next choice, we need to travel northwards to Lancashire, for a filling dish from the North-West of England. Lancashire Hotpot is a slow-cooked stew made of lamb or mutton and vegetables, with a topping of thinly sliced potatoes.

Originally the hotpots would have been taken to the local bakers to cook in their oven throughout the day. Cooking the dish slowly in a heavy pot results in deliciously tender meat and a rich and savoury sauce. 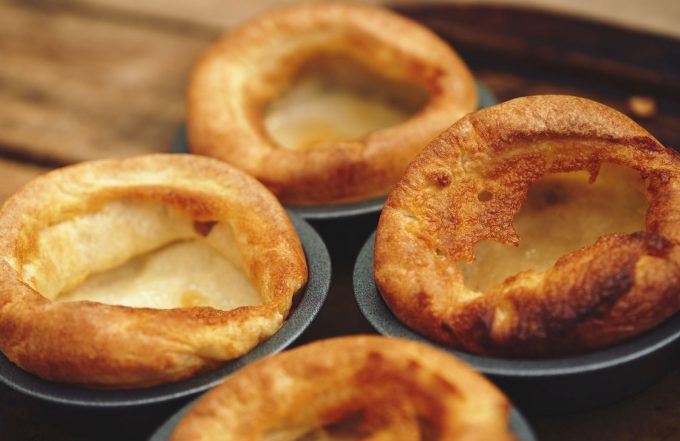 I can’t mention Lancashire without also talking about a dish made popular by their neighbours across the Pennine Hills. Yorkshire pudding is a batter pudding made from flour, eggs and milk, but you don’t eat it as dessert.

Traditionally it was eaten as a first course to fill tummies up before the main course of meat, which was an expensive ingredient. Nowadays it’s usually eaten alongside a Sunday roast but a large Yorkshire pudding can also be served as an edible dish filled with meat and vegetables. 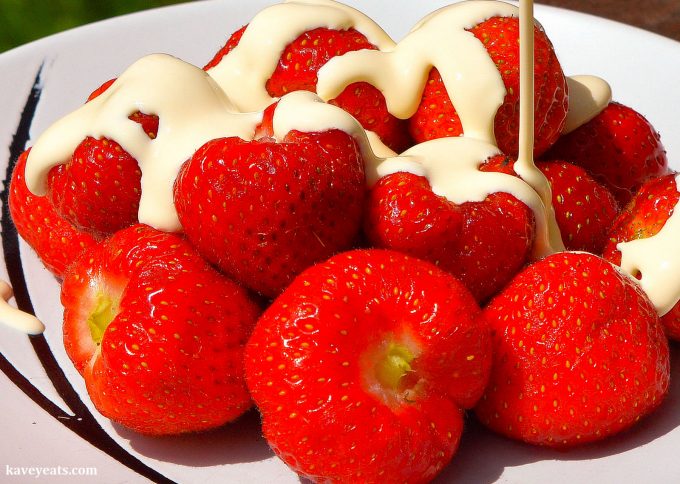 by Micolo J via Wiki Commons

When summer rolls around, it’s the perfect time for tucking into strawberries and cream. This combination is traditionally associated with the tennis at Wimbledon, but we enjoy it throughout the strawberry season. Sweet, juicy and full of flavour, strawberries are delicious with a little sprinkle of sugar and a generous drizzle of thick double cream.

These days, imported strawberries are available all year round but there’s nothing like an English strawberry, and personally, I tend not to buy the imported fruit, preferring to anticipate the start of the season each year. 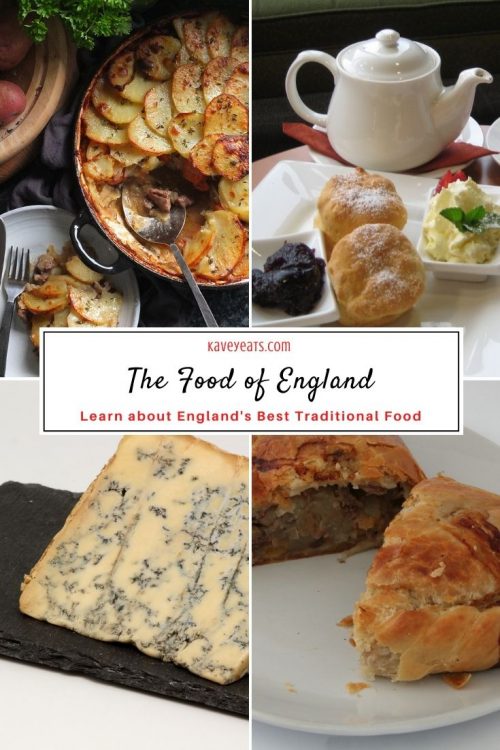 These are just a few of the many traditional English dishes to look out for when you visit England. Which one is your favourite?