A few weeks ago, a binge of bloggers* gathered in Drummond Street for a tasty, vegetarian, Indian meal. MiMi went shopping first and gifted organiser Will, with a large, green citrus. I adore the smell of limes and lemons and couldn’t stop myself from picking up this beautiful fruit and sniffing it, somewhat dementedly, throughout the evening.

I wanted one. I needed one. I had to have one!

So a couple of days later, armed with MiMi’s instructions on where to find the shop, I went back and bought not one but three of the large fruits for the princely sum of £4. 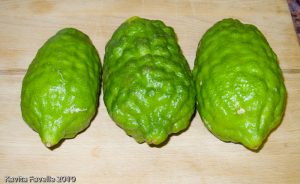 I asked the shopkeeper what kind of limes they were. He told me they were Bangladeshi lemons.

I have since discovered that they are also known as wild oranges and shatkora. Neither a lemon (Citrus limon) nor one of the many species of limes, they are actually a different species, Citrus macroptera. Bangladesh grows a variant called annamensis which is known locally as shatkora.

Oh, and while I remember, please can I strongly recommend against an image search on the term “Bangladeshi lemon” without first turning on your safe search filter to exclude some rather explicit images! It seems the word “lemon” has come to be used for something quite, quite different! 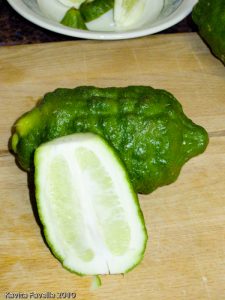 Shatkora are quite large, broadly oval in shape, with pointy ends and a deeply ridged exterior. In terms of the oils in the zest, I’d say that the shatkora smell much closer to limes than lemons. Oddly, the juice tastes more like lemon than lime.

I was determined to make as much of my glorious citrus as possible.

I’ve never candied citrus peel before but have intended to do so for many years. These shatkora had such an intensely perfumed, oil-rich zest that I decided a recipe focusing on the peel would be a good place to start.

I found several recipes on the internet and amalgamated a number of them into the following:

I found the easiest way was to cut my shatkora into half along their length and then cut each half into three, also along the length. Once I had 6 long segments, it was easier to cut the main fruit away from the peel and outer pith with a sharp knife. The shatkora had really, really thick pith so the next job was to cut the peel into the narrow strips and then Pete and I spent an hour paring as much pith away from each strip as we could. 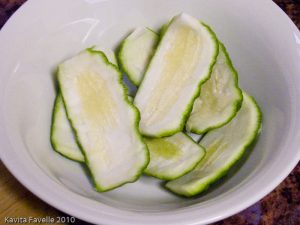 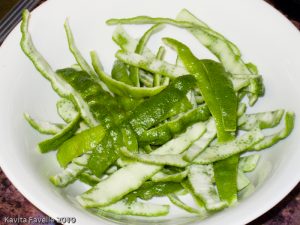 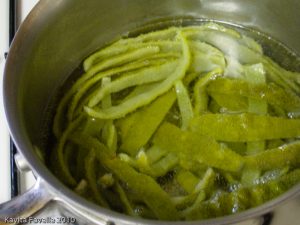 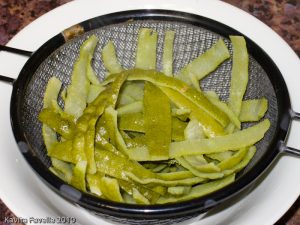 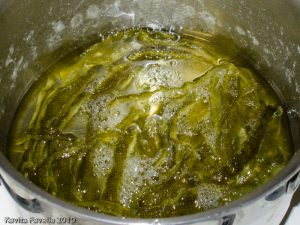 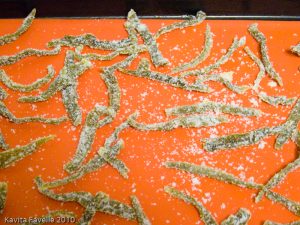 A couple of the strips retained a touch too much pith and were therefore just a touch too bitter for my taste, but most were fine and really tasty, with a strong lime flavour.

I bottled the sugar and water cooking syrup from making the candied peel to use as a cordial. 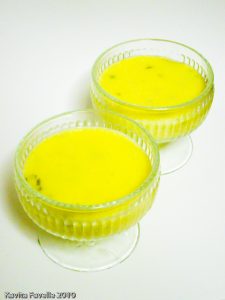 My first thought was to make lemon curd but a last minute lightning rod of inspiration turned my head to posset. This time a couple of years ago I’d never heard of posset but it’s resurging in popularity lately and I love it.

In medieval times posset referred to a hot drink of milk curdled with wine or ale, often with treacle and spices added for flavour. It was considered to be a general restorative and a remedy for various illnesses. Later, in the 16th-century, posset was often made from citrus juice; cream and sugar, sometimes with the addition of egg; it sounds rather like lemon curd to me, but was apparently served as a sauce to accompany meat.

These days posset most commonly refers to a cold set dessert containing cream, sugar and citrus juice, similar to a syllabub but without any wine.

Recipes on the internet vary wildly in ratios of cream, sugar and lemon juice. I used this Nigel Slater recipe (scroll down) and found it to be spot on.

I’ve now made this three times (the first time using shatkora zest and juice, the second two times with ordinary lemons) and scaled up to using 1.2 litres of double cream the last two times.

Posset is incredibly rich, so a small serving per person is all you want. The quantities below will serve 4 to 6. 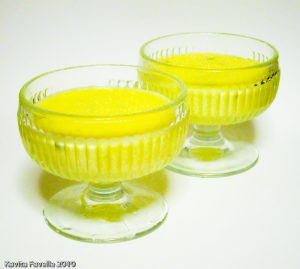 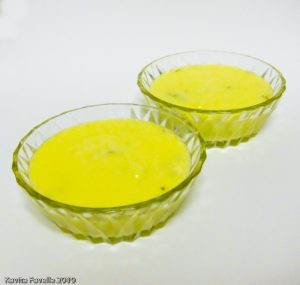 Given the lack of colour in the juice, I was amazed at the bright yellow of the finished posset – it was glorious! Apparently, the colour is the result of changes to the cream when it’s boiled.

The posset set perfectly into a really thick, intensely rich cream with the perfect balance of sweet and tart.

The first time I made this, using the shatkora, I pared lots of vivid green zest from the 6 pieces chopped off both ends of each lemon. I chopped this and stirred it into the cooked cream with the lemon juice but, in retrospect, I should have chopped it far, far smaller. The next two times I made posset, using ordinary lemons, I finely grated the zest and this worked really, really well. 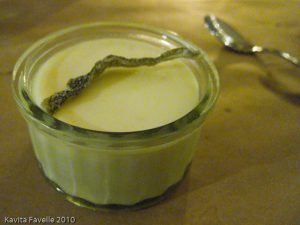 I served the posset with a stick of candied shatkora peel in each serving.

On the third making, I poured the posset into cute black and white espresso cups and served it with a stick of candied shatkora peel sticking upright into each cup. Sadly, I have lost all my photos of that evening, so can’t show you just how chic it looked!

The shatkora gave a lot of juice, especially since we found an electric juicer in a cupboard and it thrashed the heck out of the fruit segments, extracting every last drop.

I froze the leftovers for later use.

I also kept all the pith from our initial peeling and paring of the peel and following the juice extraction. I was surprised at how much there was so I bagged it up into portions and froze it, for use to provide natural pectin, next time I make jam.