Jawaharlal Nehru was the first Prime Minister of India and ruled from India’s independence in 1947 until his death in 1964. He was a central figure in politics both before and after independence and ‘is considered to be the architect of the modern Indian nation-state: a sovereign, socialist, secular, and democratic republic.’ (Wiki) He was a prolific writer, and had a number of books published including historical accounts of Indian history, his autobiography and a collection of letters he wrote to his daughter when she was a child at boarding school.

This quote is a wonderful reminder of the need to have a positive attitude in order to appreciate and enjoy the wonders of the world around us. 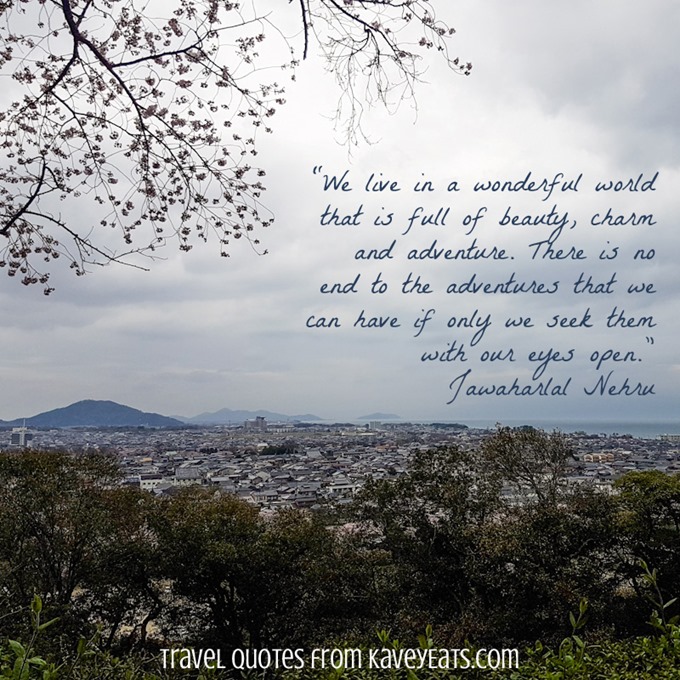 For our third trip to Japan, earlier this year we travelled in spring – our first two visits had both been in autumn. Serendipity resulted in a visit to Hikone Castle during the peak of Sakura (cherry blossom) season.

Please leave a comment - I love hearing from you!11 Comments to "Travel Quote Tuesday | Jawaharlal Nehru"