I love yoghurt and always have.

When my sister and I were growing up, we’d fight over the thick, creamy layer on the top of mum’s home-made natural yoghurt. We loved it as it was, we loved it mixed with mint sauce to make a tangy, minty dressing and we loved it mixed with cucumbers, onions, tomatoes and herbs in tongue-soothing raita served with mum’s curries. 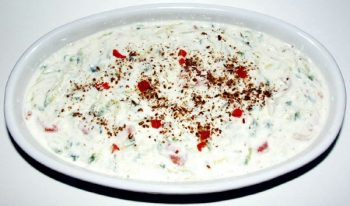 On our many trips to Sweden, I still recall my absolute delight with the wonderful fruits of the forest yoghurt we discovered there – so much more exotic (and tasty) than the somewhat insipid strawberry, vanilla and natural yoghurts that were readily available at home. Of course, we can get every imaginable flavour here, now, but fruits of the forest remains a personal favourite.

I still eat yoghurt regularly, for breakfast or snacks or lunch.

But when it comes to yoghurt I’m not very brand loyal, and happily try many different ones, choosing on a whim and lead by the appeal of the packaging, description and flavours.

I like a couple of the Müller Corner varieties – the blackberry and raspberry being my favourite – though I miss the larger pots they used to sell of the slightly sweetened natural yoghurt used in their Corner products. And I like really thick greek yoghurts, either with honey already added, or adding some myself.

Recently, I’ve been sent a few yoghurt products to review and thought I’d share my findings in a yoghurt round-up post!

The Collective Dairy are a New Zealand company, launching into the UK this month. Don’t worry about air miles though, as their products are made in the UK, using West country milk and predominantly British ingredients. 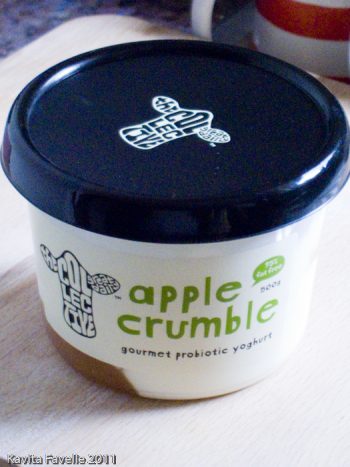 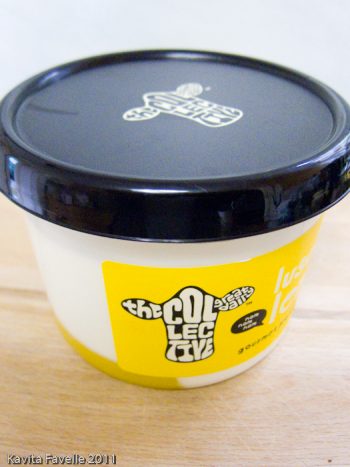 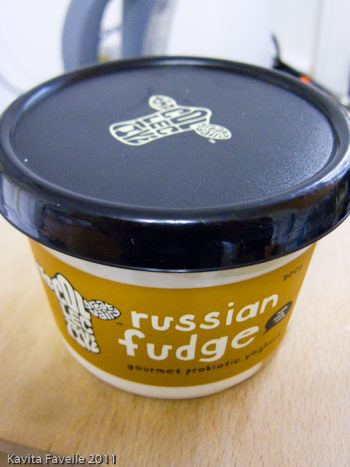 They are initially selling four flavours – Passionfruit, Apple Crumble, Russian Fudge and Luscious Lemon – but have several more on offer in New Zealand, so will presumably expand the range here if sales are good.

The yoghurt is sold in 500 gram pots and each pot provides thick, creamy, slightly sweetened natural yoghurt (a perfect balance between sweet and tart and not dissimilar to the stuff in the Muller Corners, though I’d say a touch thicker and richer) plus two generous layers of the flavouring component, one at the bottom and one at the top. 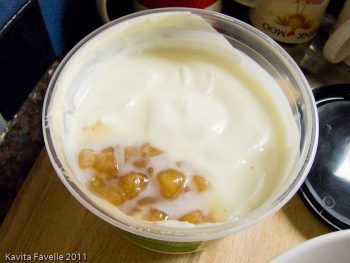 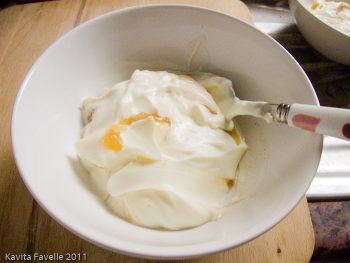 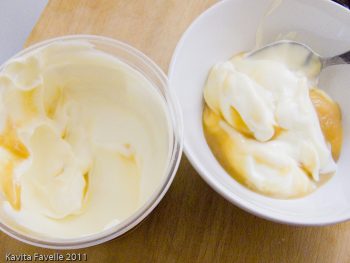 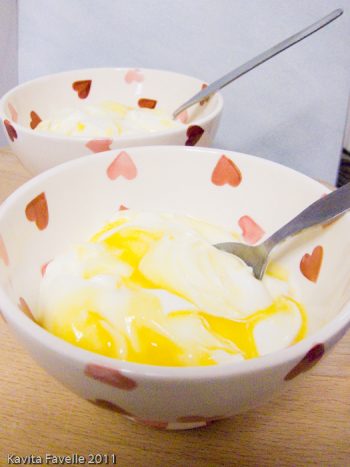 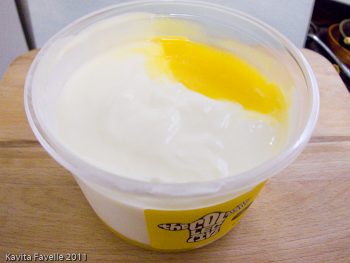 For the Apple Crumble, it’s an apple compote with a nice hint of cinnamon (clearly discernable but not overwhelming, lovely texture from the cubes of apple and a thick sauce). For the Luscious Lemon, it’s a wonderfully refreshing, saucy lemon curd. For the Russian Fudge, it’s a sweet, thick, toffee-flavoured sauce.

The yoghurt is probiotic and sweetened with honey rather than sugar. It’s richly decadent which makes the yoghurts suitable for breakfast, lunch or even dessert, which I don’t usually find is the case with most yoghurts.

The 500 gram pots contain approximately 550 calories (each flavour varies a little), so they’re not as low as some yoghurts. But that’s easily under 300 calories for half a pot, which is a really filling portion, so still what I’d consider a healthy dessert.

Woodlands Dairy, based in Dorset, is a family-owned business specialising in making sheep and goats’ milk yoghurts from flocks fed on a natural diet.

I tried their natural sheep milk yoghurt and liked it very much. There was none of that slightly farmyard flavour you can find in sheep milk cheeses (though I rather like that so wouldn’t have minded anyway). Instead, the yoghurt was simply a pleasant, light, smooth yoghurt that I’d have assumed was cows’ milk if I hadn’t known otherwise.

A great choice in it’s own right but particularly of interest to those who are lactose-intolerant to cows’ milk, but not to sheep and goats’ milk.

I’ve was also sent some Onken Fat Free Mango & Apple to try. I didn’t mind it; it was OK, but it didn’t really win me over. Of course, it’s fat free which is not my usual yoghurt purchase. The fruity flavour was quite strong, which somewhat made up for the thinner mouthfeel of the yoghurt compared to the richer and more calorific yoghurts I usually choose. However, neither apple nor mango came through at all clearly for me – instead it tasted like a generic “tropical fruit” mix.

I don’t know how I’d like their full fat range, but wasn’t sold on this sample from their fat free products and would not seek it out again.

Please leave a comment - I love hearing from you!10 Comments to "Yoghurt!"