I’ve been thinking about this question recently, not least because I was sent two different burgers to review, and I was also asked to define my ultimate burger. 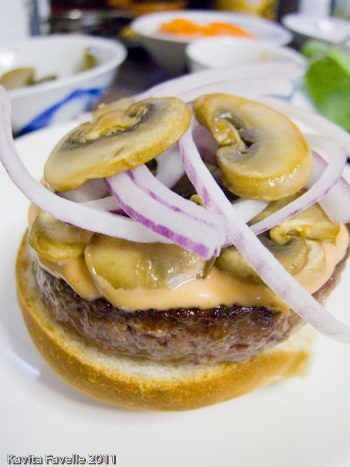 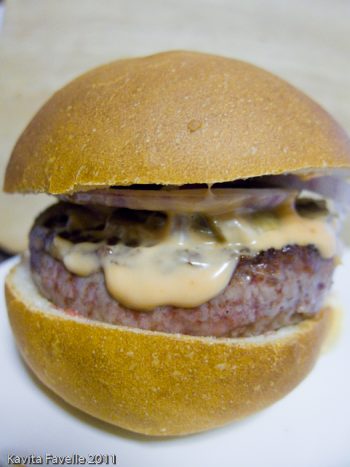 Broadly, there are three aspects to a burger – the meat patty, the bun and the various condiments served inside or with it.

This is a contentious one, especially with my friends across the pond, many of whom insist that any patty that contains more than minced beef and seasoning is a not a burger at all, and might better be described as a flattened meatball!

I’ll have to agree to disagree as I happily enjoy both pure-beef burger patties as well as ones with all kinds of other ingredients mixed in. Since I eat the latter in burger baps, with burger condiments they are, as far as I’m concerned, burgers!

If I want a pure beef patty, then I don’t see the point of buying mince just to add salt, pepper and shape it myself, and I’m certainly too lazy to buy a steak and mince it myself, so we usually get ready-made patties from Waitrose – their Aberdeen Angus ones to be specific. These are pretty good and we’d not thought much about alternatives, until recently.

The Donald Russell patties we were sent didn’t measure up well against the Waitrose Aberdeen Angus ones. Cooked to medium in our normal way, they were chewy, a touch dry and under-seasoned. We were disappointed with them.

A few weeks previously, we were also sent some Waitrose Heston Ultimate Beef Burgers to review. I was dubious because, at the end of the day, they were still made of beef, so how much better (if at all) could they possibly be, really? The blurb informed that Heston created a blend of three different cuts of British beef (chuck, brisket and aged fire rib), minced specially to ensure that the meat’s grain sits vertically within the burger, plus seasoning. They are based on the recipe Heston developed for his In Search Of Perfection TV show. To my surprise, we absolutely loved Heston’s Ultimate burgers. The flavour and texture were exceptionally good and they retained moisture very well. We thought they were significantly better than any other pure-beef patty we’ve tried; in fact we liked them so much that, despite the price tag of £4.49 for 2 burgers (weighing 125 grams each), we’ve bought them twice since.

It seems that there are as many recipes for burger patties, the kind containing more than just beef, as there are burger eaters. OK, this is probably an exaggeration but only a slight one!

In the past, we’ve enjoyed Pete’s mum’s recipe which combines minced beef, raw onions, pork sausage meat and seasoning. And we’ve made cheese burgers with the cheese inside rather than on top; blue cheese is my choice for this. We’ve also been inspired by Nigel Slater to add East Asian ingredients to flavour beef, pork and chicken patties and even to cook them in a bath of stock, in the oven.

But the recipe I’m recommending for my ultimate burger is a Felicity Cloake one, part of her “How To Cook The Perfect…” series (which earned Felicity one of two well-deserved awards from the Guild of Food Writers this year). (See below for recipe). 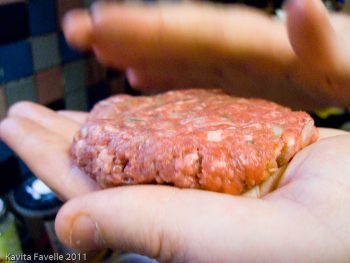 We particularly loved the flavours and moistness added by the stout and the lightly caramelised onions. These were seriously good burgers!

By the way, we used some Donald Russell mince for these patties, which we were sent at the same time as the burgers, and thought it had a decent fat content and flavour, so worked well for making burgers.

I am torn between a brioche bun (which adds a lovely hint of sweetness and also looks spiffing) and a regular white burger bap.

What is definite is that it must be soft, soft, soft. I hate burger buns with a crust and using ciabatta (or any other trendy loaf) is a no-no. But nor must it be so soft that it disintegrates while eating the burger, leaving soggy smears of bun remnants and a virtually bare burger between your fingers! 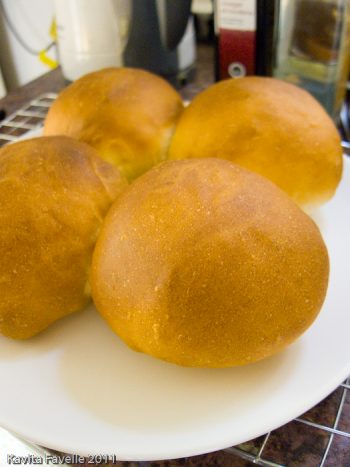 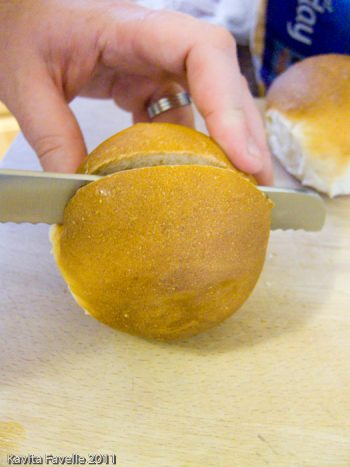 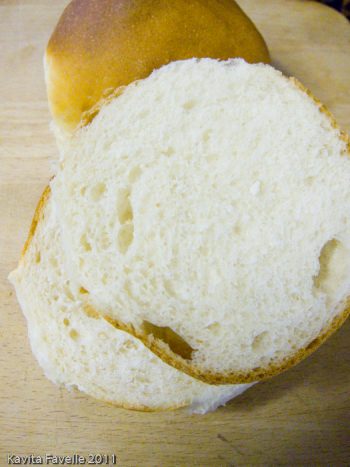 As Pete isn’t a fan of brioche, we opted for white and our favourite baker, Tom Herbert, came to the rescue, emailing me his ultimate burger bap recipe. It produces the perfect white burger buns – soft, with a lovely crumb and yet robust enough to remain in one piece while eating. (See below for recipe).

This one’s a bit of a free for all as there are many condiments people like in their burgers from a variety of pickles and relishes to cheese (American processed or real) to rashers of bacon, fried onions, fried mushrooms, onion rings and then there’s the question of sauces and salad…

In our ultimate burgers, we both went for romaine lettuce (picked fresh from the garden), thinly sliced red onion and some of my home-made pickled gherkins. In addition, Pete added thinly sliced tomato and I added sliced, fried mushrooms and a basic marie rose sauce (tomato ketchup + mayonnaise mixed). 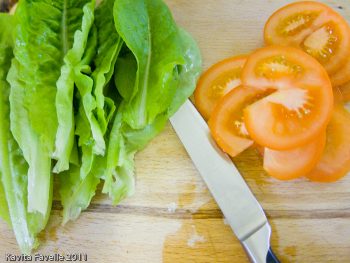 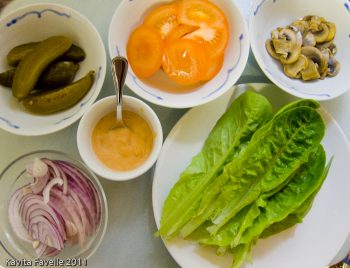 On a cheaper burger, I might add stronger flavours such as bacon, chilli con carne, cheese or pesto but on a great burger, much less in the way of condiments are necessary, I think. 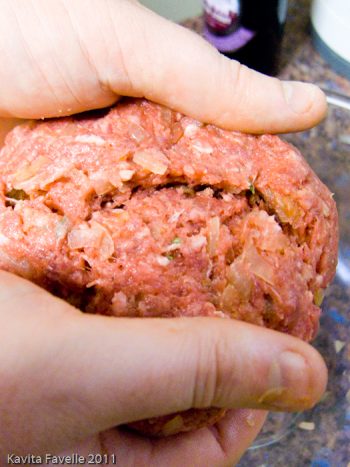 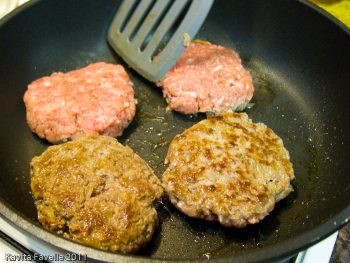 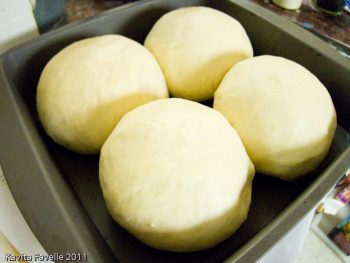 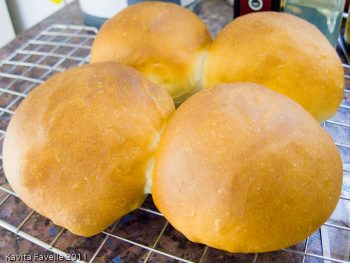 Note: We omitted the sesame seeds and egg wash. We were still rewarded with beautifully risen, evenly textured white baps that were pillowy soft but didn’t disintegrate whilst eating our burgers.