A few weeks ago, I had the opportunity to meet and talk to Chef Ji Young Kim, a Korean chef who has made a name for herself by elevating the simple vegan food of the Buddhist temple to a Michelin-starred level. During an evening at the Korean embassy in London, I tasted a range of beautifully prepared Korean temple food dishes, and learned more about the tenets of this cuisine.

Chef Ji Young Kim is the head chef at Balwoo Gongyang, a Seoul restaurant operated by the Jogye Order of Korean Buddhism. Driven by the Buddhist rules of temple food, balwoo gongyang refers to the act of eating as part of practicing discipline and self-control. The restaurant refers to itself as a ‘Buddhist cuisine experience center‘ with an aim of promoting Buddhist culture and the practice of balwoo gongyang. It serves healthy vegetarian dishes, and provides visitors with lessons on mindful eating, how to appreciate food using all five of the senses, and urges them not to waste any food.

Before the launch of  Balwoo Gongyang restaurant, the public perception of Korean temple food was of a bland and boring cuisine, especially given the lack of pungent aromatics such as garlic, onions, and chives that are common to non-temple Korean cooking.

But Chef Ji Young Kim has found ways of introducing a real depth of flavour to traditional temple foods by way of temple-made and aged chilli pastes, soy bean pastes and other condiments.

Ingredients are used seasonally, but often preserved for use at other times of year, using techniques such as infusing, pickling, fermenting and dehydrating. There is a strong focus on natural herbs, greens, fruits, vegetables and flowers found around or nearby to the temple.

With the help of a translator, I had a wonderful one-to-one interview with Chef Ji Young Kim to find out more. 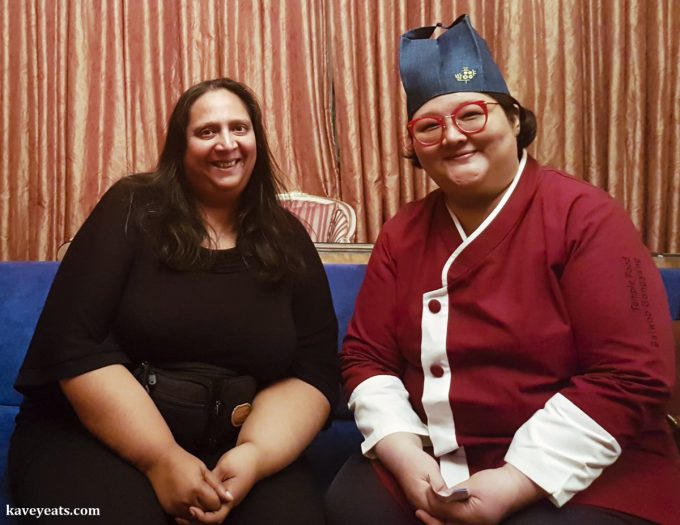 Please can Chef Ji-Young Kim describe the key differences in Korean temple food compared to the rest of Korean cuisine?

The biggest differences between Korean temple food and ordinary Korean food is that we don’t use any animal products, seafood or shellfish and we don’t use the five pungent ingredients, the onions, green onion, garlic, leek and chives.

Kimchi is a food that Koreans eat every day. It is typically made with pickled fish, garlic and onions which are ingredients that Korean temple food doesn’t use so in the kimchi that we make, instead of the pickled fish we use jang (sauce) after a fermentation process, and no garlic or green onion.

How did Chef Ji-Young Kim come to learn about and specialise in Korean temple food and how did she elevate this to a Michelin-level experience?

Because I’m a Buddhist, when I was younger I would visit the temples and have grown up eating Korean temple food since I was a young girl.

When I first began to learn to make temple food it was fifteen years ago. Back then it was more just a rational learning, and although I understood this food was very good for you, I always thought it was a bit bland. After that I spent ten years learning very different, spectacular, royal court cuisine and western foods and after those ten years when I came back to Korean temple food again, it really satisfied the different dilemmas and thirst I had for food that is not just pretty or tasty but could really fulfill people’s hearts and souls.

I decided that this is the food I’m going to make my life and became really immersed in it.

I think in a way that when I making food for other people there’s a confidence I have that this will provide something for them whether it’s health benefits or something else.

And I think the reason why we got to a place where the restaurant received a Michelin star is not because I’m any good but because I think there was a lot of focus on Korean temple food at the time and the restaurant Balwoo Gongyang just happened to be able to get it back then.

I have read that Balwoo Gongyang refers to the act of eating as part of practicing discipline and self-control, by taking time to eat, to appreciate the food using five senses. Can Chef Ji-Young Kim give some ideas on how one can use all five senses during a meal?

As you explained, Balwoo Gongyang refers to how Buddhist monks and nuns eat food, a way of eating as part of their practice, regardless of your age, how old or young you are, your status high or low, everybody eats in a very equal way. You take as much food as you are going to eat without wasting any at all, and adopt a mindset of being economical, and of approaching eating food with cleanliness and equality.

You also think about where the food comes from. For example when you have rice, think about how a farmer uses his hands; they touch the rice eighty-eight times before it can even be harvested, and then of course there are many other stages before that rice comes to us. It’s about understanding and approaching food with gratitude, and bearing in mind the hard work and generosity of many others who have come before you in order to get the food there. This is what is meant by using all of your five senses when you are eating.

Looking at the ingredients that you use, it’s obviously a very seasonal cuisine. Is there a particular time of year that’s harder than other times of year…? And is the preservation of ingredients (such as the preserving by pickling and dehydrating) a response to the need to extend seasonal ingredients?

But also depending on the season the same food will have very different nature to it, for example radish that you get in the summer is much firmer, more bland and less refreshing, whereas the radish that you harvest in the winter is softer and more tasty. So the way you cook even the same ingredients is different depending on the season. In the summer you need to boil the radish for a long time whereas in the winter you need to cook it for less time to make it soft and tasty. If the radish outside is frozen during the winter, you can dry it and try to use it in a different way in order to make food.

As you mentioned, because there are less ingredients available in the winter time, all the different methods of preserving and drying and storing food for a long time have really developed a lot. This is also consistent with the Buddhist teachings not to waste any food at all. In the past, when you had temples in the mountainside, ingredients were also hard to obtain, which is why even more so, these preservation methods were developed. 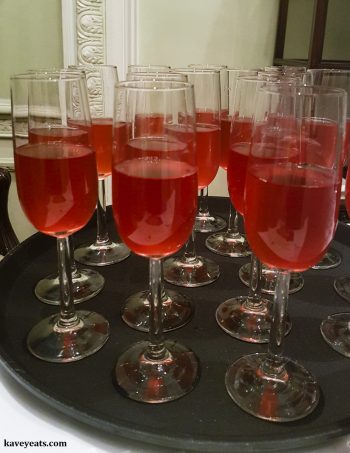 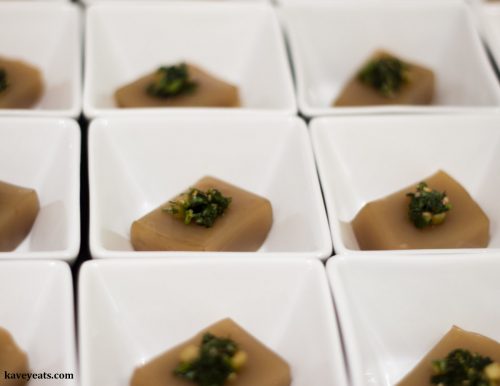 Acorn Jelly With Coriander Soy Sauce – handmade acorn jelly is dressed in soy sauce and coriander that has been fermented for three years. 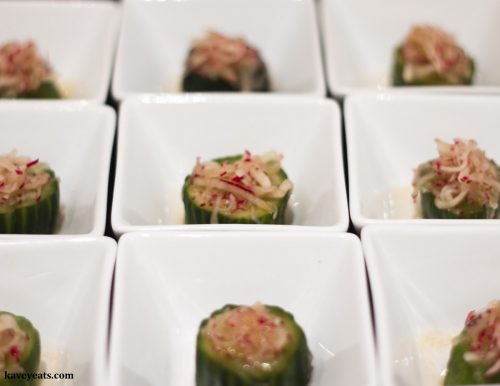 Cucumber Kimchi – this non-spicy kimchi has been fermented in a 3 year-old soy sauce made with pears. 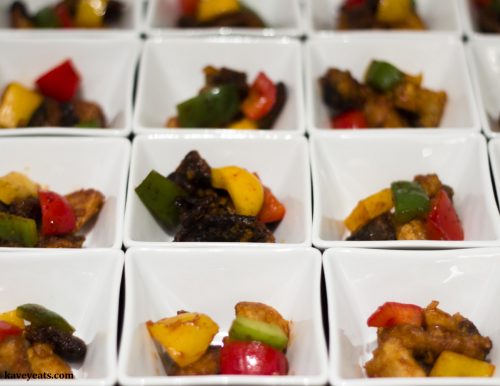 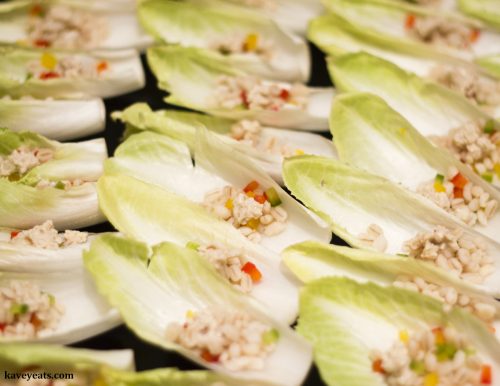 Fermented Tofu Paste On Endive – the tofu used in this dish is from Joposa Temple, famous for using ancient techniques to make traditional tofu. The tofu is fermented in soy sauce for a year before being mashed to make an intense paste, served a fresh leaf. 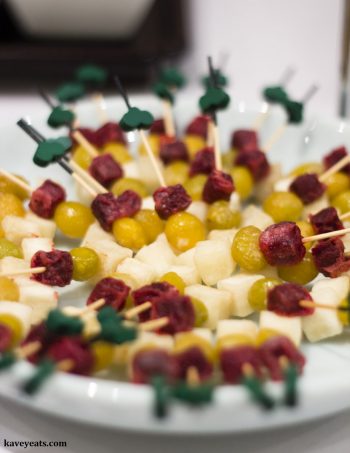 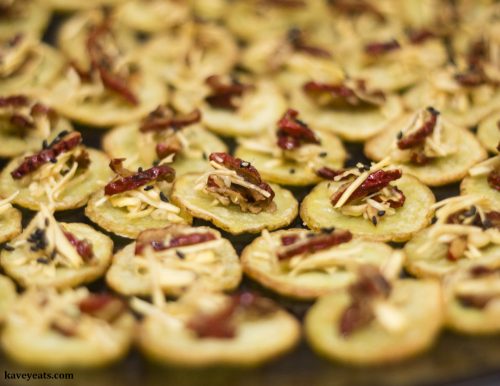 Grilled Potato with Jujubes and Chestnuts 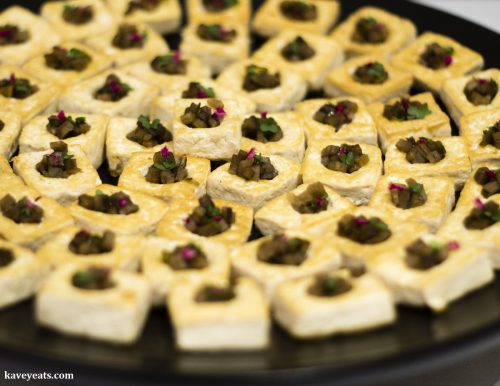 Grilled Tofu With Burdock – soy sauce and handmade rice syrup are used to help the body digest the burdock and tofu. 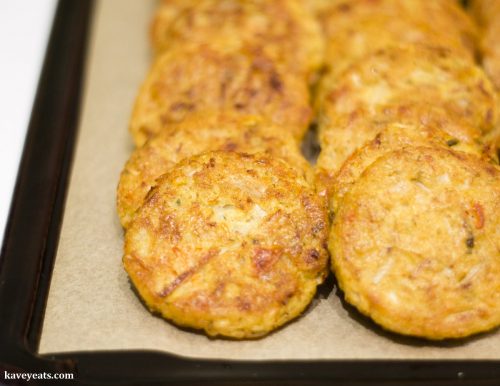 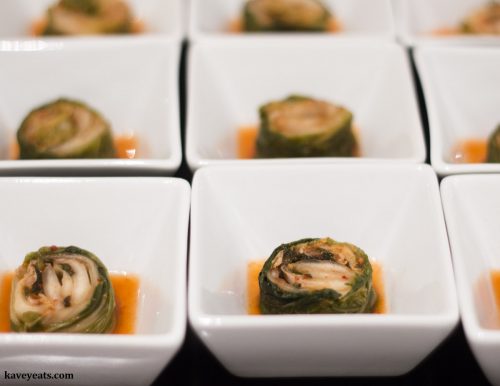 Napa Cabbage Kimchi  With Ripened Persimmons – Instead of the usual kimchi ingredients of garlic and fish sauce, sea staghorn, 3 year-fermented soy sauce and soft, ripe persimmon fruit are used to give flavour to the kimchi of napa cabbage, radish, and mustard leaf. Sea staghorn is an alga gathered from rocky shorelines along the coast, and help to make the kimchi firmer, as well as increasing the calcium and phosphorous content. 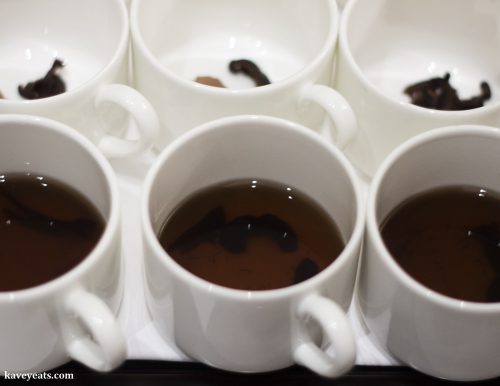 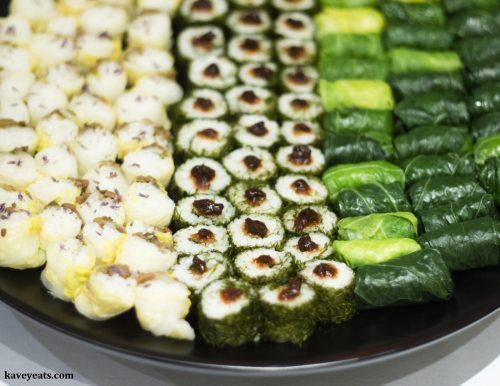 Seasonal Leaf Wraps And Rice – this trio of leaf wraps with rice and seasonal vegetables are flavoured with soy sauce, doenjang, and gochujang. There is also a garnish of gam-tae (ecklonia cava), an edible brown alga species from the ocean between Korea and Japan. 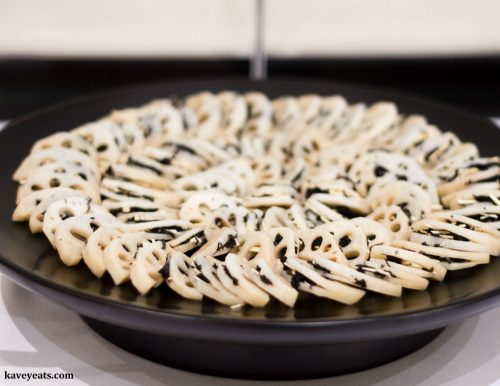 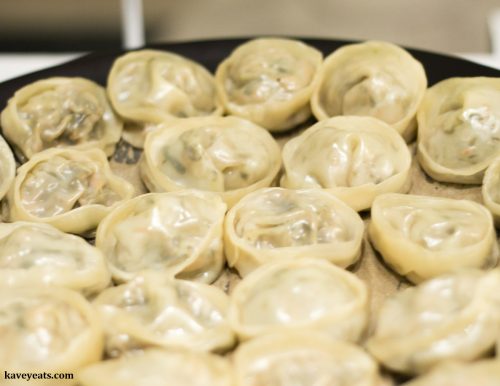 Temple Dumplings With Ailanthus Shoots – the filling of these dumplings is made from  aulanthus shoots, rehydrated shiitake mushrooms, cabbage, carrots, and courgette flour. 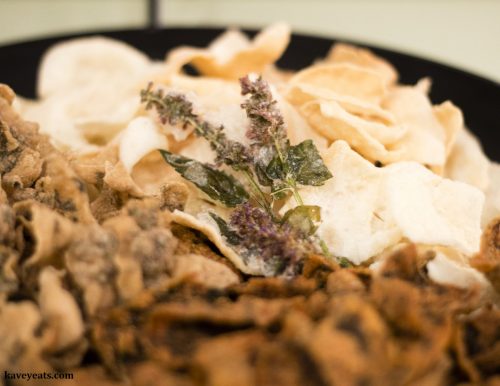 Bugak (Ginseng-Korean Mint-Purple Perilla Chips) – served as dessert, these crackers are made from glutinous rice flour, ginseng salt, gochujang andsoy sauce. Once made, they can be stored for several months before being deep fried to be eaten. 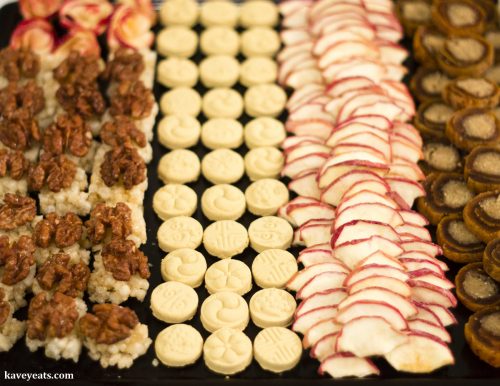 Pine Pollen Cookie – a pine pollen and honey dough is pushed into a mold to imprint the traditional pattern for the cookie.

Candied Apple Punch – apples are boiled in honey to create the punch.

Dried Persimmon Roll with Biota Seeds – seeds from the biota are rolled into a paste of dried persimmons. 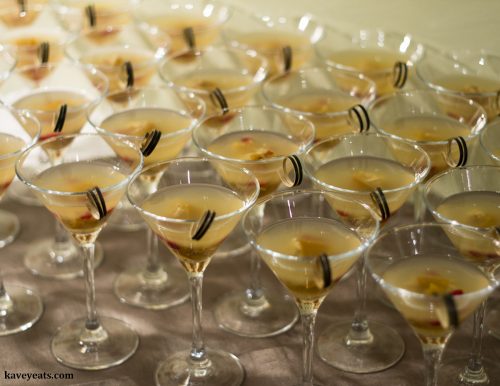 Preserved Stuffed Yuja Citrus – the flesh of yuja citrus frut is removed, mixed with minced jujubes, acorns and honey, and then restuffed inside the peel. The whole yuja is then preserved for a year. 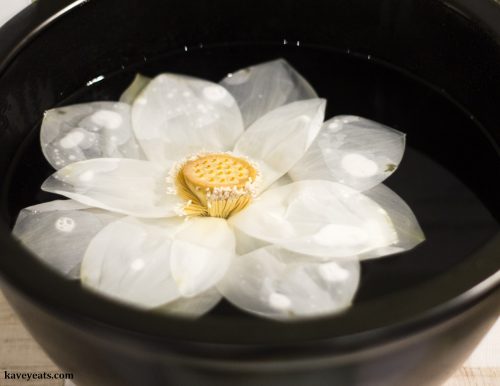 Lotus Flower Tea – the lotus flower is a Buddhist symbol of purity, enlightenment and rebirth. It creates a very subtle infusion. 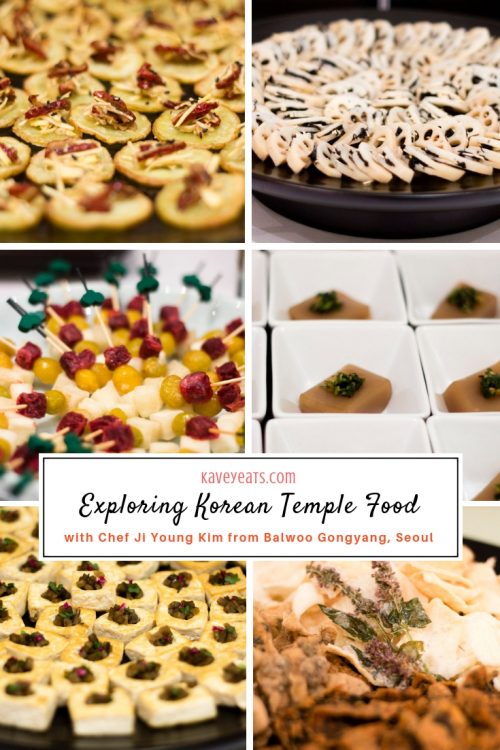 With gratitude to Chef Ji Young Kim, the Residence of the Korean Embassy, the translator, and Emma at William Murray.

Please leave a comment - I love hearing from you!43 Comments to "What is Korean Temple Food? Learning about Vegan Korean Food from Chef Ji Young Kim"