NotLeafy are a food-fixated pair, vegetarian since the mid '80s – if they're not cooking or eating it they're reading, talking or writing about it.

Our love affair with Middle Eastern food began at Uni with a Manchester Asian sweet shop that inexplicably also sold Lebanese dishes. It was affirmed by Lebanese buffet lunches of amazing quality, freshness and value, discovered at the Phoenicia restaurant just off Kensington High Street. Although now closed, memories of the tantalising fragrance of garlic, zaatar and sumac wafting up from bags full of takeaways on the train home will never fade. No surprise, then, that we were drawn to this book. 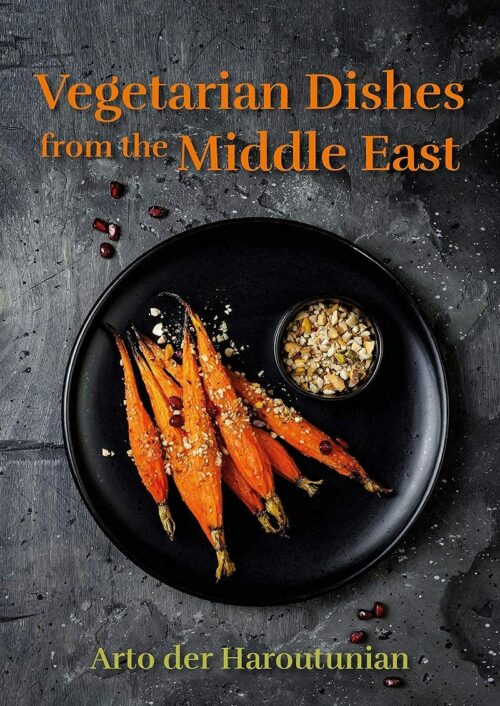 Vegetarian Dishes of the Middle East was written by polymath Arto der Haroutunian who was born in Syria to Armenian parents, survivors of the genocide. An architect and an early émigré from Lebanon, he and his brother opened the first Armenian restaurant in Manchester in 1969, later expanding to six restaurants; the one in London drew luminaries such as Elizabeth David. Sadly der Haroutunian died in 1987 aged 47 leaving a legacy of 12 cookbooks, all intended to promote the culinary traditions of the Middle East.

In this book’s thoughtful introduction, Arto contrasts the meat-centric focus of Middle Eastern food served in the West with the reality of a cuisine fundamentally centred on vegetable cookery. First published in hardback in 1983, it dates surprisingly well; his list of ingredients described as ’not having the recognition they deserve‘ includes sumac, fenugreek and turmeric (which are now widely available in supermarkets) but the descriptions are still a useful guide for the uninitiated.

The contents page replaces the usual omnivore roll-call of soups, starters, salad, meat, fish and vegetables with soups, appetisers, salads and then a custom taxonomy of vegetable dishes. These include ‘egg & cheese dishes’, an entire section on pilavs (31 dishes), a section entitled ’cold and warm dishes’ subdivided into diverse categories such as stuffed vegetables, pastries and then olive oil-based dishes, distinguishing them from regions where ghee or butter is the staple fat. Breads, pickles and sauces also have their own sections, and the final section is, of course, desserts.

Each section is easy to find with its own, green coloured intro page containing anecdotes, jokes, poetry or prose that give the dishes a real sense of place in the cultures that created them. Occasionally a recipe gets its own narrative.

The index is well constructed considering the challenge of dishes named in several languages, for example, ‘leek and walnut eggeh’, also known as kookoo, is listed under ‘leek’, ’walnut’, ‘kookoo’ and ’eggeh’. Fattoush is listed similarly as itself but also under salads as ‘bread salad’, making it easy to find a dish if you have forgotten the name or are trying to cook from ingredients.

While each recipe is titled in an indulgent and attractive eastern-style font, the main text is in a plain font which is easier to read when your other eye is on a pan. Most of the recipes are straightforward enough for relative beginners and are on a single page but what is especially good is that the longer ones separate the ingredients and method on opposite pages. The methods, however, are not divided into stages so you do need to read through them beforehand to get the process clear in your head.

There are no timings, which doesn’t bother us because we generally find most recipe book timings are only suitable for Masterchef Professional contestants. Portion sizes are not listed but, if you manage to spot it, there is a sentence on the acknowledgements page that explains they are all for 4-6 people.

Eggeh was one of our favourites in Manchester but we haven’t seen it on a menu for a long time, so we were keen to make the leek and walnut version. The nuts had to be cut finely, so we found a chopper useful to prepare the quantity needed and, as in the other recipes we tried, reduced the amount of salt to our taste. Cooking temperatures don’t include fan settings, so we preheated decreasing by the usual 20 degrees. There was no need to worry that the mixture seemed egg-light when ready for baking. It came out of the oven firm and tasty, leek in the ascendant but the nuts adding a mellowness and crunch that made us glad there was enough for two more starter helpings. Definitely something we want to cook again and a great vehicle for leek. 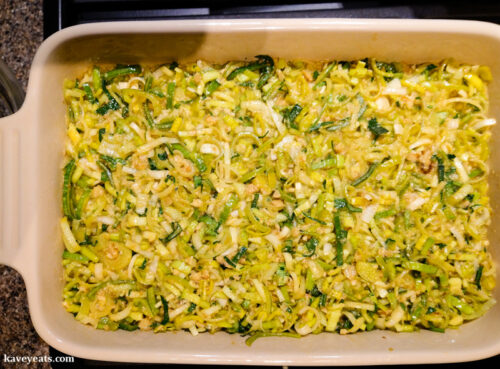 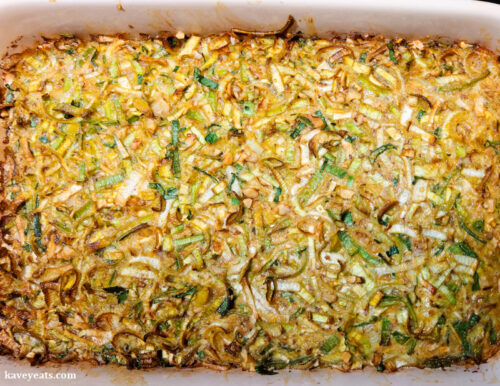 To accompany our eggeh we went for ‘fattoush’, a bread salad we have eaten many times. Arto’s take on it is a no-surprises classic with green peppers and lemon juice, though without the usual sumac. Type of bread is not specified and we used the excellent Syrian flatbread made fresh at our local store, which worked well. The dish was simple to put together and the quantity enough for four portions. 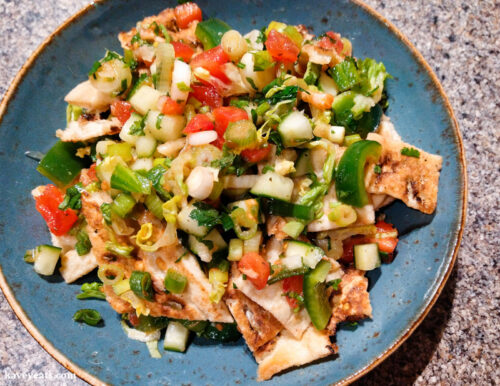 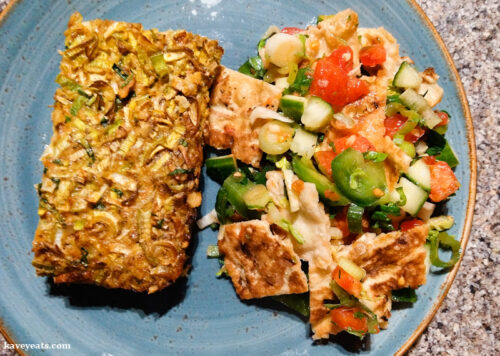 Mr NotLeafy loves anything with rice in and Madame had a childhood favourite pilav made with mushrooms and peas, so we couldn’t resist trying ‘harem pilav’ which features mushrooms, avocados, and tomatoes. There’s no cultural history presented with the recipe but the wine in the rice perhaps hints at a colonial French influence. Presenting the veg in a ring of rice, as advised, gave the finished dish a pleasantly retro look, however, the tomato sauce with its mix of mushrooms and avocado was refreshingly unlike any other tomato sauces we’ve made. Halving the recipe and using a small avocado in place of half a larger one made a lunch for two and no waste. 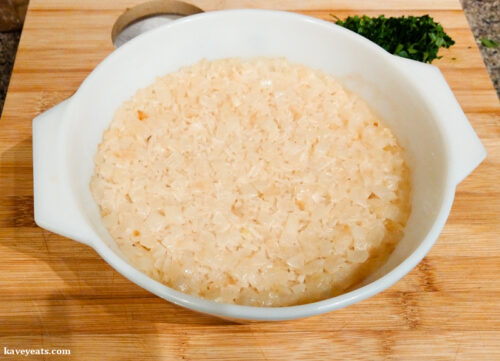 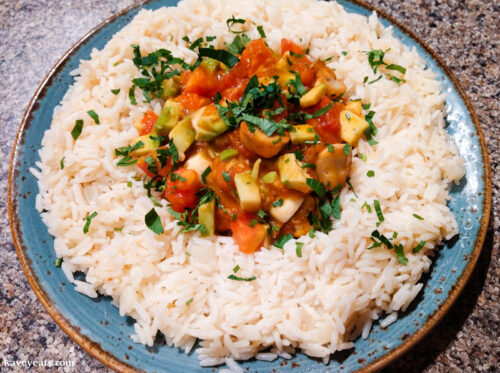 For that cliché ‘easy mid-week meal’ we chose macaroni with a Middle Eastern sauce. This is a dead simple recipe which tells you to cook macaroni and mix it in with a no-cook tahini sauce recipe from another page. The sauce includes lemon juice, garlic, chilli and parsley which, after an initial alarming thickness, blended perfectly for the right effect. We prepared the sauce in advance so the flavours melded nicely and a 3-minute macaroni made it as much of a domestic ordeal as instant noodles, but with a far more satisfying outcome. The full recipe served hot fed us well as a standalone main course and would work for four alongside another dish. It’s another keeper, although we will opt for a stronger chilli presence than that provided by the recipe’s measure of the Aleppo chilli flakes. 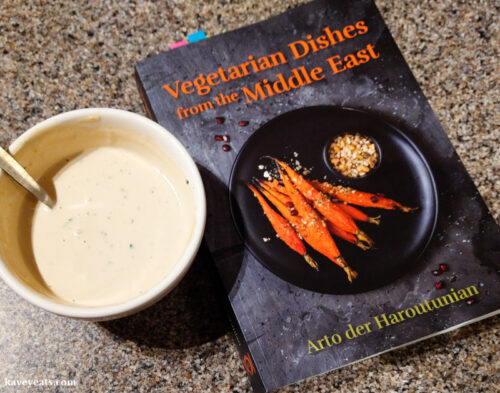 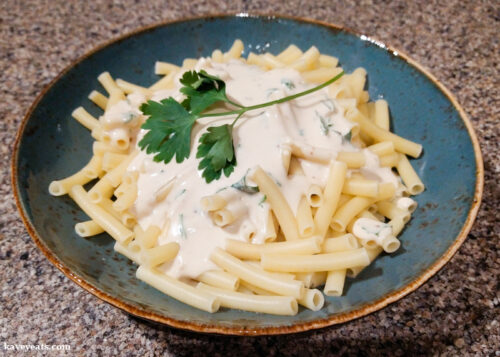 This book was pioneering when first published and we are disappointed that the publishers didn’t take the opportunity of treating this paperback version to some contemporary photos showcasing the vibrancy and colours of Middle Eastern vegetable dishes. There are perhaps too many dishes for images of every single recipe but inserting photo pages of some of them would considerably increase the paperback version’s shelf appeal. By chance we got hold of a 2008 hardback edition and it’s a complete clone, save for the stiff spine and mundane dust-jacket photograph of three raw aubergines. Pictures are also a great guide on how to present dishes, there are some diagrams for those requiring more complex folding or cutting and the harem pilav includes serving instructions, but you will have to search elsewhere to be confident that they look right.

This book reminds us in some ways of The Silver Spoon, the Italian food bible that is full of both classics and lesser-known dishes for cooking at home. Its scope is large but, while ‘cauliflower and pear pie’ may catch your eye, browsing it without graphic visuals is not without effort. You have to stop and read through recipes like ‘green peppers stuffed with carrots’ or ‘rich vegetable stew’ to see if they excite you. We recommend it to serious cooks who want to explore this cuisine because, once you have started using it, it will reside on your kitchen shelf, not on your coffee table.

Recipes from Vegetarian Dishes of the Middle East

We are delighted to share these three recipes from the book, with permission from publisher Grub Street. Coming soon, one per day from tomorrow!

You may also enjoy these Middle Eastern recipes.

Please leave a comment - I love hearing from you!6 Comments to "Vegetarian Dishes of the Middle East by Arto der Haroutunian"