London has been shaped by so many architects over the centuries. One of the foremost of the modern era is Lord Norman Foster; he and partners within his architectural firm have designed so many iconic buildings, not just in London but across the UK and all around the world.

Indeed, I didn’t even realise until just now that the image I had already chosen for his quote – of the British Museum’s Great Court and its spectacular glass roof – was actually one of Lord Foster’s projects! The new space opened in 2000, transforming the use of this huge central space and is one of London’s most popular attractions.

As the quote says, even though there is so much to see and explore around the world, including so many incredible and fascinating cities, nowhere on earth is quite like London! 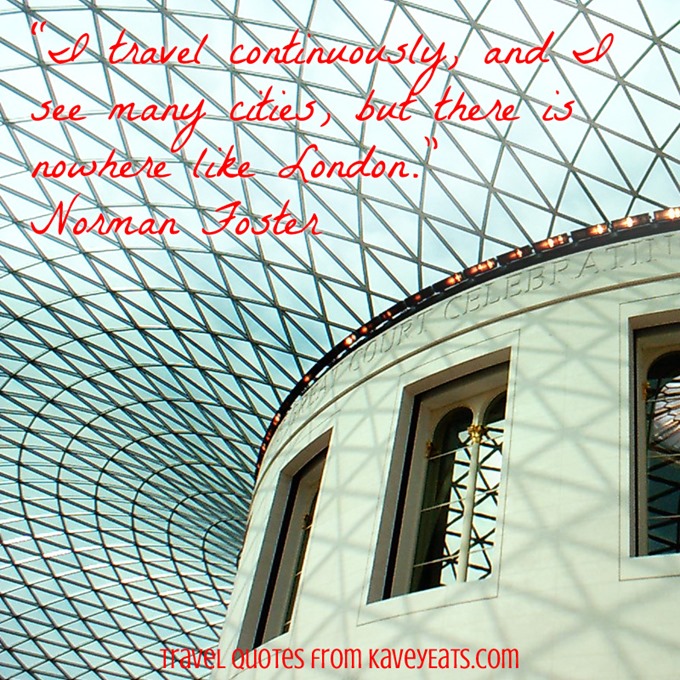 Please leave a comment - I love hearing from you!9 Comments to "Travel Quote Tuesday | Norman Foster"