When I think of Vietnamese food I think of balance. Balance between five fundamental flavour elements – spicy, sour, bitter, salty and sweet –  and balance between the physical senses, with dishes designed not only to delight the tongue but also to provide pleasing aromas and an appealing appearance. Even sound and touch are considered, with a variety of textures creating crunch and many items enjoyed as finger food.

Vietnamese food is refreshingly light with wonderfully fresh, clean and punchy flavours. Fish, meat, tofu, vegetables, rice and noodles are lifted by a few spices, an abundant use of fresh herbs along with pungent fish sauce, dried shrimp in various forms, peanuts, tropical fruit and chilli.

A growth in tourism to Vietnam during the last two decades has resulted in greater interest in this cuisine in the UK, with Vietnamese restaurants also becoming increasingly popular here.  But for those with an interest in global cooking, it’s also a rewarding cuisine to master at home. 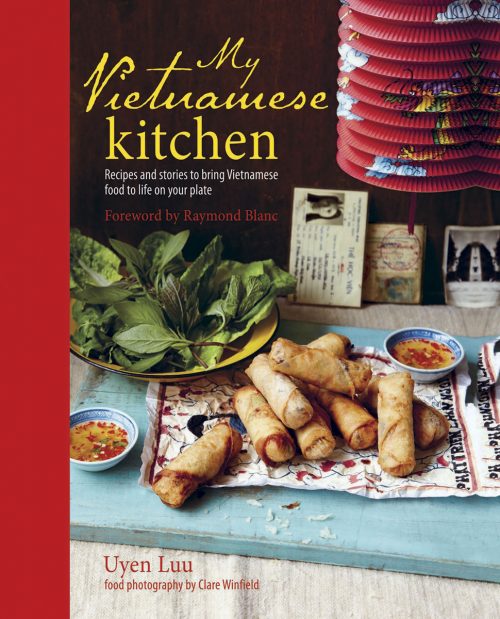 Uyen Luu emigrated from Vietnam to London when she was five years old. Today, she is a successful food writer best known for the popular supperclubs and cookery classes she runs from her home. Many celebrity chefs have knocked on her door to learn about authentic Vietnamese cooking.

In her first book, ‘My Vietnamese Kitchen: recipes and stories to bring Vietnamese food to life on your plate’, Luu reveals how the expression of love and the enjoyment of food are inextricably linked, sharing memories of her grandmother’s front room noodle soup restaurant in Saigon, and her mother’s quest to recreate the dishes of home despite the scarcity of key ingredients in the UK.

Vietnamese meals don’t consist of starters, mains and desserts, she explains, but of many dishes served at once, family style. Each of the recipes Luu shares is beautifully illustrated – quirkily styled food photographs are interspersed with Luu’s own vibrant travel photography from her regular trips back to Vietnam.

My personal favourites include Luu’s ‘Caramelised Sardines in Coconut Water’, her ‘Tofu and Tomatoes in Fish Sauce’ and her ‘Omelette Baguette with pickled carrot and mooli’. 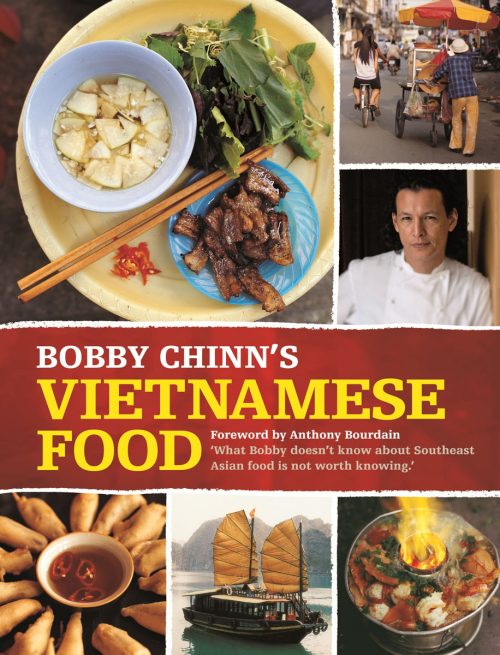 Bobby Chinn is a larger than life character with a life story to match. Describing himself as an “ethnic mutt”, he is half Chinese-half Egyptian and grew up in New Zealand, England and America. The story of how he came to be an expert in Vietnamese cuisine is a fascinating one, covered in detail in his book, ‘Bobby Chinn’s Vietnamese Food’.

Throughout the book Chinn regales us with tales of setting up restaurants in Vietnam, endearingly honest about his mistakes and his own propensity to sabotage his efforts. With hard work, determination and loyal supporters, he succeeded and became a recognised authority on the cuisine in the process.

The chapter on the history, geography, dishes and cooking techniques of Vietnamese food is detailed and thoroughly fascinating. He also provides an unusually comprehensive guide to core ingredients which is a helpful introduction to the recipes.

Over the years, Chinn has persuaded many local street food traders to reveal their secrets to him. In this book he shares both traditional recipes and his own modern interpretations, developed for his restaurants.

Try Chinn’s food for yourself at The House of Ho in the heart of Soho, London. 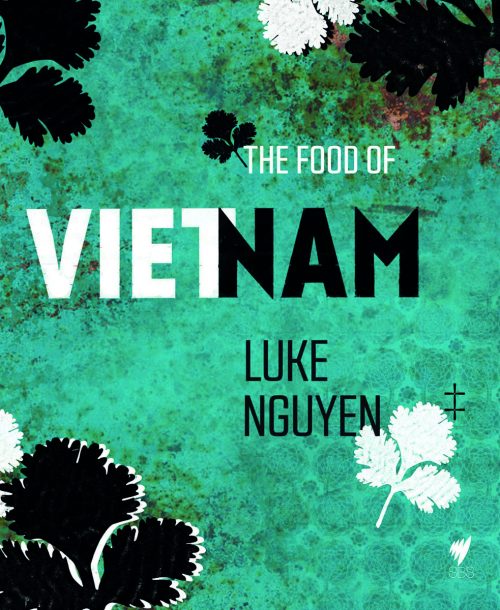 Luke Nguyen is a successful Australian restaurateur, television presenter and food writer with several cookery books under his belt. The first, written predominantly by his sister, shared the ‘Secrets of the Red Lantern‘, their Vietnamese restaurant in Sydney, and the story of their parents’ escape from Vietnam to Australia in the 1970s.

Since then, Nguyen has made many journeys to Vietnam and her neighbours, to explore the food and culture of his country of heritage.

‘The Food of Vietnam’ is Nguyen’s fourth solo title and in it he shares recipes from the length of the country, learned in restaurants and marketplaces, in backyards and in the kitchens of family, friends and strangers alike. Divided geographically, the book provides an introduction to each region, stories from Nguyen’s travels and of course, plenty of recipes. The travel photography is evocative, and will certainly make you want to visit for yourself. The food photographs are similarly bright and colourful, perfectly showcasing the classic recipes of Vietnam.

This heavyweight book is perfect as both coffee table tome and keen home cook’s resource.