The Little Ships opened its doors earlier this summer, and is already a popular addition to Ramsgate’s restaurant arena. It’s owned and run by the Royal Harbour Hotel, where we stayed during our visit and is their second restaurant after The Empire Room. 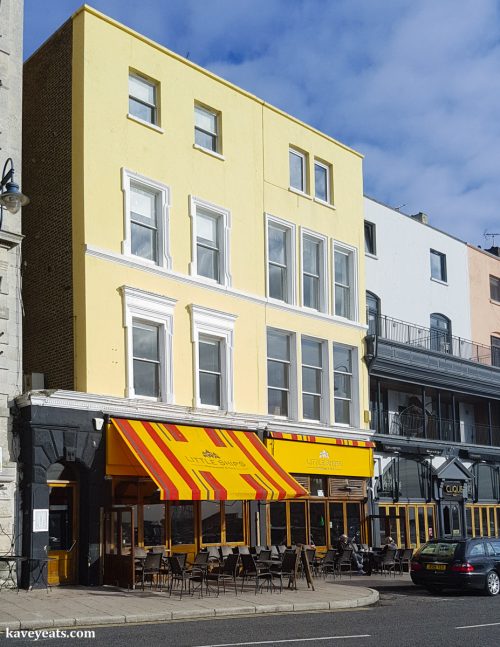 Offering all day dining, customers can order from a dedicated brunch menu until noon, and then the main menu for lunch and dinner. Its enviable position looking out over the marina of Ramsgate’s Royal Harbour is a handy location for locals and visitors alike. 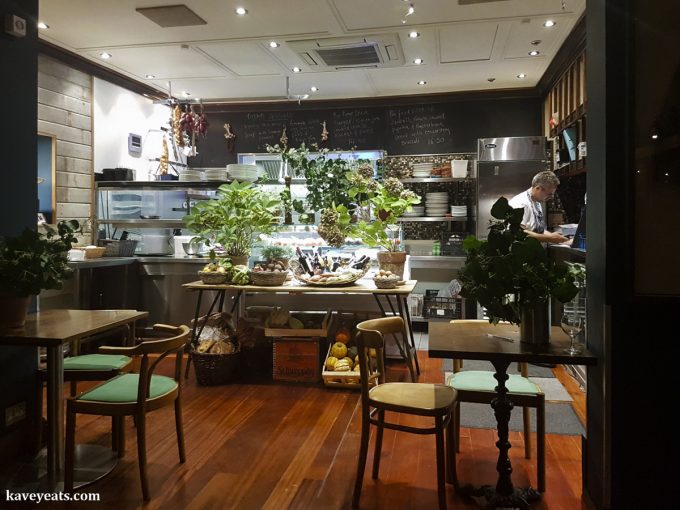 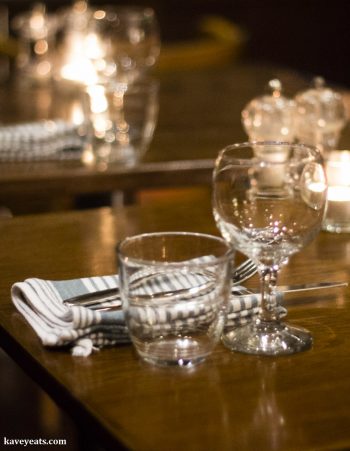 We like the interior – casual, attractive and comfortable. Wooden tables echo the wooden flooring, and the walls are clad in reclaimed planks, giving an understated nautical feel.

In a frame on the wall hangs owner James’ grandfather’s military uniform, complete with the medals James discovered in a pocket when getting the jacket dry-cleaned to put on display. While Little Ships isn’t as history-themed as The Empire Room, there are some small historical elements including an informative panel on the back of the menu detailing the region’s role in the Dunkirk evacuation. 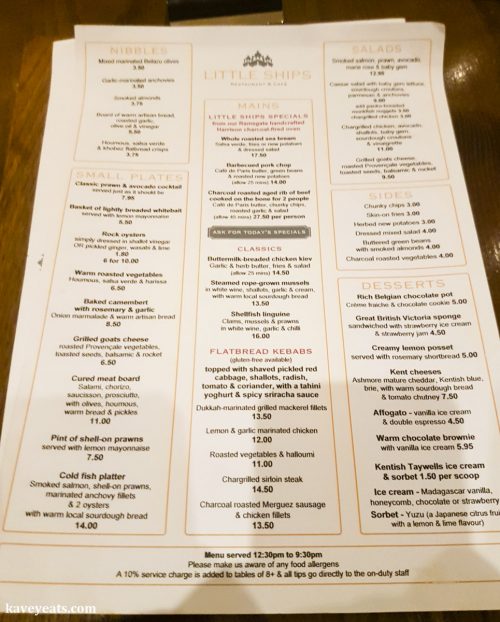 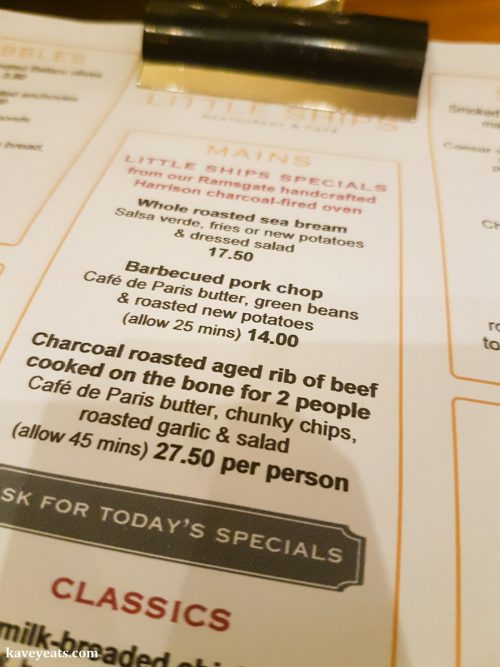 At the helm of Little Ships is Chef Craig Mather – we had the opportunity to chat to Craig about the menu and more during our visit...{click to read more}

He told us how he was approached almost three years ago by James Thomas, who owns the Royal Harbour Hotel, its onsite restaurant The Empire Room, and now Little Ships, with an invitation to take the position of head chef at The Empire Room.

With Craig’s background as an experienced Michelin level chef, not to mention as the chef behind successful Ramsgate fish restaurant Eddie Gilbert’s (now closed), he was a great choice to elevate The Empire Room’s cooking to a higher level, and the offer tempted him away from the position of lecturer at the local college, where he’d been teaching the next generation of chefs for the last five years.

Recounting the timeline for this year’s launch of The Little Ships, Craig told us how James purchased the property at the end of the June and opened in early July, giving them scant time to refurbish the whole space. A lot of Craig’s time was spent on sorting out the kitchen; indeed even on their opening day, new gas pipes were still being fitted! Given the scorcher of a summer we’ve had, they were packed from the day they opened, and Craig was cooking for 1000 covers a week all on his own, 7 days a week for the first few weeks until they were able to get a kitchen team established.

In terms of the menu, James wanted the Little Ships to be an all-day restaurant, with a casual and familiar menu that would appeal to both day time and evening diners. The brunch menu covers the morning through to noon, and then there’s one main menu through lunch and dinner. Fresh fish was an essential, given the harbour location and excellent quality fish available in the area. Indeed, it’s pride in their local ingredients (bread, fish, meat from local butchers, vegetables from a local vegetable seller and local allotments, eggs from a local farm and so on) that is the reasoning behind the open pantry display just in front of the kitchen, showcasing their produce to customers. But Craig also wanted to offer familiar classics to those who may not want fish, hence the inclusion of dishes like chicken Kiev, pork chop and a burger on the menu.

Particularly popular are the flatbread kebabs, with chicken, steak, merguez sausage and mackerel to choose from served with a salad and flat bread, customers can either roll them up and eat with their hands, or use their cutlery if they prefer to be a little more formal.

Another key detail is the use of a Harrison charcoal oven, used for 80-90% of the cooking, and installed during the kitchen refit. It’s made in Ramsgate by a husband and wife team who moved to the area from London a few years ago and started the business from scratch. Given the popularity of Josper Grills and Big Green Eggs in professional kitchens, the use of a charcoal oven is definitely on trend! 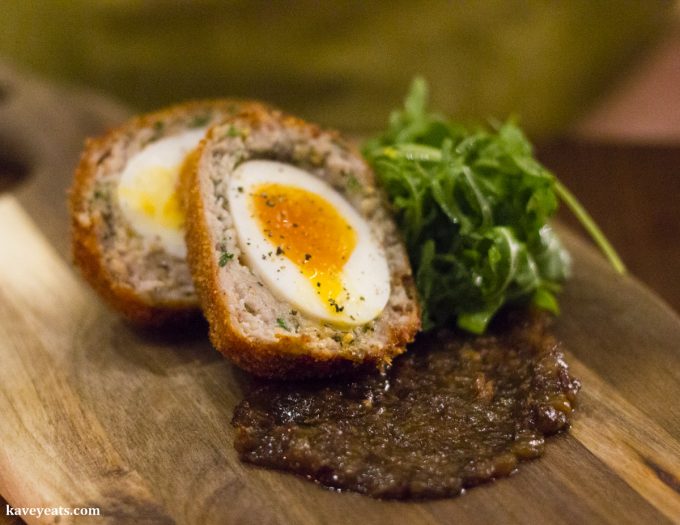 From the daily specials menu, Pete started with the Homemade Scotch egg with bacon jam (£5.50) and it was exactly what you want from a scotch egg. Juicy, well-flavoured sausage meat around a perfectly cooked egg, a lovely crisp crumb and the most fabulous bacon jam, deeply savoury with a lovely sweetness too. 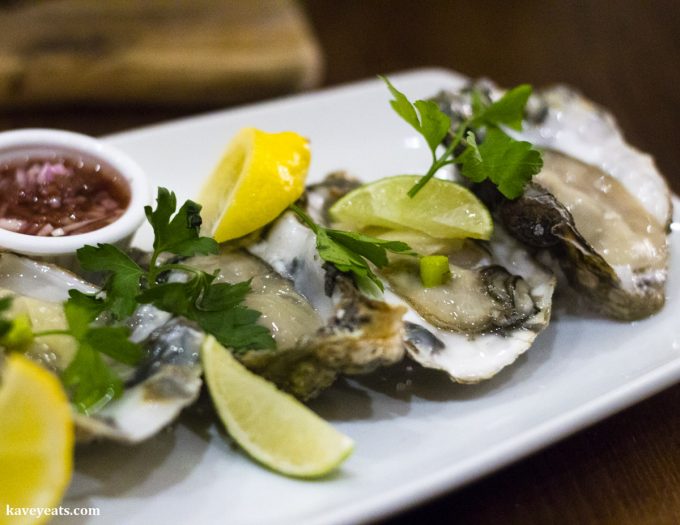 I went for 6 Rock oysters (£10), three with shallot vinegar and three with pickled ginger, wasabi and lime – you can have all six the same way if you prefer. The oysters were beautifully fresh, and I loved them both ways, though the wasabi was super strong and made my eyes water a little, neither it nor the ginger overrode the fresh flavour of the oysters. 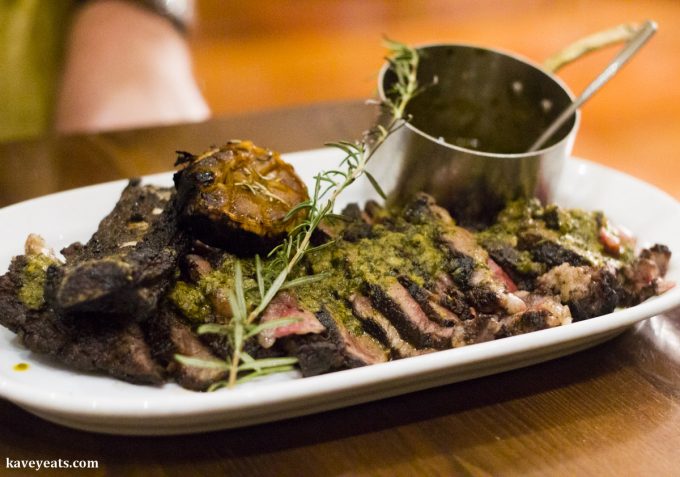 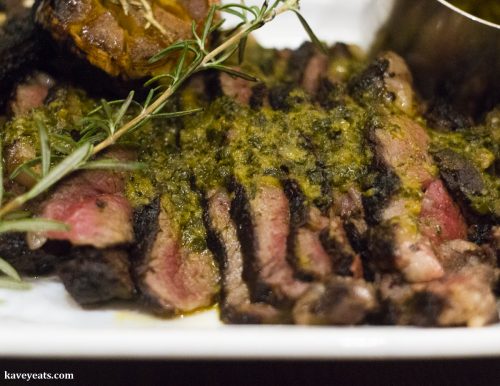 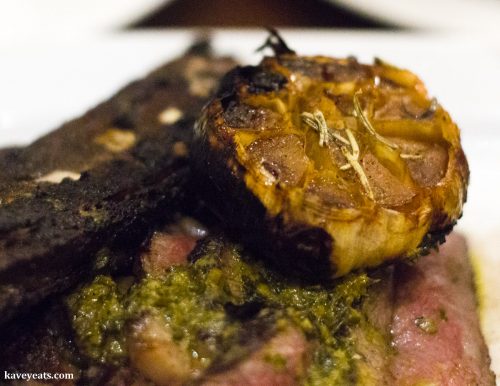 Most main courses on the menu come are priced from £11 for roasted vegetable and halloumi flatbread kebabs, to £17.50 for a whole roasted sea bream with salsa verde, potatoes and salad.

But if you want to push the boat out, order the Charcoal roasted aged rib of beef cooked on the bone for 2 people (£55) listed under the Little Ships Specials section of the menu. Served with Café de Paris butter, chunky chips, roasted garlic and side salad, the beef is cooked in the restaurant’s locally commissioned Harrison charcoal-fired oven, with a menu note advising a 45 minute cooking time.

The beef was so perfectly cooked, beautifully juicy and tender without being pappy, and with such great flavour. The taste was boosted further by the delicious Café de Paris butter and the sweet, sticky roasted garlic. It was a generous serving too – we could easily have shared it between three, rather than two. 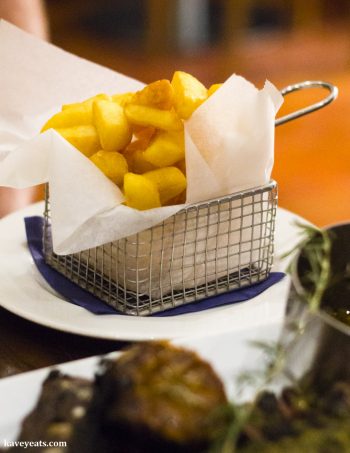 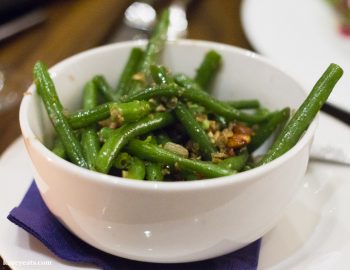 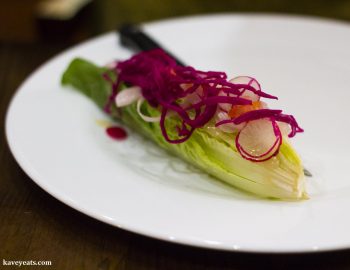 The chunky fries were good ones, large, crisp and fluffy, though a thumbs down for the clichéd faux-fryer-basket they were served in. The salad, I think, must be the same as comes with the flatbread kebab dishes – I’m not sure the pickled cabbage worked with the beef, but everything was super fresh and crisp, with a refreshingly light touch dressing.

I also ordered a side of Buttered green means and smoked almonds (£4) which were delicious, but over-cooked for my preferences, I like hint of firmness left in them. 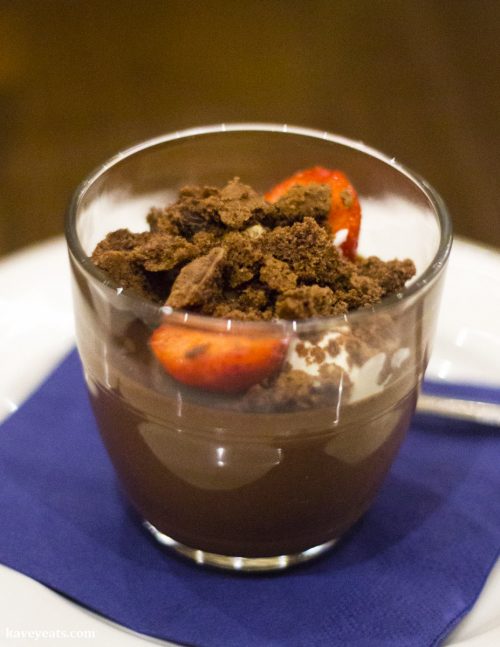 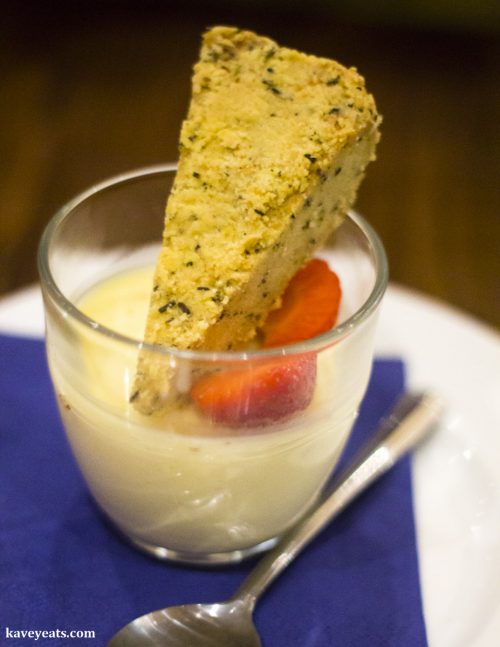 Yes, you’re right that we really, really didn’t need dessert after the immense rib of beef but we soldiered on regardless.

The Rich Belgian chocolate pot with creme fraiche and chocolate cookie (£5) was excellent, with a smooth, thick texture and great chocolate flavour. The crumbles of cookie were a nice garnish.

Because of our extravagant choice of mains, our bill came to £97, plus service. We felt that was reasonable, especially given that we’ve recently paid not far off that for some distinctly average meals in London lately. That said, you could easily enjoy three courses and a glass of wine for £30-35 per person, if you don’t choose the rib of beef!

Kavey Eats reviewed Little Ships as a guest of the Royal Harbour Hotel.

Please leave a comment - I love hearing from you!24 Comments to "The Little Ships Restaurant & Cafe, Ramsgate"