Camilla Stephens began her culinary career developing food for (UK-based) coffee chain, the Seattle Coffee Company. When it was bought out by Starbucks, she stayed on board creating tasty treats to be sold across the chain throughout the day. Somewhere along the way, she learned to make really tasty pies. Fast forward several years to 2003 when Camilla and husband James created Higgidy, selling beautiful handmade pies – even though the business has grown phenomenally in its first decade, every single pie is still shaped and filled by hand and the product range now includes a variety of quiches too. There are more traditional recipes such as beef, stilton and ale in a shortcrust pastry case and bacon and cheddar quiche, as well as more inventive recipes like sweet potato and feta pie with pumpkin seeds.

Pete and I aren’t averse to buying ready made meals so we’ve enjoyed Higgidy products at home a number of times. The key to their success is that they really do taste home made. 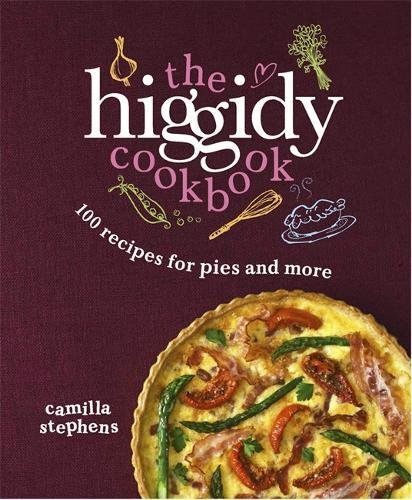 Hence we had high hopes for Camilla’s recently-released Higgidy Cookbook, promising “100 Recipes for Pies and More”. [A new and updated edition called Higgidy: The Cookbook was published in 2018]

Of course, many of these recipes are wonderfully hearty, making themperfect winter warmers at this this cold, dark and wet time of year.

So far, Pete’s made two recipes from the book and we have been delighted with both. The hearty lamb hotpot was a classic; simple to make, tasty and warming to eat. The pork and apple stroganoff pie with cheddar crust was fantastic. 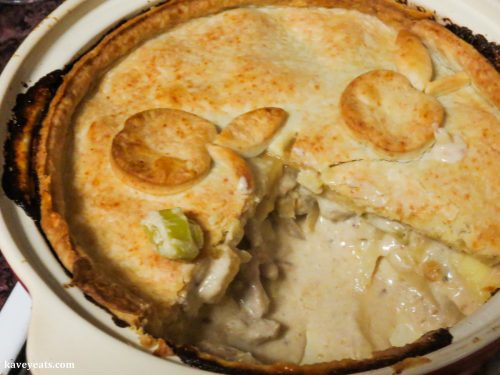 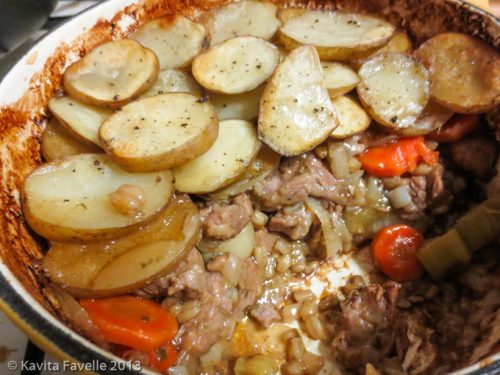 Oddly enough, after making (and blogging) an apple pie with an almost identical design on top (which I made before having seen the Higgidy pie photograph) a discussion on twitter had got me thinking about trying apple pie with a cheddar crust, so finding this recipe soon afterwards was serendipitous! It didn’t disappoint.