Welland’s Farmers Market in Niagara-on-the-Lake is not nearly as vast as the mind-boggling markets I visited in Montreal and Quebec but it’s plenty big enough to offer a wide selection and is a wonderful place to buy local and regional produce. Fruits, vegetables, fresh meat and dairy, cheese, honey, charcuterie, baked goods and other food and ... Read more »

Long before I started this blog, I was sharing recipes online at Mamta’s Kitchen, our family cookbook on the web, named after my mum who has contributed the bulk of the recipes, with many more given by family, friends and readers. Mamta’s Kitchen has been going strong since 2001 and is a wonderful way to ... Read more »

As you may have gathered from my enthusiasm about visiting the National Fruit Collection at Brogdale recently, I am a big fan of apples and love to enjoy British apples in season. We planted a Cox’ Orange Pippin in our back garden a few years ago, and inherited a Bramley (cooking) apple and what we ... Read more »

I love home-made ketchup, and it’s even more satisfying making it from home-grown tomatoes. In the past, I’ve made several batches with red tomatoes and a couple of batches with green ones but this is the first batch I’ve made with beautiful orange sungold tomatoes, a variety we’ve been growing for the last few years. ... Read more »

I posted recently about different methods of preserving food, with a particular focus on home canning. My first experiment last year was salmon, new potatoes and shallots in olive oil but as I was only able to heat treat at 100°C, I’m not confident about having eradicated the risks of botulism, so will likely discard ... Read more »

I’m very used to making jams, jellies, chutneys, ketchups and pickles, all of which require basic sterilisation of jars, easy recipes and a straightforward process to fill and seal the jars. In these recipes boiling helps kill harmful bacteria and yeasts as well as reducing the moisture in which they thrive; sugar or acid stops ... Read more »

The two apple trees on our allotment gave us a whopping 55 kilos of apples this year; 34 kilos of cookers and 22 kilos of eating apples. And that’s just what we picked – we left some cookers on the tree for our plot neighbour to enjoy. Some of them we processed at the time, ... Read more »

The Pershore Plum Festival celebrates plum growing in and around the Worcestershire town of Pershore. Many varieties are grown in local orchards, including Victoria, Monarch, Greengage and many more but, of course, the varieties that are most celebrated during the festival are those named for the town, Pershore Purple, Pershore Yellow Egg and Pershore Emblem ... Read more »

It’s not been a great year for growing, with plants confused by a very early faux-summer followed by months of endless rain and cold. But we did enjoy harvesting summer fruit from our allotment plot in mid July, bringing home tubs of redcurrants, blackcurrants, gooseberries and raspberries. I’m not a huge fan of redcurrants but ... Read more » 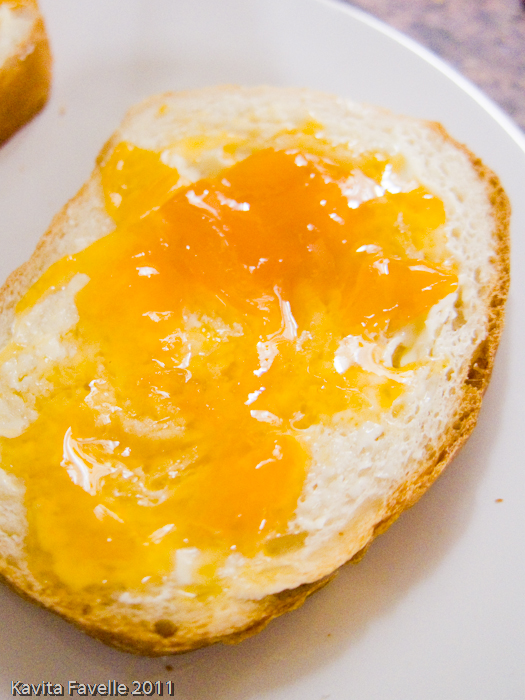 Every time I eat some of Nidal Rayess’ apricot jam, which I’ve eked out with unusual willpower, I chide myself for not having shared the experience of our day visiting Nidal at his factory in Lebanon, last spring. So, extremely late though it is, I am finally sharing another Lebanon highlight. Nidal Rayess is the ... Read more »