This post contains Amazon affiliate links; we earn commission from qualifying purchases.We received a review copy of this book.

Snowflakes and Schnapps by Jane Lawson has a Scandinavian feel about it, focused as it is on hearty dishes with a winter theme. But actually, Australian-born Lawson covers a much wider swathe of Europe in this tome. 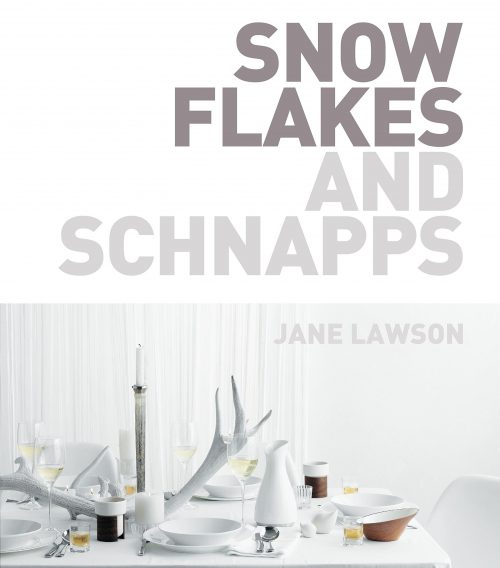 The book’s blurb invites us to “Join Jane Lawson as she takes you on a culinary journey through the magnificent cold-climate cuisines of the snow-cloaked regions of northern, central and eastern Europe. From the seaside towns of Scandinavia, to the alpine villages of Austria, from the ski fields of France, to the fairy-tale castles of Germany, and as far afield as the white-blanketed cities of Russia and beyond, comes this enticing collection of traditional recipes with contemporary flair.”

But whilst the book is beautiful, I think the styling may have been taken a little too far. Chapter titles are too cute for comfort: Baby It’s Cold Outside (snacks, soups, and warming drinks); Warmed To The Core (breakfasts and slow-cooked dishes); Diamonds And Fur (more decadent recipes, bringing out the bling for entertaining); and Dreaming of a White Christmas (presumably dishes fit for seasonal and celebratory feasting).

It’s also disappointing, in a book described as a culinary journey, to find no introduction or even description of the recipes at all, let alone the places, peoples and cultures they hail from. Whilst it’s clear that Lawson has taken broad artistic license with the recipes, taking inspiration from the cuisines of the countries she visited rather than producing a faithful record of authentic methods and ingredients, this lack of background information makes it much harder to connect to the recipes, to understand their textures and flavours, and be drawn into making them.

Perhaps it’s for this reason that I went for the familiar, a dish that I already associate with the snow-covered reaches of Northern Europe and remember from the many visits to Sweden I made during my childhood. Lawson’s meatballs with vodka dill sauce may not be exactly the same as Swedish köttbullar but they look pretty close. 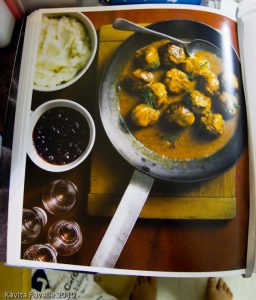 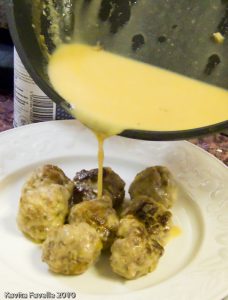 My only negative would be that adding so much of the vodka into the sauce right at the end gave the finished sauce a far too astringent vodka taste. In future, I’ll either add all or most of it before bringing the sauce to the boil or simply use less overall. (And this coming from someone who rather likes boozy sauces).

On the basis of this recipe, I’m hopeful about the success I might have if I tried some of the others, though many of them seem to be more complicated and time-consuming than I have patience for. The problem for me remains the lack of any introduction to each recipe, and the lack of background information overall about the countries Lawson took inspiration from and the original dishes she used as a starting point for her own recipes.

Many thanks to Murdoch books for the review copy of Snowflakes and Schnapps.