Yokahama China Town is said to be Japan’s largest. There are others in Nagasaki and Kobe – all three were among the first Japanese ports to open to foreign trade and many Chinese traders settled there in the years to follow.

Nagasaki is the oldest of the three, established in the 17th century, and is said to retain more of an authentic Chinese character. I hope to visit next time we travel to Kyushu on a future trip.

Yokahama didn’t open to foreign traders until 1859 but grew to cover a larger area. Today there are around 250 shops and restaurants in the district, mostly catering to the tourist trade. 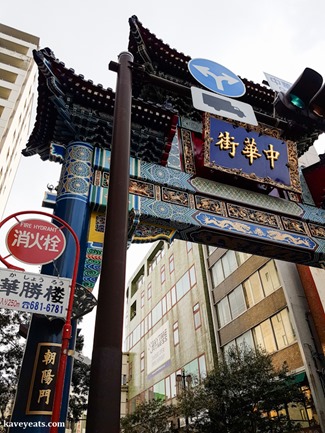 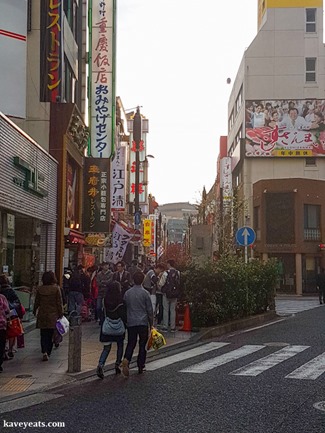 Choyo-mon gate and the streets just beyond

There are four tall and attractive gates at the entrances to Yokahama China Town, and a few more within the area. We entered via the East Gate, Choyo-mon. 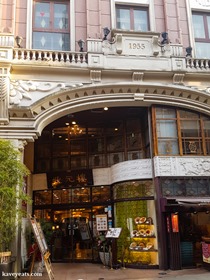 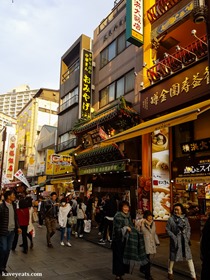 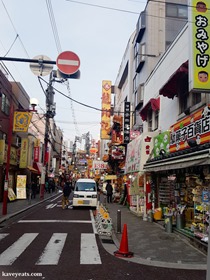 The main thoroughfares are reasonably wide, and thronged with visitors. 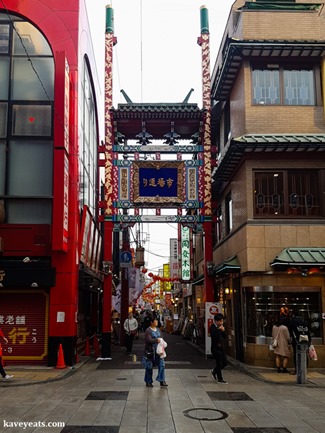 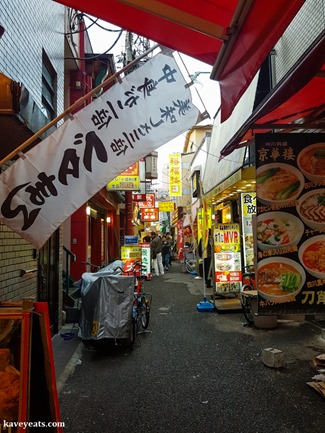 Side streets in Yokahama China Town

These are crossed by much narrower streets that are far less busy. 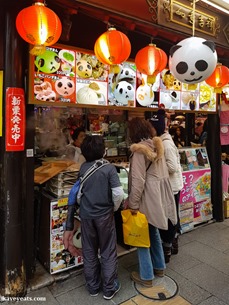 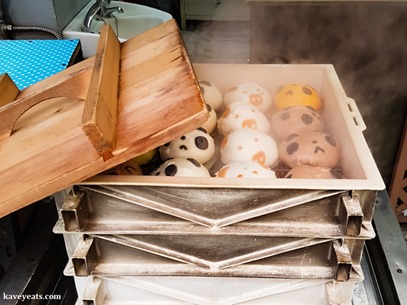 Some of the street food snacks are very cute – panda-shaped steamed buns, anyone? 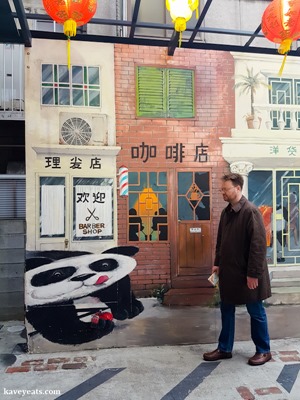 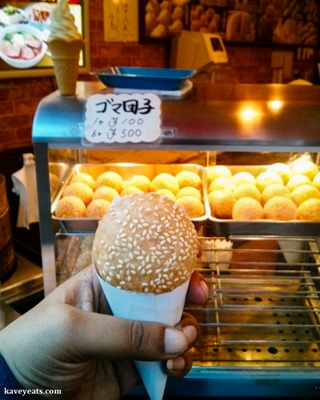 Pandas are also a popular theme for souvenir shops and even local murals.

My favourite snack was the jian dui (known in Japan as goma dango), served piping hot in a little paper cone. I love these chewy hollow balls coated in sesame seeds and with a pellet of sweet red bean paste inside and this was a really tasty one. 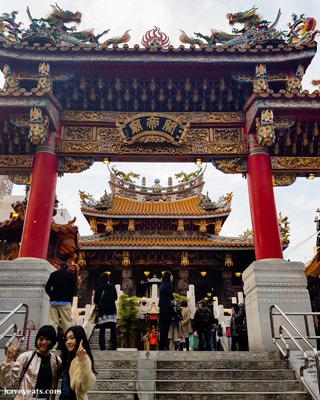 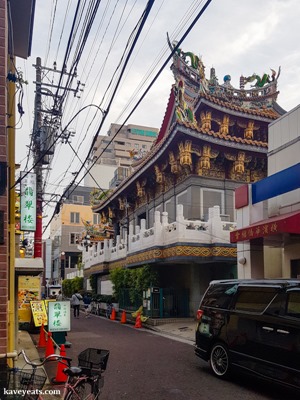 There are two main temples in China Town – Mazu Miao, a large and rather grand new temple that opened in 2006, and Kanteibyo, closer to the centre of the neighbourhood. The original Kanteibyo temple was built in the 1870s but has been rebuilt multiple times since then after being destroyed by the Great Kanto earthquake in 1923 and by two fires in the 1980s.

These Chinese temples are very different in style and decoration to most of the Japanese Buddhist temples and Shinto shrines we have visited, much more ornate and colourful. 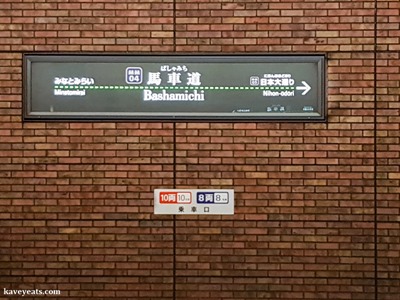 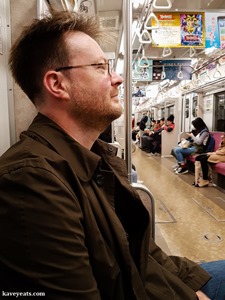 Our hotel was in Bashamichi, just a couple of quick stops on the metro from Motomachi-Chukagai Station, at the eastern edge of China Town. We love taking public transport in Japan; it’s so wonderfully efficient and well run. We also enjoy the different designs of train carriages, local advertising posters, and even listening to the Japanese announcements that we can’t understand.

Of course, the port area of Yokahama is fairly small so you could easily walk to and from other tourist sites such as the Ramen Museum, Landmark Tower and Cosmoworld amusement park.

You may like to check out previous posts about my travels to Japan.

Please leave a comment - I love hearing from you!2 Comments to "Snapshots of Japan | A Meander Around Yokohama’s China Town"