You’d be forgiven for thinking the yellow colour of lemon posset comes from the lemon, but actually it’s all down to the cream and sugar base. As soon as you start heating the two, the cream takes on a rich golden yellow and the addition of the rhubarb syrup at the end does little to change that.

Posset is one of the simplest and quickest desserts to make – just double cream, sugar and your chosen acidic liquid; most commonly lemon juice. Since it’s rhubarb season here in the South East and our allotment is providing a plentiful harvest, we decided to switch the lemon juice for rhubarb instead. 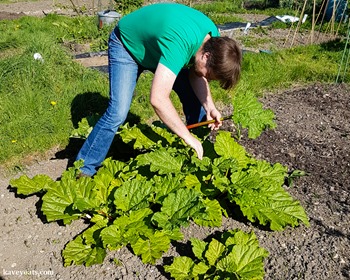 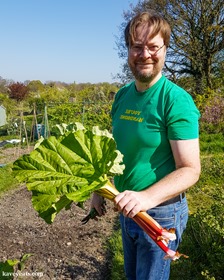 We could have juiced the raw rhubarb to produce the liquid for our recipe but instead we stewed it gently with the barest hint of sugar. Straining the lightly stewed fruit resulted in sufficient thick, tart liquid for the posset plus a side of fruit to pile on top.

The rhubarb flavour in the posset itself is fairly subtle, with added punch from the fruit on top. 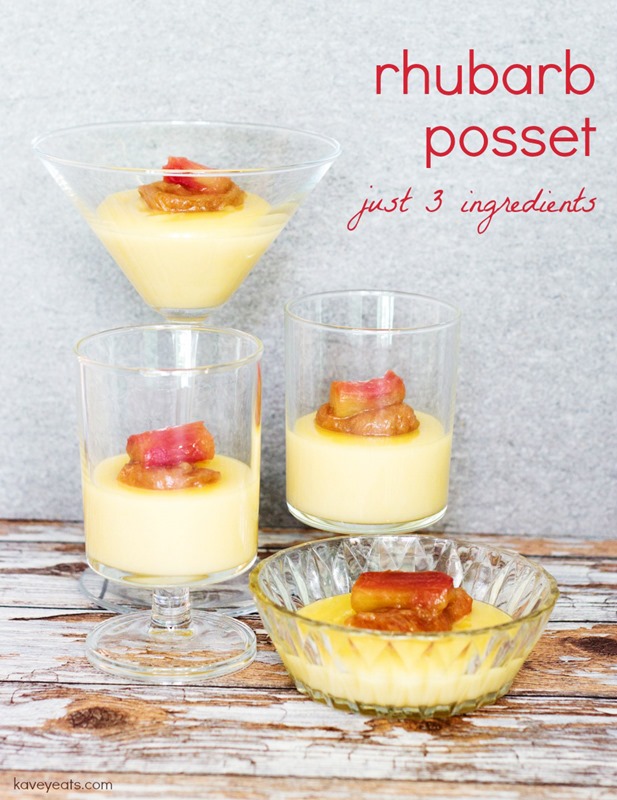 The History of Posset

In medieval times posset referred to a hot drink of milk curdled with wine or ale, often with treacle and spices added for flavour. It was thought to be a general restorative and a remedy for various illnesses. Later, in the 16th-century, posset was often made from citrus juice; cream and sugar, sometimes with the addition of egg; it sounds rather like lemon curd to me, but was apparently served as a sauce to accompany meat. These days posset most commonly refers to a cold set dessert containing cream, sugar and citrus juice, similar to a syllabub but without any wine. 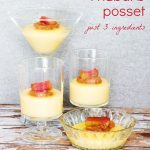 For the rhubarb syrup and garnish:

Don’t use shop-bought rhubarb cordial for this recipe, it’s far too sweet. You need a good and tart syrup to balance the sugar content of the posset.
You can double this recipe to make 6 generous servings or 8 small ones.

To make the rhubarb syrup and garnish:

To make the posset: 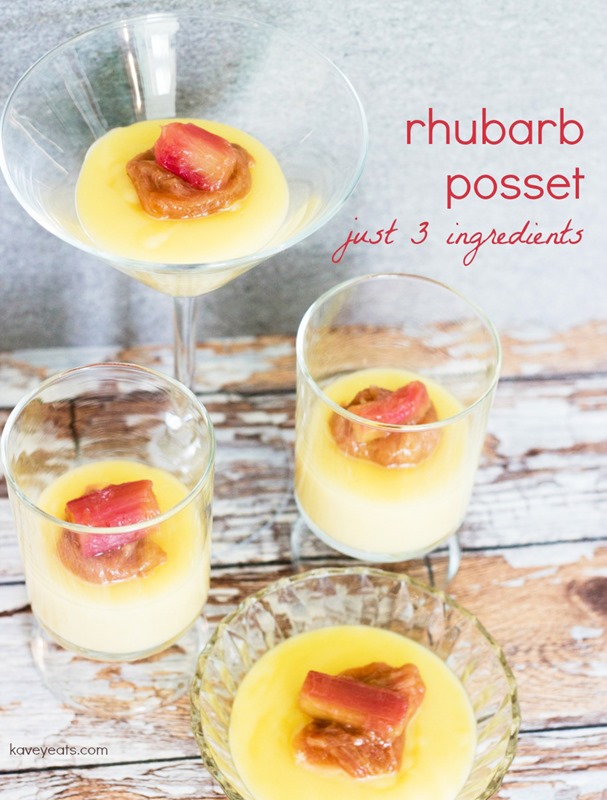 I hope you enjoy this recipe as much as we did – if you make it, do leave me a message about how you got on!

For those of you enjoying a bumper rhubarb harvest, here are some more sweet rhubarb recipes from my friends:

Please leave a comment - I love hearing from you!32 Comments to "Rhubarb Posset | Just 3 Ingredients"