The Empire Room, within the Royal Harbour Hotel, in Ramsgate is a popular restaurant not only with residents of the hotel, but those looking for a good restaurant for a delicious meal. 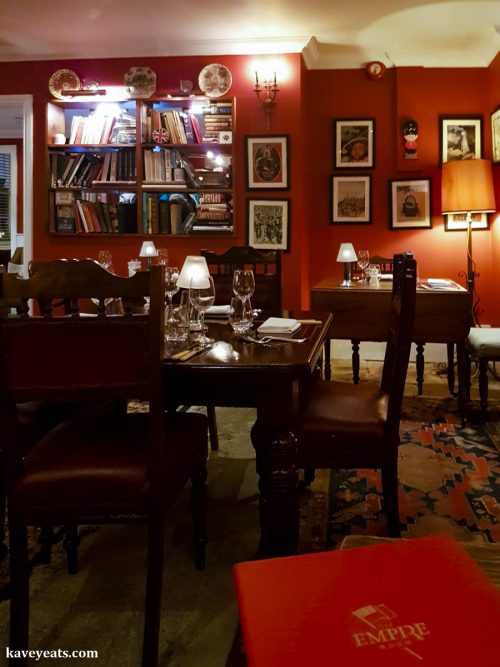 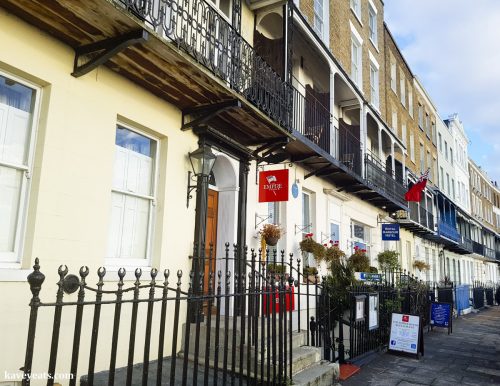 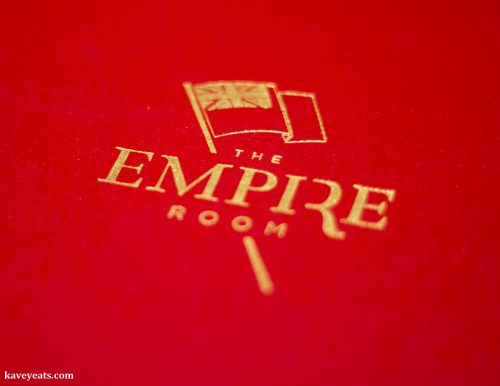 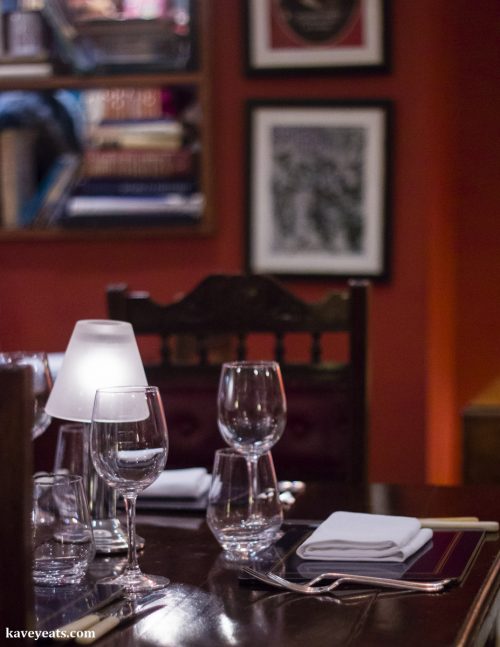 Located in a basement beneath The Royal Harbour Hotel, The Empire Room doesn’t suffer from its lack of windows; it’s been decorated with a deep dark red on the walls and the floor rugs, which works nicely against both the white trim and dark wooden furniture. Walls, shelves and dressers are adorned with a plethora of military memorabilia, a veritable treasure trove for those with an interest in military, naval and British Empire history. We find it a pleasing balance between grand and cosy. 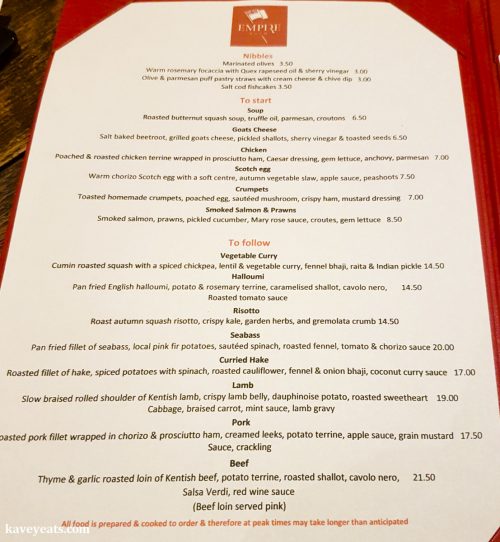 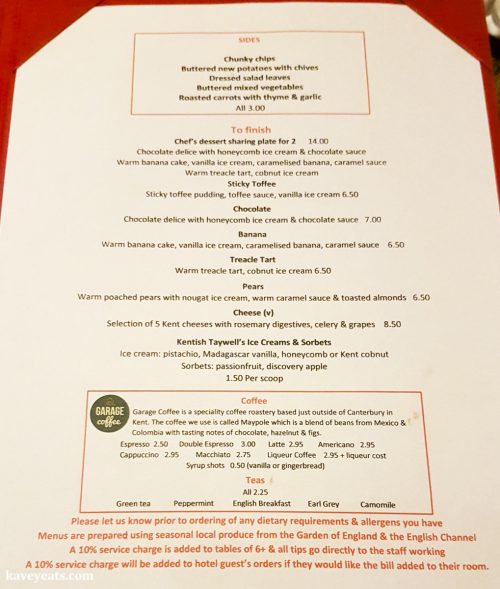 On Wednesday and Thursday evenings, a very good Weekday Evening Set Menu is available, offering two courses for £19, and three for £24. An a la carte menu is available every day. 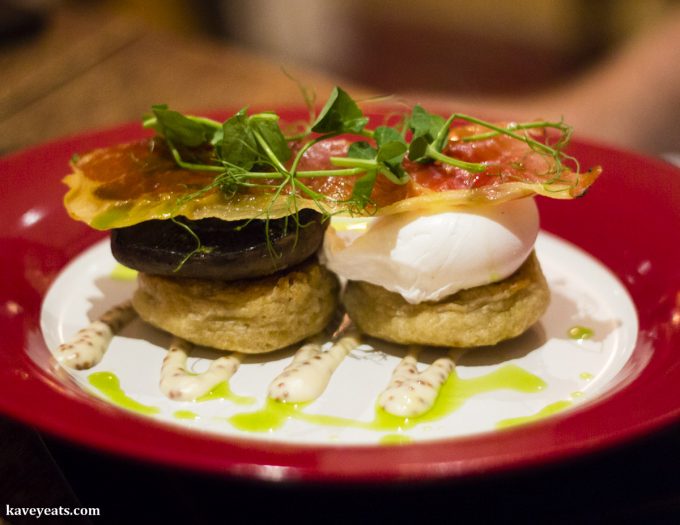 Although the Toasted homemade crumpets, poached egg, sautéed mushroom, crispy ham, mustard dressing (£7) were tasty enough and as described, they definitely felt more like a breakfast or brunch dish. I’d say that sliced mushrooms sauted in either butter and herbs or a cream and herb sauce, would make this more of an evening dish.

Pete makes the best crumpets, though! 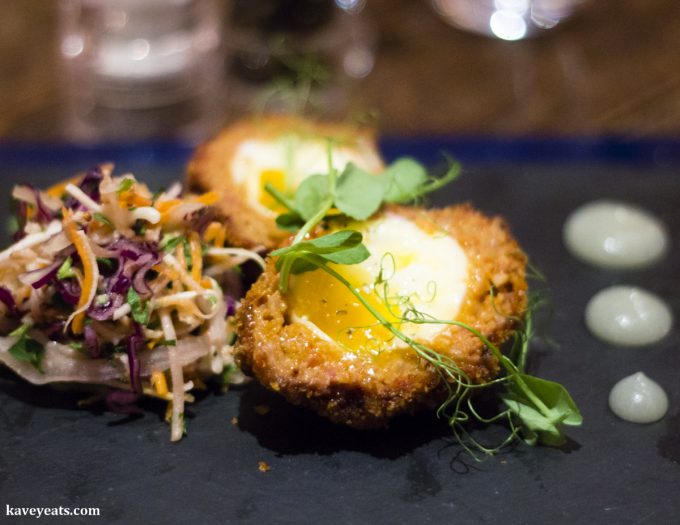 My Warm chorizo Scotch egg with a soft centre, autumn vegetable slaw, apple sauce, peashoots (£7.50) was another great scotch egg (following on from the plain one at Little Ships the night before). The flavour of the chorizo came through nicely in the sausage meat and it was good with the lightly-dressed slaw. The only disappointment with this dish was the apple sauce, which was incredibly bland, and the pea shoots, were strangely out of season. 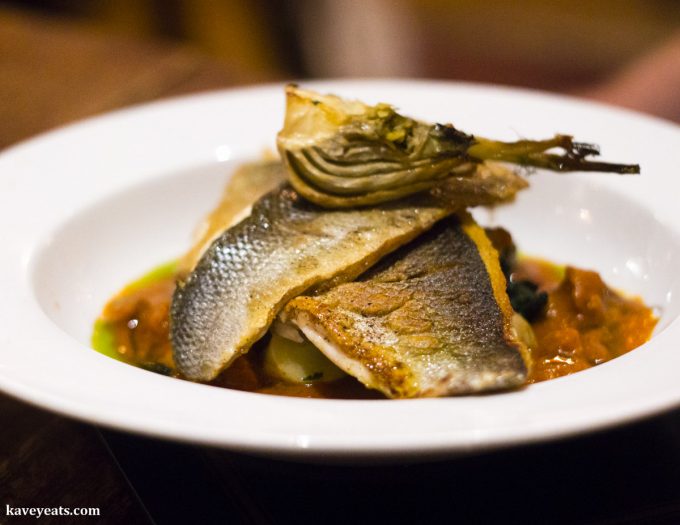 My Slow braised rolled shoulder of Kentish lamb, crispy lamb belly, dauphinoise potato, roasted sweetheart cabbage, braised carrot, mint sauce, lamb gravy (£19) was the highlight of my meal, though not a particularly pretty dish to look at. The lamb was so tender and full of flavour, and again, worked really well with the chosen vegetables. I also loved the generous gravy and mint sauce. This was like a Sunday roast elevated to the next level. 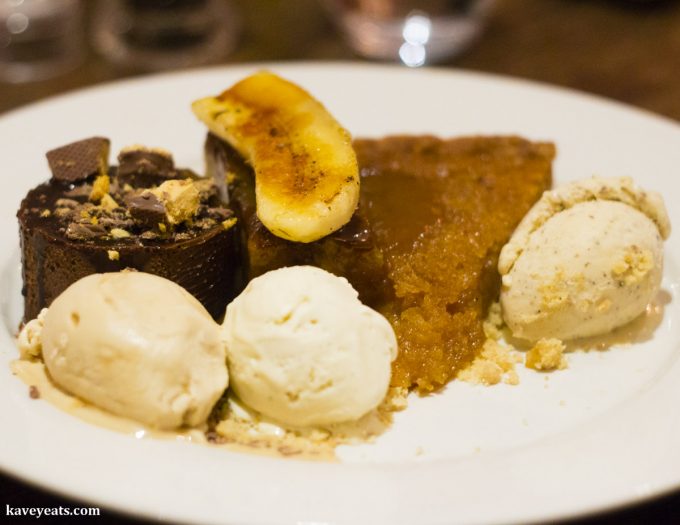 Speaking of presentation, the Chef’s dessert sharing plate for 2 (£14) really fell down on this front, with the three individual desserts slapped onto a large plate with what I can only assume was very little  thought to appearances.

However, taste-wise the chocolate delice with honeycomb ice cream and chocolate sauce; warm banana cake with vanilla ice cream, caramelised banana and caramel sauce; and warm treacle tart with cobnut ice cream were all delicious. The last two in particular were what I think of as school dinner comfort food, with the chocolate delice a little more elegant. All three were enjoyed!

We’ll likely visit again next time we head down to Ramsgate, this time hopefully with better weather so we can appreciate the pretty beaches and coastline more fully.

Only two hours from London by road or train, Ramsgate and the rest of Thanet are enormously popular with holiday makers, indeed property prices have risen significantly in recent decades thanks to Londoners and others buying second homes there.

It’s no surprise that Ramsgate restaurants are catering for those used to London prices. Based on our visit, we felt prices were fair for good quality ingredients and tasty cooking, but presentation could be a little sharper, and some of the menu felt a touch dated.

Kavey Eats reviewed The Empire Room as a guest of the Royal Harbour Hotel.

Please leave a comment - I love hearing from you!7 Comments to "Ramsgate Restaurant | The Empire Room"