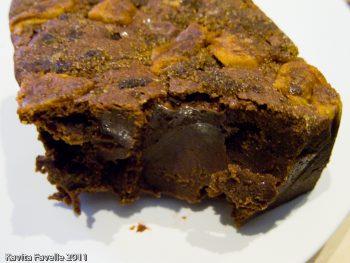 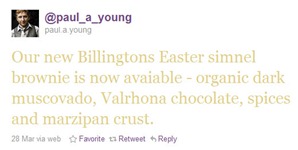 I was quite excited… I’m a huge fan of his original chocolate brownie, a huge fan of Billington’s sugars, especially their muscovado and a huge fan of marzipan. (Addict would be closer to reality on that last one).

I’ve used Billington’s unrefined sugars and I used the same dark muscovado in this fabulous Nigella dense chocolate loaf cake recipe. Their sugars really do bring their own flavour to any finished dish they’re used in; if you’ve not tried them before, I thoroughly recommend them.

April has been quite a month for having wishes granted… lo and behold, another wand was waved and one of Paul’s Simnel Brownies was dispatched in my direction – lucky Kavey!

I was a little apprehensive as we missed delivery on Friday and, not knowing what the parcel contained, didn’t manage to collect it till Tuesday afternoon. However, having popped it into the fridge on arrival, I finally opened it on Wednesday evening and was relieved it was still in tip top condition. 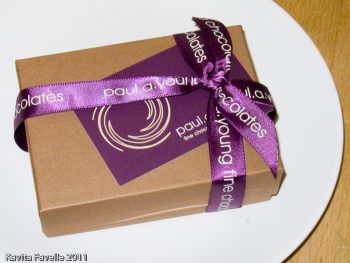 And in a darling little ribbon-tied box too!

The brownies were inspired by a Simnel cake. These light fruit cakes, covered in marzipan and with more baked into the middle, are traditionally eaten on Easter, though they were originally made as a Mothering Sunday gift. 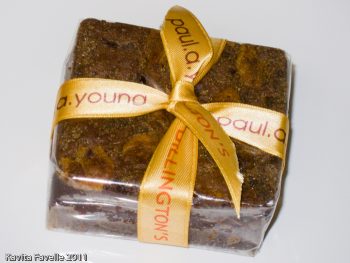 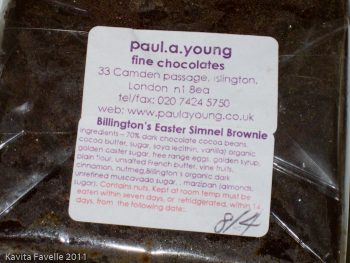 The result is a deeply decadent and rich brownie, fudgy in Paul’s usual style, with the heady fruit and spice of Simnel cake. 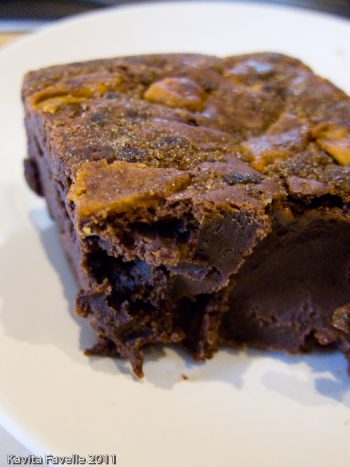 The top is delightfully crunchy – pieces of marzipan and a muscovado sugar crust. It gives a nice contrast to the softness within. Mine was so gooey I happily ate it with a spoon… 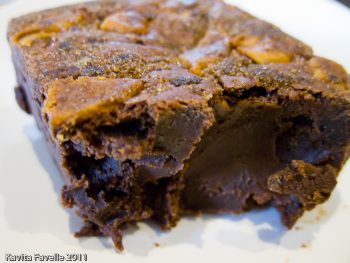 My only request would be for a little more marzipan. While the texture came through, the flavour was mostly lost against the rich spices, dried fruits and chocolates. I’d have loved a hidden layer of marzipan half way down, just like in a Simnel cake!

At £4.50 each these beauties are a little pricey but, like Paul’s salted caramel Easter egg, they are worth it. They aren’t available to order online, but you can buy them directly from Paul’s shops. If you call, you might be able to persuade them to send one by mail order.

Please leave a comment - I love hearing from you!7 Comments to "Paul A Young’s Billington’s Simnel Brownie"