Hallowe’en has it’s origins in the Celtic festival of Samhain, meaning “summer’s end”:

The ancient Celts believed that the border between this world and the Otherworld became thin on Samhain, allowing spirits (both harmless and harmful) to pass through. The family’s ancestors were honoured and invited home while harmful spirits were warded off. It is believed that the need to ward off harmful spirits led to the wearing of costumes and masks. Their purpose was to disguise oneself as a harmful spirit and thus avoid harm. Bonfires played a large part in the festivities. All other fires were doused and each home lit their hearth from the bonfire. ~Wiki

As far as I can make out, the old Celtic festival seems to have merged into the Christian calendar, in which departed souls are commemorated on All Saints Day, also known as All Souls Day, Day of the Dead and All Hallows Day.

The name, Hallowe’en (now often shortened further to Halloween) is an old Scottish abbreviation for All Hallows Evening, the night before All Hallows Day.

Another tradition that has become associated with Hallowe’en is that of carving pumpkins. 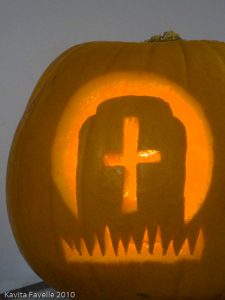 How did this come about?

A common practice for All Souls Day (Day of the Dead) was to commemorate souls in purgatory with candle lanterns carved from turnips.

In North America, pumpkins are more readily available and larger, making them much easier to carve than turnips. Pumpkin carving became an American tradition more than 150 years ago. Although carving jack-o’-lanterns was originally associated more generally with the harvest period, it became more specifically identified with Hallowe’en in the mid-to-late 19th century

Personally, I really like the growing popularity here in the UK for hand-carved candle-lit pumpkins featuring grinning or grimacing faces, witches, broomsticks and cats, skulls, owls, spiders and cobwebs and all manner of other spooky motifs carefully chosen, applied and carved into the beautiful orange squashes.

But… I have never carved a pumpkin before.

I once watched in admiration as American university hall mates carved a friendly jack-o’-lantern for our shared kitchen (and stopped them throwing away the seeds with a horrified squeal – washing, salting and roasting them instead). That was nearly 2 decades ago!

So, when Waitrose invited me to take part in a pumpkin carving contest, offering to send me pumpkin, instructions and carving kit, I knew it was time to have a go for myself. 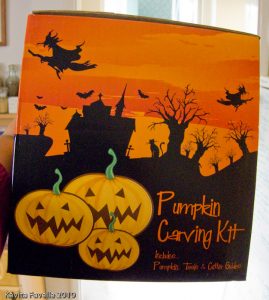 In my box was a large, lovely pumpkin. An instruction book included some helpful instructions plus some, way-too-complex-looking templates and a little set of specialist tools. 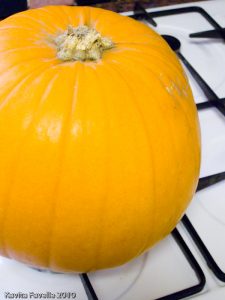 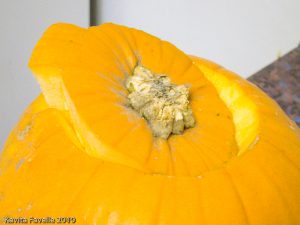 Step 2: Cut out the lid – the little handle makes it easier to position the lid back in place. 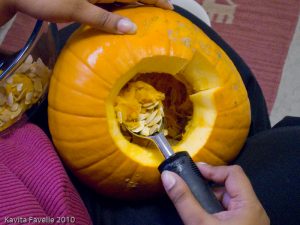 Step 3: Scoop out the string, seeds and excess flesh. 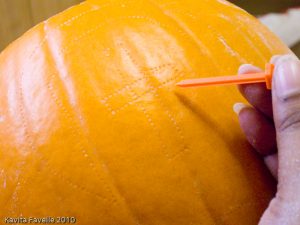 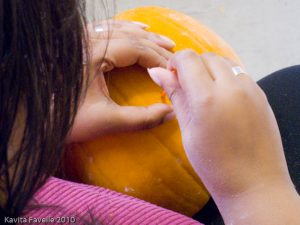 Step 4: Use drill to create starter holes in which to insert saw. 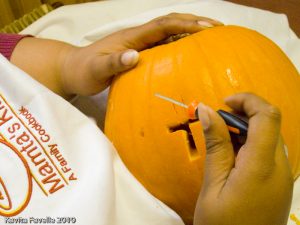 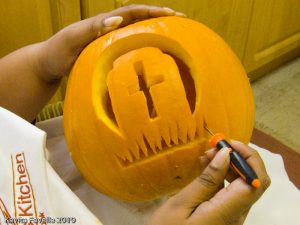 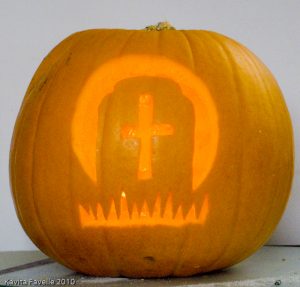 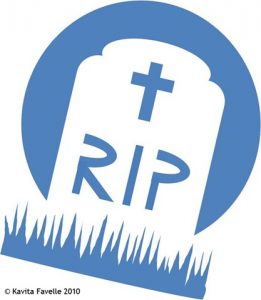 I must confess that my original design included, the letters RIP on the gravestone below a much smaller cross. However, when I began transferring my pattern to the pumpkin I panicked at the idea of carving such detail and went for the larger cross instead.

In actual fact, I found the two saws included in the pumpkin carving kit tool set properly sharp and really easy to use and I don’t think I would have had any problems with the RIP lettering.

If you’d like to use my template, please go ahead. All I ask is that you post a comment below with a link to a picture of your results!

The Pumpkin Carving Kit from Waitrose is priced at £6.99 (though it’s currently reduced in my local branch and on Waitrose Direct).

Have you carved a pumpkin before? How did it turn out? What do you think of my results?

Please leave a comment - I love hearing from you!19 Comments to "My Hallowe’en Pumpkin"