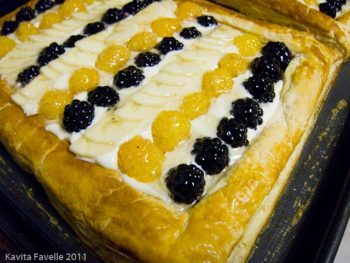 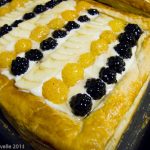 Please leave a comment - I love hearing from you!15 Comments to "My Beautiful Fruit Tart with Blackberries, Golden Raspberries, Bananas and Chocolate"