Mexico boasts a culinary history dating back 9000 years, its cuisine celebrated around the world for its punchy flavours, vibrant colours and use of fresh, nutritious ingredients.

Mexico: The Cookbook by Margarita Carrillo Arronte leads you on a mouth-watering voyage of discovery through Mexico’s regional cuisines. As bright as the cuisine it celebrates, this monumental tome provides over 700 hundred recipes as well as a guide to ingredients, utensils and techniques. 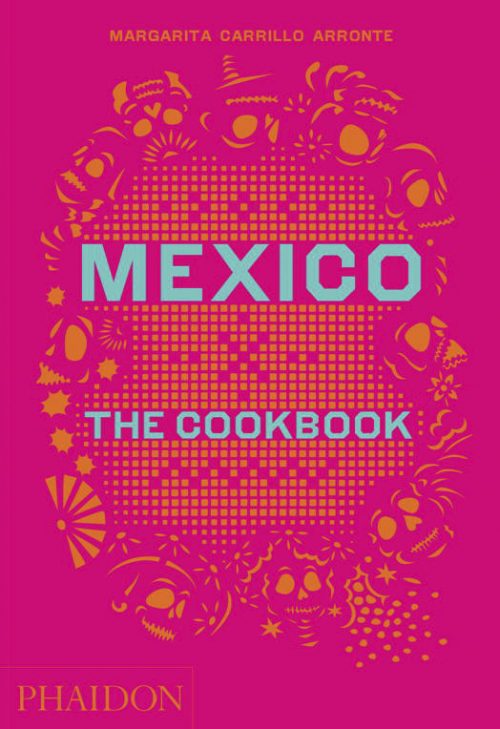 Armchair culinary anthropologists will appreciate the comprehensive introduction in which author Margarita Carrillo Arronte describes the development of Mexican cuisine, referencing the marriage of indigenous Mesoamerican cultures including Mayan and Aztec civilisations to 16th Century Spanish traditions, themselves enriched by Mediterranean, Arab and Jewish influences.

She starts by painting a picture of Mexico geographically and agriculturally. As Margarita describes the arid cactus deserts of the North, the lush green tropics of the South, the two long coastlines to East and West and the mountain ranges that dissect the country top to bottom I realise I have underestimated the size and climatic variation of Mexico. After a quick check reveals that it is the  thirteenth largest nation in the world, suddenly the immense variety of local ingredients makes sense.

Known as the ‘three sisters’, corn, beans and pumpkins are considered to be core ingredients in Mexican cooking. They are grown together in one of the earliest examples of companion planting; a system known as ‘milpa’ that is 5000 years old and still practiced by traditional farmers today: first the corn plants shoot skywards, creating natural climbing poles for beans (planted later), and finally the pumpkins create ground cover that locks-in moisture and suppresses weeds.  With avocadoes, chocolate, chillies and vanilla also on the list of ingredients native to Mexico, it’s little wonder that Mexico has so enriched global cuisine.

In the opposite direction, Mexico has experienced over five centuries of Spanish influence, including the introduction of ingredients such as wheat flour, beef, pork, lamb, goat, chicken, dairy, rice, citrus and garlic. The Mexican cooking that we enjoy today is the result of the unique fusion of these ingredients, not to mention a coming together of cooking techniques and traditions from the contributing cultures.

The book is organised by type and style of food with chapters for street food and snacks, salads and starters, eggs, soups, fish and seafood, meat, vegetables, sauces, rice and beans, breads and pastries and drinks and desserts. Recipes are clearly presented and easy to follow, with 200 colour photographs to illustrate.

From Central Mexico comes a dish of Squid with chiles, quick to prepare and even quicker to cook. As with many of the recipes, the varieties of chillies are listed by name. Margarita explains that Mexicans are particular about chillies – the UK’s generalist categorisation into red or green, hot or mild simply won’t do; with over 300 varieties available, the flavour and heat profile of different chillies shapes the finished taste and texture of a dish. Luckily, it’s becoming far easier to source Mexican ingredients and a list of UK suppliers is provided at the end of the book.

Before reading Mexico: The Cookbook, I had the notion that chocolate was an Aztec discovery, but Margarita corrects this common misconception. Chocolate residues have been discovered in 1900 BC Olmec drinking vessels; the Olmec were the first major civilisation in Mexico. These early chocolate traditions only spread later to the Aztecs, from whom early European visitors subsequently picked them up. Margarita’s Hot chocolate recipe pulls together warming notes of cinnamon, the foamy texture enjoyed by the Aztecs and the sugar sweetness introduced by the Europeans. 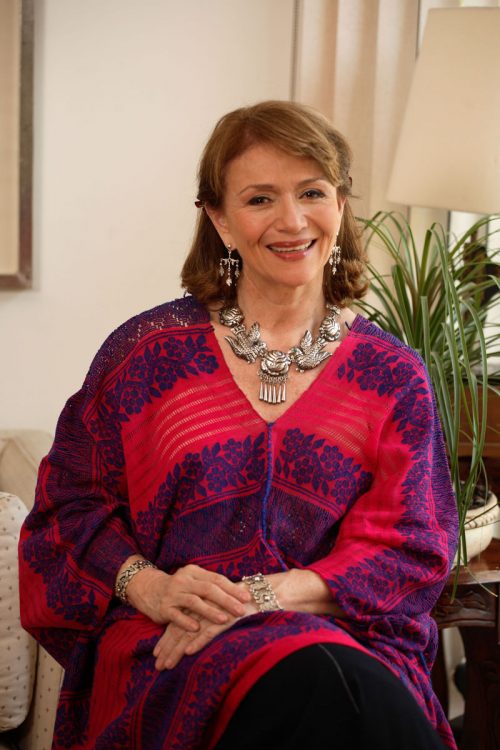 It is not an exaggeration to describe Margarita as a Mexican national cultural asset. She has dedicated decades to researching, studying, teaching and cooking Mexican cuisine, lead the 2010 campaign for UNESCO to recognise Mexican cuisine as an intangible cultural heritage and has organised Mexican food festivals and gala dinners around the world. Today, she teaches at the National University of Mexico, is the leader of the Baja Slow Food movement and runs restaurants in San Jose del Cabo and Mexico City.

In Mexico: The Cookbook, she puts forth her wealth of knowledge and experience in the definitive book about Mexican cooking.

Recipes From Mexico: The Cookbook

We are delighted to share this recipes from the book, with permission from publisher Phaidon.