Ramen, aaaah ramen! I bloody love ramen and, as a Londoner, was used to being able to get my fix quite easily, as ramen restaurants became more and more prevalent. But then, we moved to rural Wales and I discovered that ramen hadn’t gained a foothold here yet, let alone become a big trend. Luckily, less than a year after we moved here, I heard about Matsudai Ramen, a cardiff-based ramen brand launched by ramen enthusiast James Chant. With no cooking background, Chant developed his ramen recipes as a labour of love – the kind familiar to any of us food geeks who recognise that kind of food obsession. Influenced not only by Japanese ramen but also by the new generation of US and UK ramen chefs, Chant attracted a devoted following through his Cardiff pop-ups.

And then, just as I was organising a visit to his pop-up, Covid hit and the restaurant world shut down.

It took Chant a few months to set up for home delivery, which he initially offered only in the Cardiff area. He made a very kind exception for me – a desperate ramen addict located up by Abergavenny – and kindly personally delivered some of his first fresh tonkotsu ramen kits to our home. 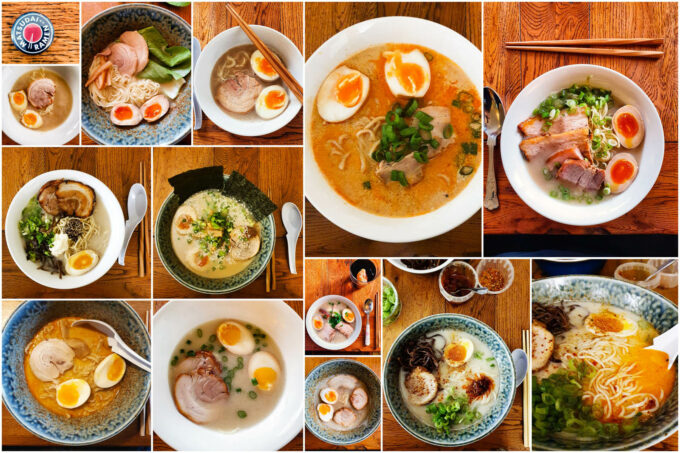 In case you think portions seem small – Pete and I often split one portion between two of us for lunch, adding extra chasu. A full portion is a good size!

So what is ramen, exactly?

Ramen, if you’re not familiar, is a Japanese noodle soup dish with Chinese origins. The Japanese made it their own and today it’s hugely popular across the whole of Japan, with several different styles not to mention many regional specialities. At its core, ramen is simply a bowl of noodles served in a flavoursome broth with toppings such as chasu (sliced barbeque pork), nori (dried seaweed), menma (fermented bamboo shoots), and negi (spring onions). Often a seasoned soft-boiled egg is added too – ajitsuke tamago (ramen eggs) are marinated for a couple of days in a sweet soy-based liquid, which adds flavour to the surface and gives time for the yolk to become almost jammy in texture.

The main styles of broth are tonkotsu (pork bone), miso (made with miso paste), shoyu (soy sauce), and shio (salty). Additionally you may come across tsukemen, for which the ramen noodles and toppings are served dry alongside a bowl of sauce in which to plunge each mouthful before eating. The noodles themselves are made from wheat flour, plus water, salt and kansui (an alkali salt that changes the pH of dough, improving bond formation and resulting in a chewier, springier noodle). The noodles vary between thick and thin, and can be straight or wriggly.

How to make ramen noodles at home from scratch.

The Rise of Ramen in the UK

2012 was London’s year of ramen; of course you could find it on the menu of a few Japanese restaurants before then, but this was the year that a number of restaurants dedicated to ramen first opened their doors: Shoryu, Tonkotsu, Ittenbari, and Bone Daddies, each very different in style but all specialising in ramen. They set the ball rolling, followed a few years later by Kanada-ya and Ippudo (ramen-ya chains originating in Japan) as well as United Ramen, Ramen Sasuke, Ramen Seto (to name just a few). Ramen was suddenly a big trend, and its popularity has only grown bigger since then.

2012 was also the first time Pete and I travelled to Japan, and were able to enjoy ramen in its home country. The love I already had for Japanese food multiplied ten-fold during that trip (and the two further trips we’ve made since).

Having so enjoyed that first delivery from Chant back in June 2020, we have continued to order regularly ever since, happily paying a delivery supplement to get our hands on the goods. When Chant started offering his ramen freezer hits, this allowed us to buy in bulk (within reason – we do like to keep a few other things in the freezer alongside ramen) and we like to ensure that we always have at least a few kits in store. 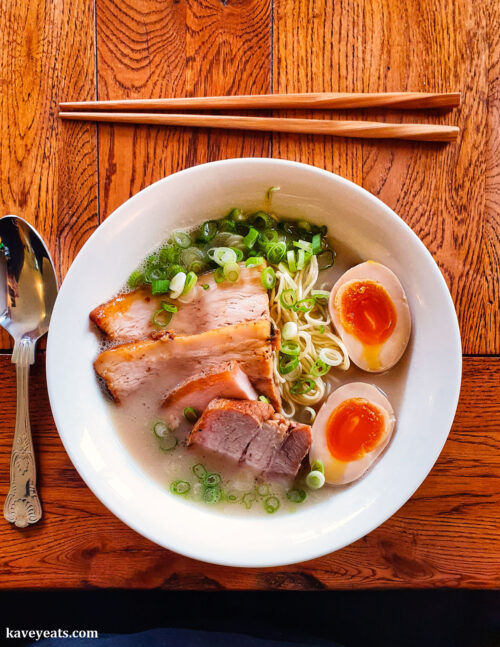 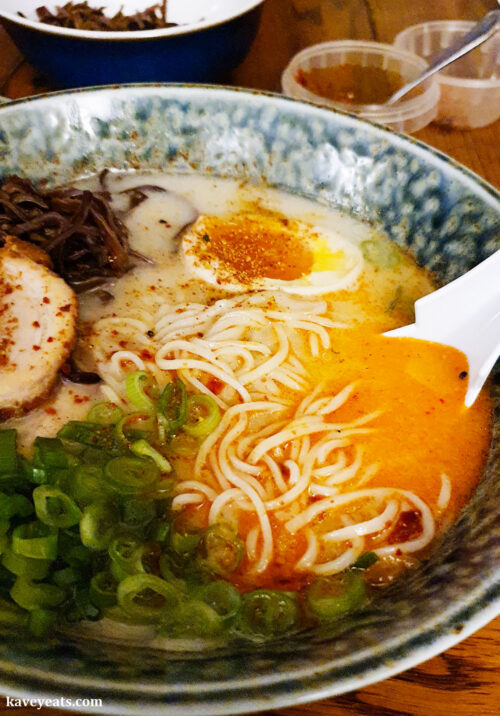 The main difference between fresh and freezer kits by the way is that the freezer ones are are suitable for freezing (well, duh!) and are therefore streamlined to include broth and tare (additional flavouring), noodles, and chasu. No egg, spring onions, or other fresh toppings are included, and of course these kits are priced at less than the more expansive fresh ramen boxes. Pete has become a true aficionado of making ramen eggs at home, and during the warmer months we replanted all our spring onion roots to have fresh greens constantly on hand. 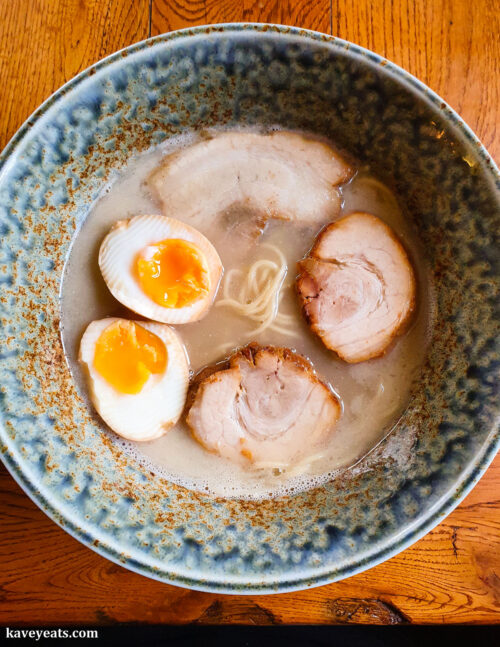 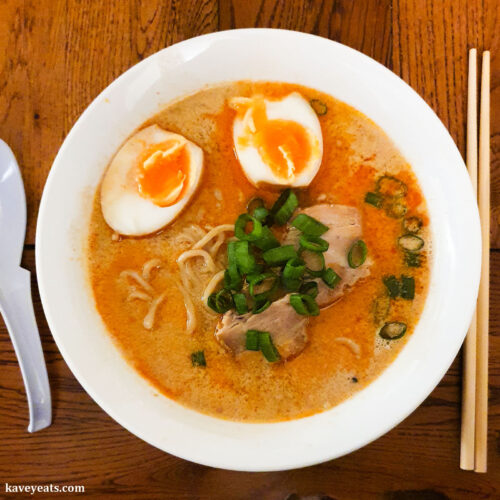 We love Matsudai’s original tonkotsu, and we are also enormous fans of Chant’s tantanmen ramen. Our veggie friends are big fans of Matsudai’s vegan versions of both of these. We’ve also enjoyed some of the seasonal special fresh ramens such as the spicy sunset red tonkotsu and a vampire-slaying garlic one! And I always order extra portions of chasu so we can split a portion for lunch and still have plenty of pork each!

Happily for us, this year Chant was able to expand his delivery to nationwide, which allowed friends  (some of who’d seen me and other fans rave about Matsudai Ramen for many months) and strangers all around the UK to get in on the act. That included some of the UK’s professional food critics, who were every bit as enthusiastic as we have been. 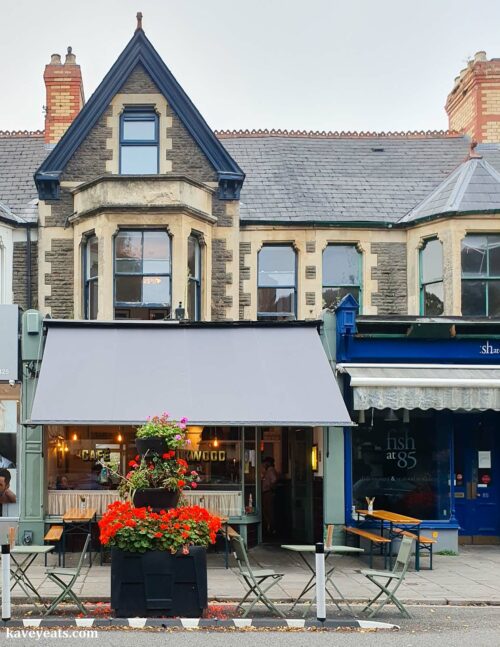 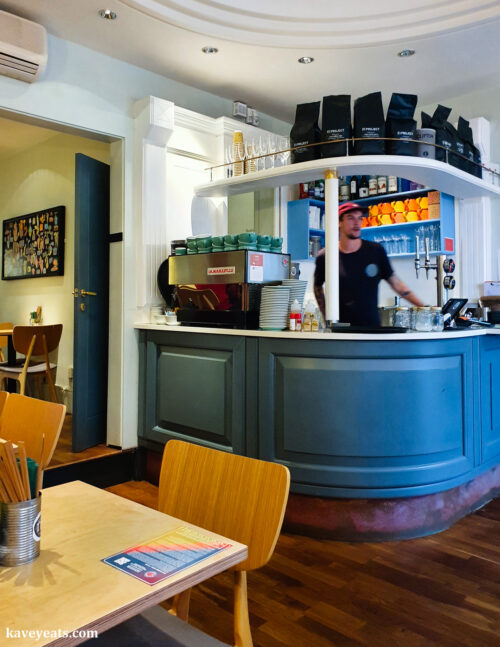 In the last few months, Chant has been taking Matsudai Ramen to the nation in person, running pop-ups not only in Cardiff but in London, Bristol and Manchester. 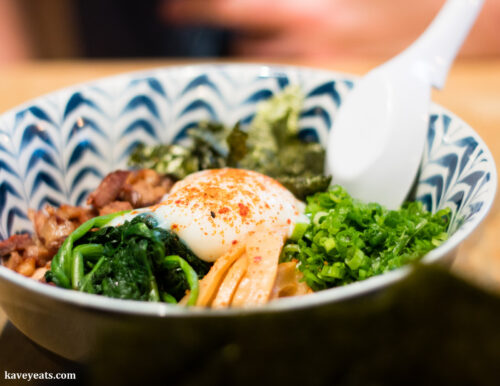 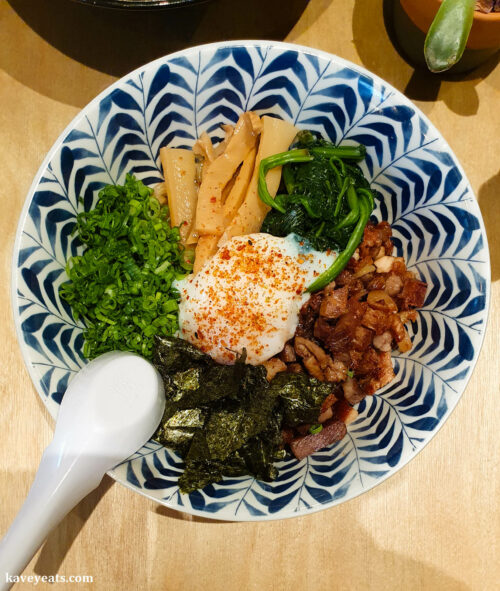 Attending one of his events in Cardiff’s Cafe Milkwood allowed us to finally try Chant’s side dishes – superbly delicious chicken karaage (breaded and fried) and mushroom karaage – as well as a rich tsukemen (where the ramen noodles and toppings are served dry, ready to be mixed, and a dipping sauce is served on the side). 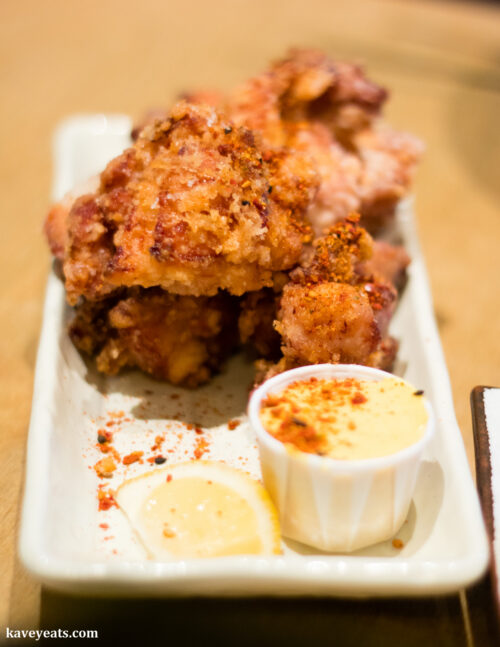 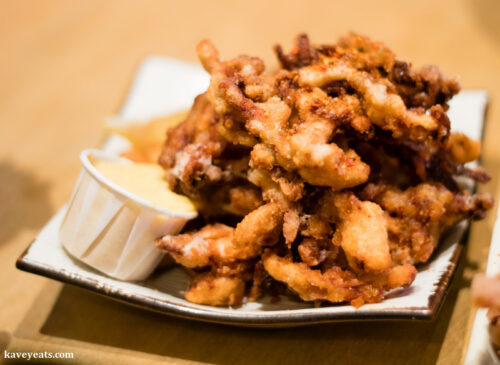 He also served a special Iekei-inspired ramen, a style invented by Japanese ramen restaurateur Minora Yoshimura in 1974. Iekei features a rich pork and chicken broth flavoured with soy and schmaltz (chicken fat), thick flat wavy noodles that are quite short compared to most ramen, and toppings of chasu, spinach, nori, ramen eggs and spring onions. Additional toppings such as gari (pickled ginger), are offered to diners and the noodle soup is served with a side of rice. 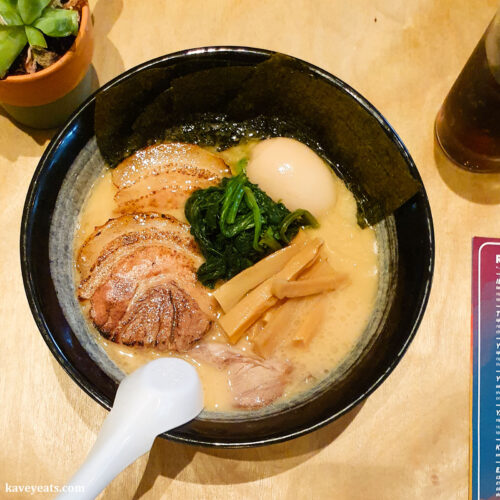 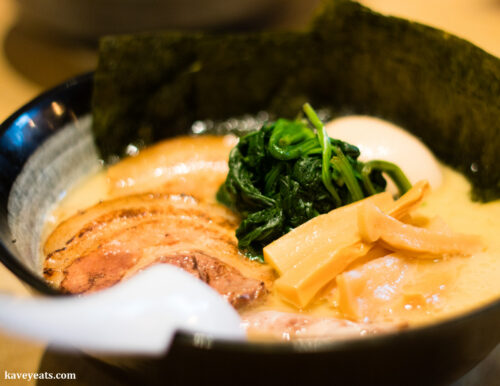 To find out what’s available now in terms of fresh kits, freezer kits and pop-ups, visit Matsudai Ramen’s website and drop Chant a line if you have any questions!

Want to make your own ramen at home? Try this recipe for handmade ramen noodles!

Please leave a comment - I love hearing from you!10 Comments to "Matsudai Ramen | Ramen at Home and Ramen Pop-ups!"