I’m very excited to share the news that you can try a delicious Mamta’s Kitchen curry on the new Autumn Winter 2011 menu launching at Leon restaurants today. With both a chicken and a vegetarian option available, we hope the rich, well-balanced flavours will appeal to Leon customers, new and old. 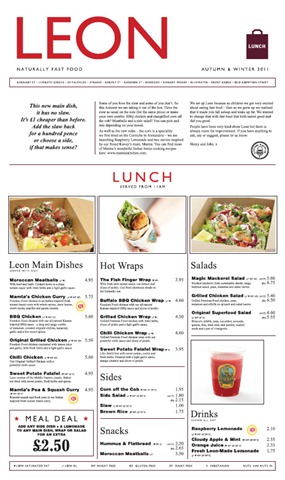 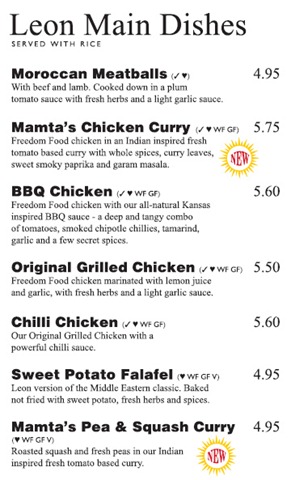 So how did Mamta’s Kitchen dishes end up on the new menu?

A year ago this month, I was invited to the launch event for the second cookbook from Leon, the small chain of restaurants aiming to offer food that not only tastes good but is healthy and affordable too. Launched in 2004 by partners Henry Dimbleby, John Vincent and Allegra McEvedy, Leon now has 11 outposts and I imagine there are more in the pipeline.

Leon invited customers to make wishes from which they would choose a selection to grant on the night of the launch. 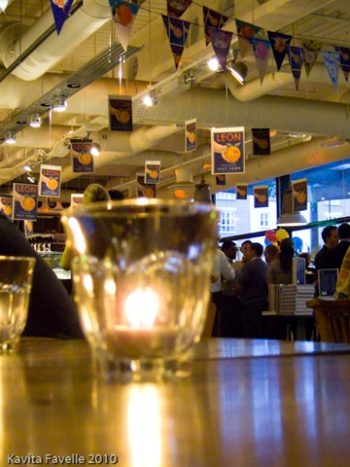 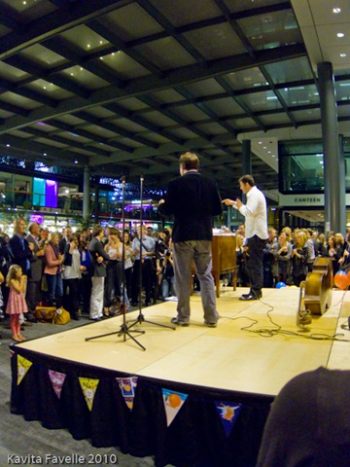 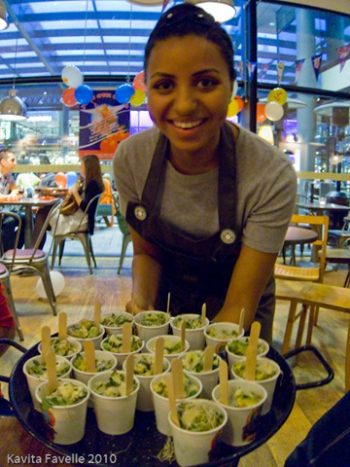 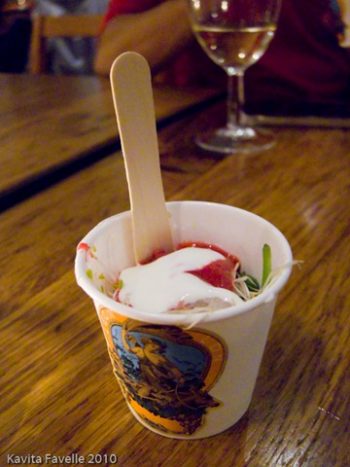 “Why not?” I thought, and entered a wish of my own.

It would be great fun, I said, to work with the Leon team in developing a recipe to feature on their menu. Not convinced I had any great creative insight of my own, I suggested we turn to my mum for inspiration, and work on an Indian recipe from Mamta’s Kitchen.

During an initial chat Henry, mum and I decided that the most useful menu item for Leon would be an Indian curry sauce that could be served over either meat or vegetables, allowing two menu dishes to be offered using the same sauce.

And so it came to be that Henry Dimbleby and Toph Ford, the new head of food, came to lunch at my parents’ house. Mum showed them how she makes her basic curry sauce and also two others. And we sat down to a delicious lunch. Henry and Toph left with samples of the three sauces and mum’s recipes for each one. 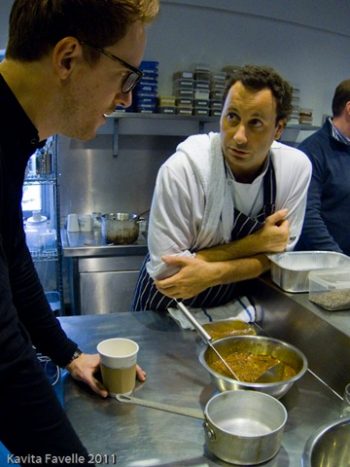 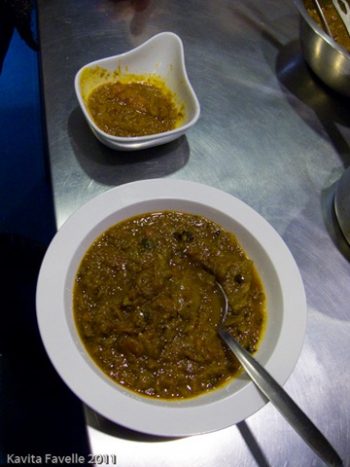 More recently, I accompanied Toph to the Bighams factory site where we tasted and commented on development versions of the basic curry sauce Leon had chosen to take forward, and then watched for 2 hours whilst an enormous Bratt pan of the sauce was cooked from scratch. 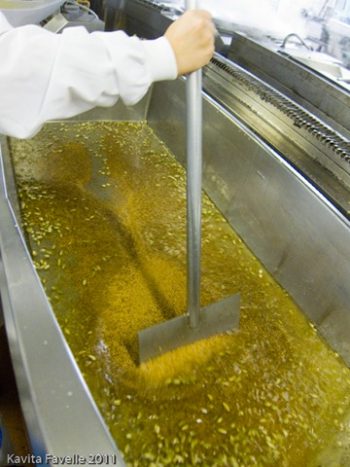 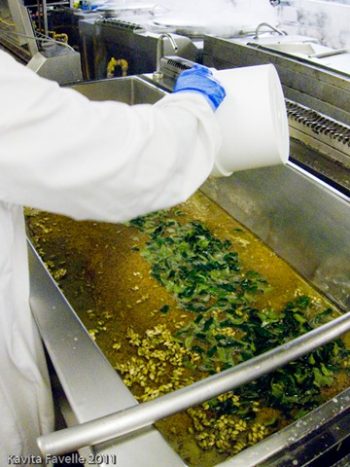 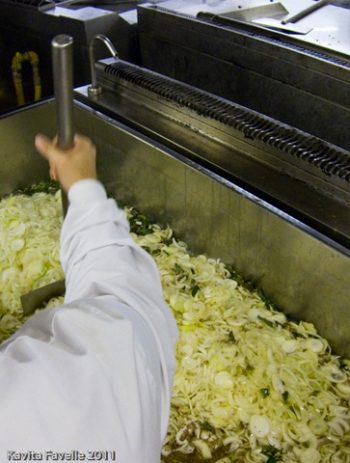 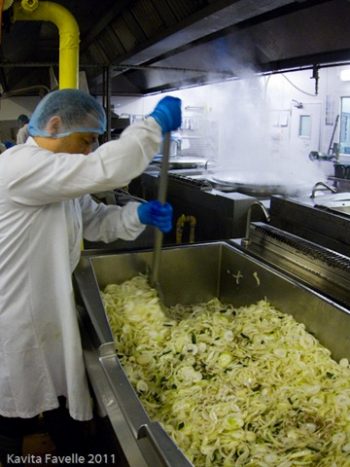 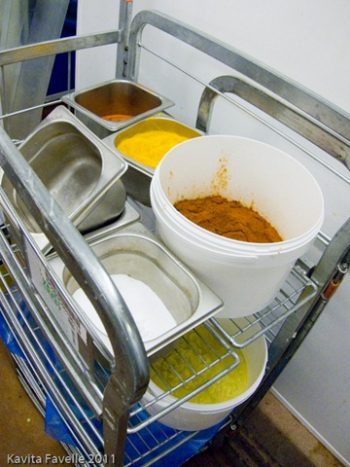 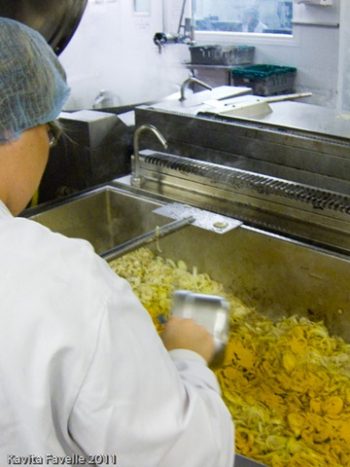 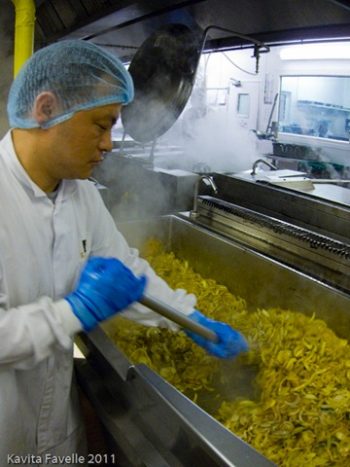 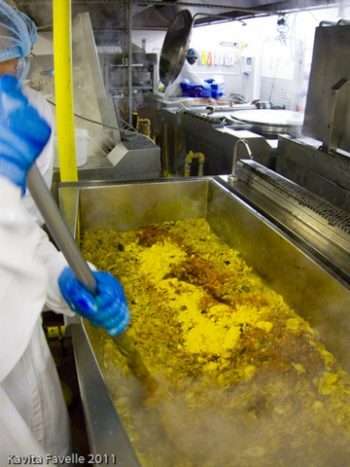 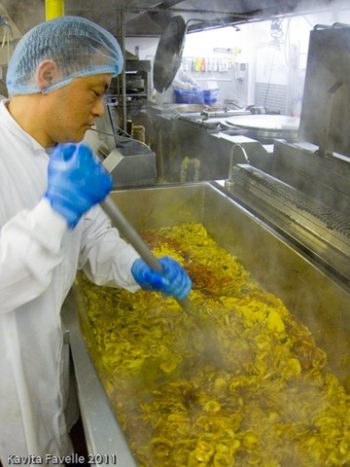 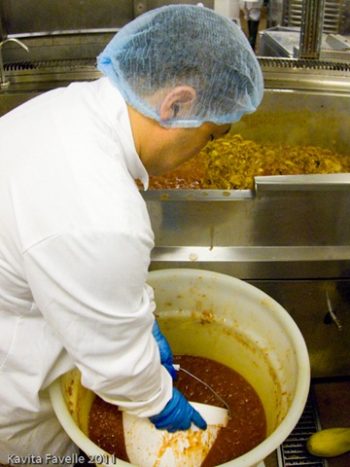 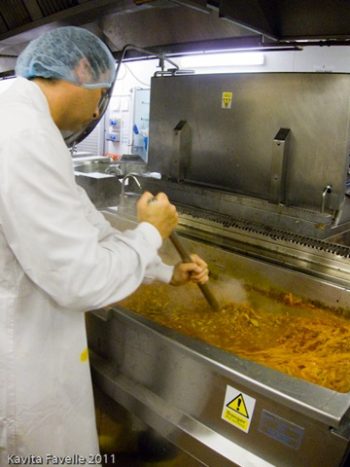 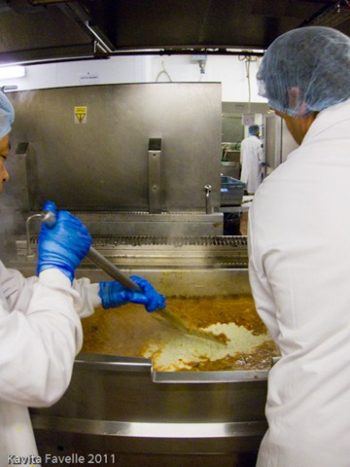 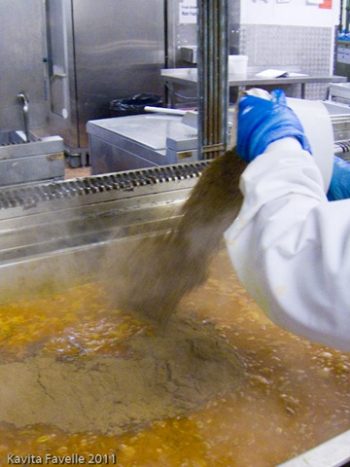 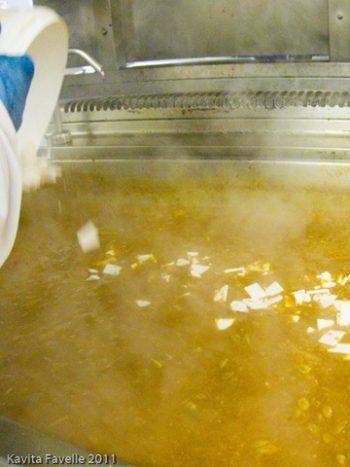 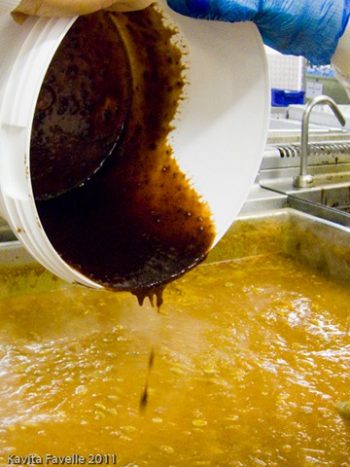 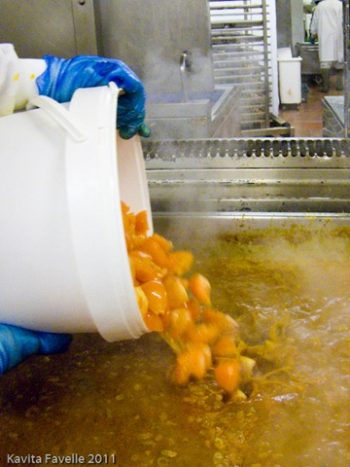 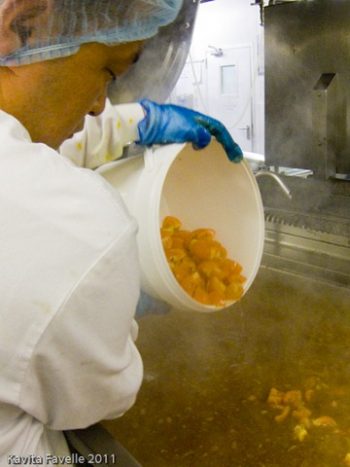 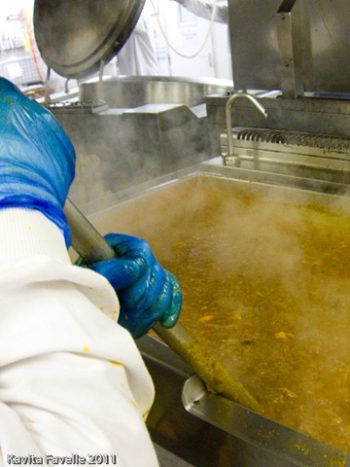 I was able to see how closely they had stuck to mum’s original recipe. Cardamoms and curry leaves were used whole, fresh tomato slices were added towards the end to add texture (as opposed to the tinned tomatoes added earlier on) and various spices were added at the right stages of the process. They had made a few minor tweaks, mostly to account for scaling up the recipe and ensuring a consistent and rounded flavour. But the end result really did taste like mum’s curry sauce. To my delight, I was even able to propose a (minor) change to process to better allow the garam masala to combine properly into the curry sauce. 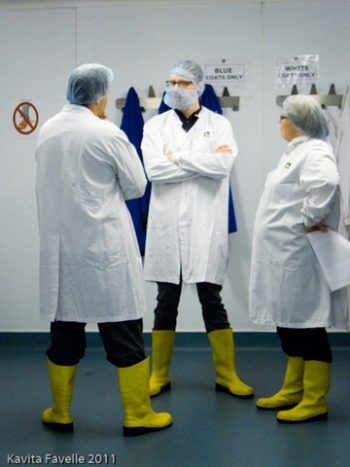 We would love to hear back from those of you who try the dishes featuring mum’s curry sauce!

Please leave a comment - I love hearing from you!13 Comments to "Mamta’s Kitchen Curry Sauce on Leon Restaurant Menu!"