The Levant is a region long known for the largesse of its hospitality. In The Lebanese Cookbook, Ghillie Başan explores the foods and traditions of a swathe of the Fertile Crescent that takes in Lebanon, Syria, Jordan and Palestine.

Başan spent many years living and working in the Middle East (as well as Europe, North America, India, South East Asia and Africa) and has published a great number of food books covering the individual cuisines of Cambodia, Vietnam, Malaysia, Singapore, Indonesia, the Philippines, Morocco, Turkey, Lebanon, Jordan and Syria.

For The Lebanese Cookbook: Exploring the food of Lebanon, Syria and Jordan, content from several of her older titles has been combined and comprehensively updated to create a new resource that is full of information and delicious food. 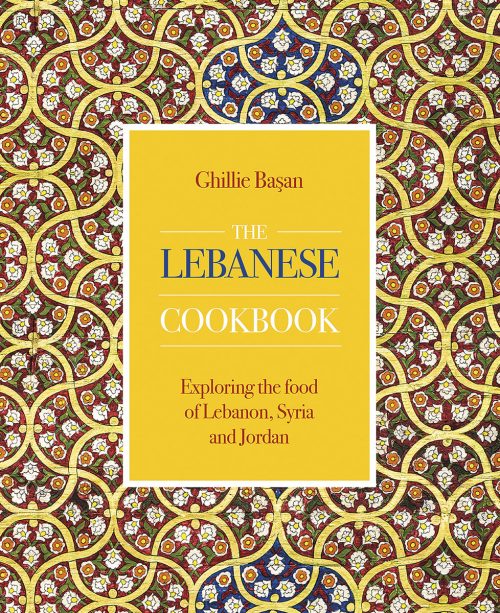 Her books are more than a list of recipes, offering an insight into the culinary culture of a country, and the way in which food is central to society and life. As Başan explains, “Every dish has a connection to stories and passion, old traditions and new. Visiting this region is never dull as life unfolds before your eyes with chaos in the noisy streets, colour in the busy markets, and a feast of flavour wherever you go.”

Food brings people together, with dishes in the book representing, “Muslim feasts and Christian celebrations, Jewish and Armenian traditions, Palestinian communities and Arab heritage – there’s a little bit of everything under this vast culinary roof.”

The cuisine of the region has been driven in large part by the excellent locally-grown ingredients – the area is not known as the Fertile Crescent without good reason – farmers produce a variety of grains and pulses, high quality dairy, and above all a cornucopia of fresh fruit and vegetables. Landcapes run from hot, dry coastlines and lush, fertile flood-plain valleys to sandy deserts and cooler high mountains, giving a variety of different growing climates. Sheep are particularly well suited to mountainous terrain, making lamb and mutton the most commonly used meat, with beef also readily available.

Başan’s first chapter introduces in turn Lebanon, Syria and Jordan before sharing the ancient history of the wider region, and how this history influenced culture and cuisine. For example, Phoenician traders introduced herbs, spices, fruits, nut and dried fish; Persian merchants brought ingredients such as pomegranates, saffron, aubergines and lemons, together with a a range of culinary techniques; the Romans extended trade routes even further, and advanced the use of spices and herbs in food and medicine. The Golden Age of Islam brought with it a cultural emphasis on etiquette and tableware, with guidelines written about manners, diet and health. The Ottoman Empire delivered Turkish influences, and also saw the introduction of new world ingredients such as chilli peppers, tomatoes and corn. Coffee too was discovered, introduced and flourished during this era. More recent history is responsible for the current country borders, and has sadly been a period of terrible conflict. Throughout these difficult years, a regional love for good food and hospitality has persisted.

Learning about different religious festivals provides more insight into food traditions, with Christian, Islamic and Jewish celebrations observed throughout the year. Along with these are the many personal milestones in life (such as birthdays and weddings) which are often celebrated with specific foods and rituals. The passage about the religious food rules of Islam is also concise and useful. We learn too about the joy of shopping for food in the souks (markets), and the tradition of mezze – a concept that has existed across the different ages of the region, but today is named after the Persian ‘maza‘, meaning to taste or relish.

Moving to a more practical side of food and cuisine next, Başan outlines key cooking equipment – the same simple list of pans (traditionally copper, now often lined with tin), baking trays, ladles and rolling pins that have been used for centuries, perhaps millennia. Additional equipment needed for specific dishes includes frying pans, a rounded baking tin with raised sides, a charcoal grill, coffee pots, and a varied selection of knives and utensils.

Next follows a wonderfully detailed 36 full pages (of which 15 pages are luscious photos) on key Ingredients that ranges through herbs and spices; flavour and texture ingredients such as mastic and molasses; olives and truffles; preserves and pickles; dairy products including cheese, yoghurt and butter; nuts and seeds; vegetables and fruit; fish and shellfish; meat and poultry; wheat, lentils beans and rice; bread; and traditional drinks. There’s such a wealth of information in this section that it’s a fantastic resource in its own right, before we even progress into the recipes!

Recipes are split along similar lines, with chapters for Mezze and salads; Soups, breads and hot snacks; Grains and pulses; Fish and shellfish, Meat and Poultry; Vegetables, fruit and preserves; and Sweet dishes and cakes.

When it comes to the presentation of the recipes, there’s one key aspect that disappoints – the decision to use only an English language description of each dish as the title, rather than original language names, many of which are quite familiar to interested cooks these days. Looking for ‘yoghurt cheese balls in olive oil‘, ‘spicy bean balls‘ or ‘smoked aubergine dip‘ instead of ‘labneh‘, ‘falafel‘, and ‘baba ghanoush‘ or ‘moutabal‘ feels clumsy to me. Original language recipe names are included in the recipe introductions, but that’s less useful when flicking through the book and deciding what to cook than seeing them as the recipe title or subtitle. On the other hand, the index is comprehensive and lists recipes under both English and original language names.

Apart from that, recipes are explained in a standard format of ingredients, method and recipe image. For some recipes, helpful step-by-step photos are also included. At the end of the book is a section providing Nutritional notes on every recipe, including calories, protein, carb, sugar, fibre, salt etc.

Photography isn’t quite as enticing as it could be, not because of any fault with the styling and photography itself, but because the colours and contrast are much duller than they should be – which could be down to digital processing or to printing. Playing with the three photos I’m provided for the extracted recipes, a few very quick and basic tweaks to contrast, exposure and white balance make a difference. There’s not much coherence to the styling of the photos either, some are bright and modern and others look much more dated. That said, they clearly show what recipes should look like, and in that they serve their purpose. 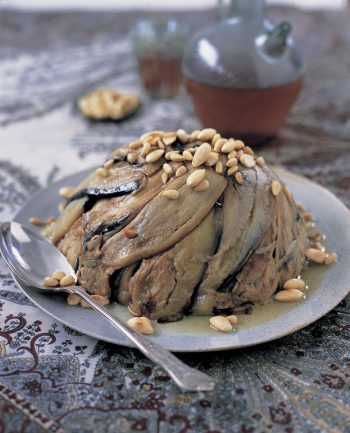 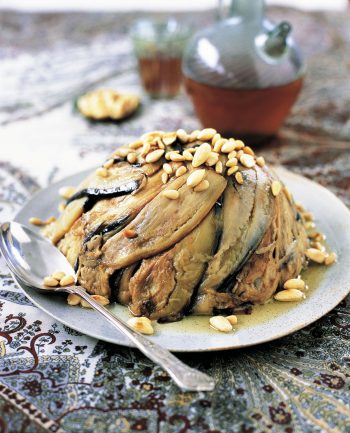 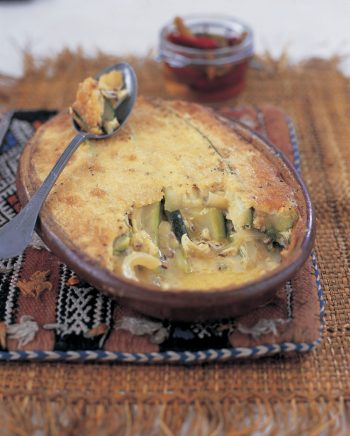 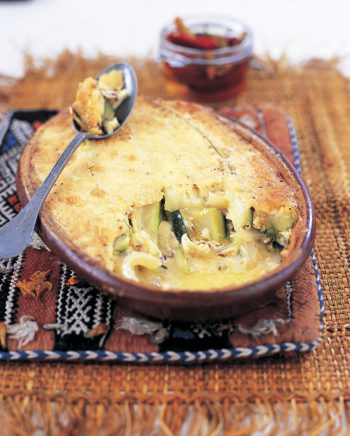 Photos from the book as is, and with minor digital processing applied

In many cases, it is impossible to associate a given recipe to a single country, so long and shared is the culinary history and traditions of the region that each of our featured countries (and often each region within them) have versions of the same dishes, but where a recipe is commonly associated with only one of the featured countries, this is explained in the recipe introduction, helping to paint a picture of what the cuisines share and how they differ.

We have made three recipes (so far) as part of our review of The Lebanese Cookbook. 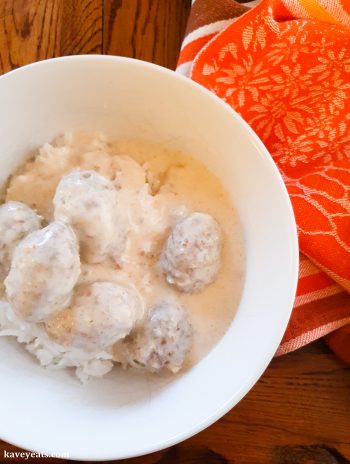 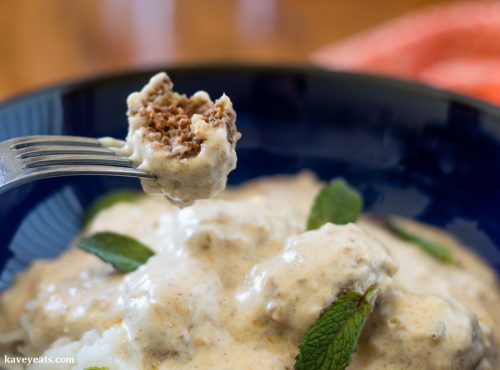 Meat and bulgur balls in yoghurt (kibbeh labaniyya) is a real change from the tomato-based European (Italian) and South Asian (Indian and Burmese) meatball recipes we have made before, and has a pleasingly tangy flavour profile from the natural yoghurt. Discovering last minute that we had no bulgur in the cupboard as thought, a query to Başan via social media yielded a quick recommendation to use pre-cooked freekeh instead, which we had in store and which worked perfectly. For future editions, a guidance note on rough size to make the meatballs would be a welcome addition. 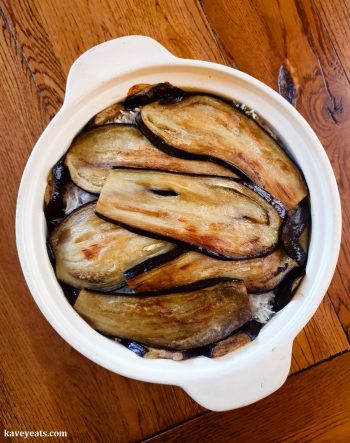 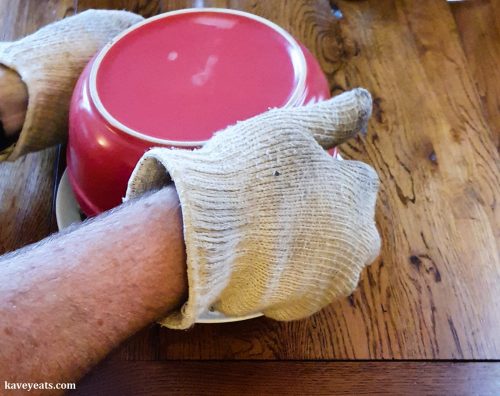 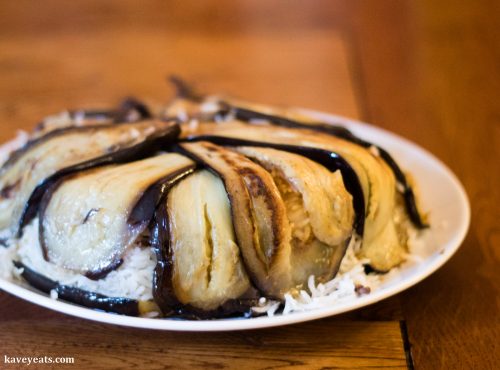 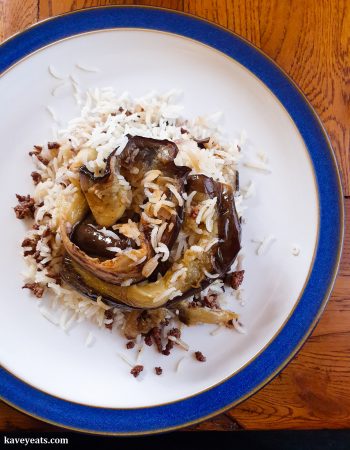 Rice with aubergine (maklubeh bajinjan) is an impressive dish to serve – an upside-down dome of rice and lamb wrapped in slices of silky aubergine – and a delight of really simple flavours that adds up to far more than the sum of its ingredients. 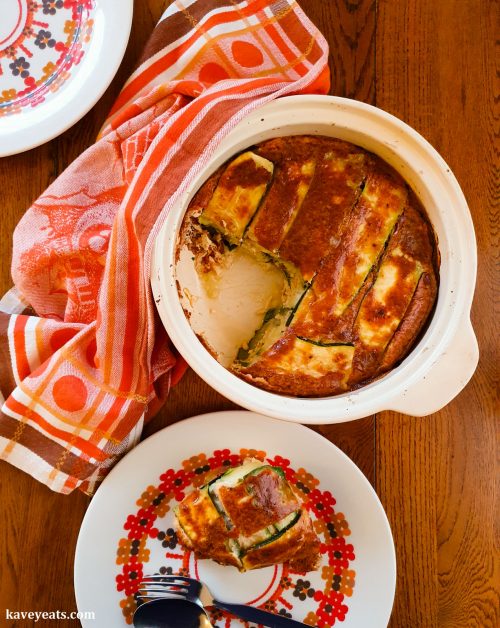 Courgettes baked in a cheese sauce (kousa bi gebna) is the surprise winner, described as a typical family dish, it consists of sliced courgettes baked in cheesy egg mixture that reminded us of a quiche filling. The use of caraway in this recipe is a revelation, this being a spice we have used only rarely in our cooking thus far. We’ve already made this recipe a few times as it’s a delicious vegetable dish that works equally well on its own as it does as a side vegetable.

Whilst it doesn’t provide the richness of cultural and travel photography that I recently enjoyed in Sumac (covering Syrian cuisine), the strength of The Lebanese Cookbook lies firstly in Başan’s comprehensive introduction to the history, culture and cuisines of Lebanon, Syria and Jordan, followed by cooking equipment and ingredients, the latter described in much welcome detail. And secondly in its wide collection of accurate, achievable and delicious recipes that will build any cook’s repertoire in the food of the Fertile Crescent.

Recipes From The Lebanese Cookbook

We are delighted to share these three recipes from the book, with permission from publisher Lorenz Books. [coming soon]

Please leave a comment - I love hearing from you!2 Comments to "The Lebanese Cookbook by Ghillie Başan | Exploring the food of Lebanon, Syria and Jordan"