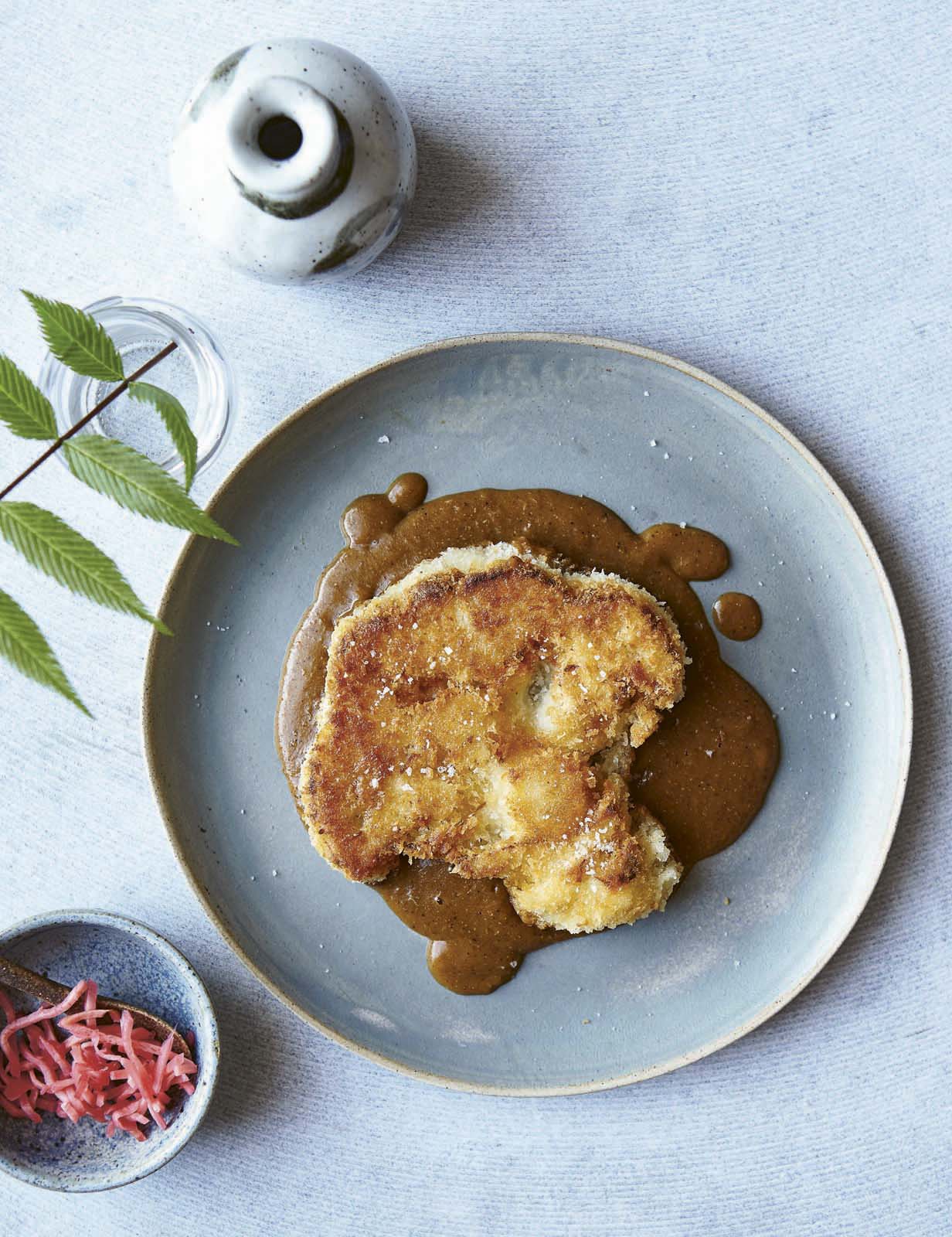 Nicky cooked and loved many recipes from Tim Anderson’s Vegan Japaneasy. With kind permission from publishers Hardie Grant to share three of Nicky’s favourite recipes from the book with you. Yesterday, we shared Tim’s Rough Night Rice. Today, we have a vegetarian katsu made with sliced cauliflower. The ‘katsu’ in katsu curry refers to the breaded, ... Read more »

Like quite a few dishes in Japan, katsu originated elsewhere in the world but, as with many so-called yōshoku (Western) foods, the Japanese made it their own. Based on a European breaded cutlet, it was originally called katsuretsu (a phonetic representation of “cutlet”) but was quickly shorted to katsu. Pork (ton)katsu is the most popular ... Read more »