When I asked people what Christmas food (and drink) they most love and hate, Christmas pudding topped the list of hates.

Luckily, enough people love Christmas pudding for me to easily find a band of volunteers to taste test a random selection of 2010 Christmas puddings. When Sarah of Spoon PR kindly volunteered Spoon HQ as the venue, we were all set!

A couple of the puddings were sent to me for review. Some, I bought from supermarkets. My fellow tasters obtained a few more.

In the end, we tried only 8 of 13 puddings assembled – we just couldn’t manage any more – but we did work our way through all those I had most wanted to review. One of those tested was a home-made pudding, which I’m not including in the main listing, as the test was intended to be shop-bought puddings only.

I can’t claim that the test is scientifically very rigorous – we steamed three of the puddings for their allotted number of hours but the rest were microwave heated. And there are many, many, many puddings out there that we didn’t include. But we had a great evening and, with ten of us judging, we got a decent and varied response to each pudding.

Here are the panel’s scores (out of 10) and feedback, in reverse order:- 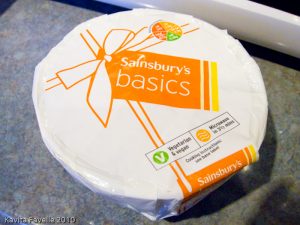 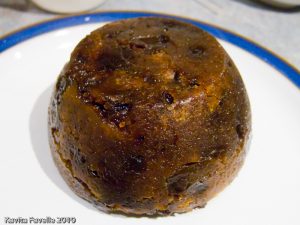 Comments: Held it’s shape well, a paler colour than others, glossy, not much smell, stodgy and dense texture, very bland, tasteless, lacking in flavour or richness, lacking in spices, no booziness, a cheap, burnt sugar taste… some felt it had a lot of fruit, others that it didn’t have enough, there were comments that there were lots of sultanas but not much of any other fruit, an orangey taste but flavouring not real fruit, it was “like a school pudd”, it was “not much like the ghost of Christmas puddings past”.

Despite the universally negative comments, all were impressed when the identity and very low price were revealed, especially as the pudding would likely be improved by being flambéed and served with brandy butter, cream or a good custard. 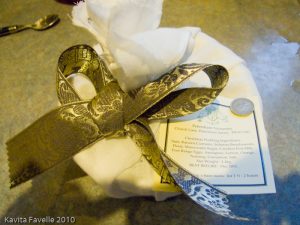 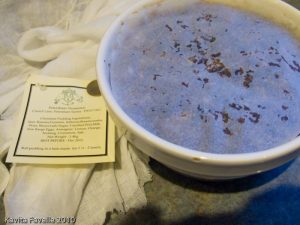 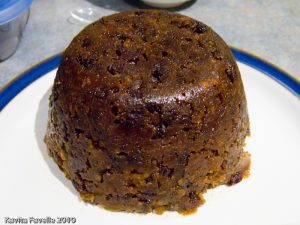 Price: £28.50
Size: Listed as 1.4 kilos but not sure this is correct, as didn’t seem that large
Container: real pudding bowl

Comments: Pale colour, lots of spice in the smell, smells of nutmeg, an odd medicinal tang, spongy texture, dry and cakey, no obvious taste of booze, plenty of fruit, fruity but not cohesive, rather bland, flavour too subtle, tasteless, strange flavour, meatiness!, distinctly unrich, coats the inside of the mouth, strange aftertaste.

Virtually everyone’s comments included the word “bland” and when the identity and price were revealed, opinions went down further given the high price and the provenance. 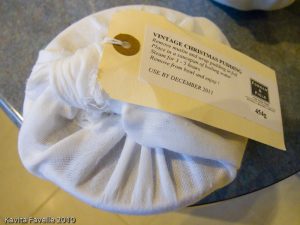 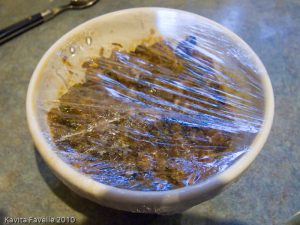 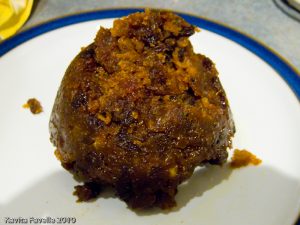 Comments: Very difficult to get out of the bowl without breaking, not very glossy, a reddish colour, looks good, seville orange marmalade smell, smells oranges and apples, smells of citrus, sticky, stodgy, gooey, the booziness tastes orangey, not very rich or complex in flavour, too much orange, tastes like marmalade, very sickly, too sweet, fruit doesn’t come through well (apart from orange), not much booze, a bit heavy on sultanas, too orangey.

More than one person commented on the apples and oranges smell and several mentioned marmalade when trying to pin down the taste. Most of the panel liked the smell but were not keen on the taste.

Note: With the Forman & Field pudding came a huge jar of brandy cream. Flecked with vanilla and generous with the brandy this was (almost) universally appreciated and got a huge thumb’s up. The only criticism of the cream was that it was a touch too thin and runny. 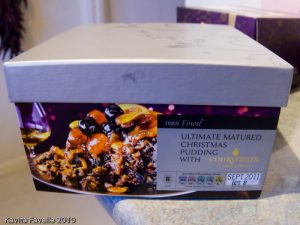 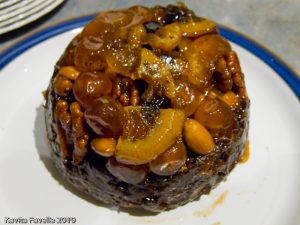 Comments: This pudding resulted in lots of oohs and aahs on sight.

Citrus perfume, sticky in places, in others quite dry, lots of fruits and nuts but they don’t seem to blend very harmoniously, the candied orange is nice, gooey and gluey, squidgy, boozy, sticky on top but bland on bottom, more fruity than spicy, lots of fruit including cherries, big chunks of cherries and candied orange, too much on top and not enough in the pudding, “this is what Christmas pudding should be like” (taste), nice at first but soapy aftertaste, dressed up, bejewelled, “show stopping looks”, “the next top model of puddings”.

It’s definitely a “wow factor” pudding with it’s glacé fruit, nut and candied peel topping. That said, most didn’t feel this was a “proper” Christmas pudding, despite how good it looked. 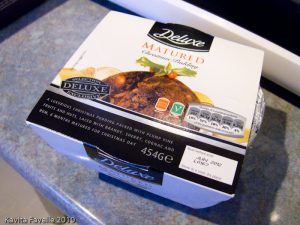 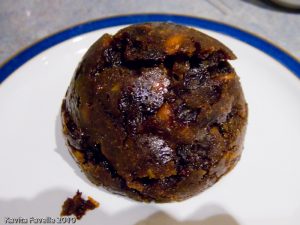 Comments: I was keen to include this pudding in our review after hearing that it came top in the Which? consumer review of Christmas puddings.

Good round shape, slightly broken, dark colour, fruit and nuts showing, glossy, a metallic smell, liking the texture, crumbly and cakey, grainy, too sticky, mealy, generous fruit content, whole cherries and whole nuts, lots of full uncut fruit, feels quite luxurious with the chunks of cherries and almonds, taste caramel, rich and boozy, tastes boring, quite rich, slightly sickly, cheap nuts, sweet and rich, sweetness comes from sugar not from fruit, the nuts give a nice crunch but no flavour at all, not enough spice, coats the roof of the mouth, lacking something – maybe citrus?

With the exception of one panel member who gave it a 3 this pudding scored 5 or above from every other taster. When the identity and price was revealed, people were even more impressed with it’s great value. 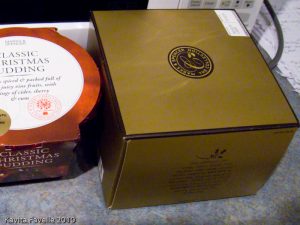 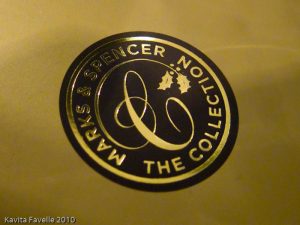 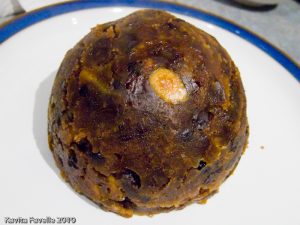 Comments: Nicely rounded, lovely shape, looks chunky, pale, fruit and nuts clearly visible, not a strong smell but pleasant, smells of brandy, smells boozy, good texture – not too heavy, firm and dense, slightly dry, can taste brandy booze, can taste the almonds, pecans and cranberries, not enough fruit, lots of fruit, really chunky, huge chunks of nuts, nuts too whole, plenty of nuts, too much orange, too rich, not too sweet, not very complex in flavour, not very boozy, a good balance of flavours, not too rich but rich enough.

This pudding smelled boozier than it tasted. The flavours of the various ingredients melded together better than most of the other puddings and it got the balance right in terms of richness of texture too. By weight, priced similarly to the first place pudding, everyone felt it was a good price for a good pudding. This was a great all rounder and a close second. 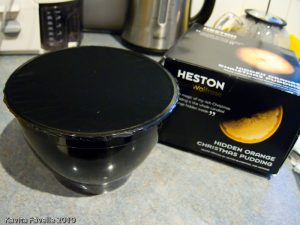 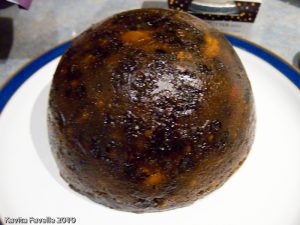 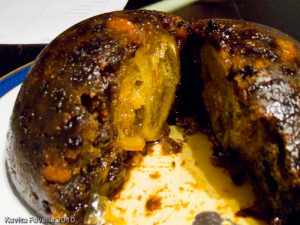 Comments: This pudding couldn’t really be tasted anonymously, since everyone and his dog knows about the hidden orange at its centre!

Slipped out of bowl very easily, shiny, rounded, texture is very very soft, falls apart, loose, hard to cut neatly as so soft, as you cut into the orange, lots of thick orange syrup escapes, gooey, beautiful candied orange, feared orange would be too sweet but isn’t, very fruity, gorgeous orange pieces, superbly moist, crunchy and moist, appears simple then is fabulous, plenty of fruit, an even spread of fruit, chunky nuts, not very boozy, not too heavy, lovely depth of flavours, stunning, rich, light but flavourful, love orange and nutty taste.

I think the panel unanimously loved the orange inside, not only for the spectacle but also for it’s flavour and for the moistness its syrup added to the pudding.

With all the media coverage about this pudding – stores running out and crazy bids on ebay – I wasn’t alone in wondering whether the pudding could possibly live up to the hype. It did!

Generous though I may have been to share my precious Heston pudding with the tasters, I did selfishly save the leftovers with which I shall be making some Christmas pudding ice-cream. So I will get to enjoy some of it on Christmas day too! 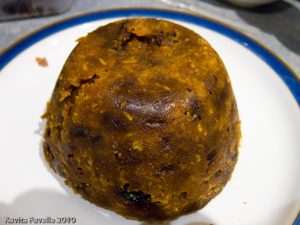 Many thanks to Andy for sending one of his home-made puddings for us to taste. It scored a very respectable 6.6 putting it behind only Waitrose/Heston and M & S.

I hope you’ve enjoyed my mini Christmas pudding review. And yes, I know, fat lot of good the results are to you given that the first place pudding is no longer available! But I hope the second and third place puddings will give you food for thought!

Please leave a comment - I love hearing from you!27 Comments to "The Great Christmas Pudding Taste Test!"