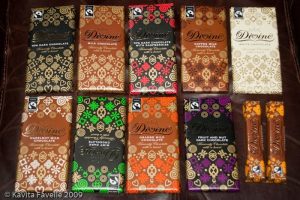 Please leave a comment - I love hearing from you!7 Comments to "Divine Chocolate | Extra Fair Trade!"