Scotland is blessed with a terrific natural larder – top quality beef, poultry and dairy, an abundance of fresh fish and seafood, excellent wild game, not to mention the national tipple, scotch whisky, made from malted barley.

But like anywhere, it can be cheaper and easier for the hospitality and catering industry to purchase lower quality produce, especially when focused on profit margins over provenance and quality.

We spent a few days in Edinburgh recently, determined to try as much of that fabulous Scottish produce as we could. But, without long hours of research – trawling the web for reviews, menus and hard-to-find hints about sourcing policies – how could we find the city’s culinary gems?

We turned to the Taste Our Best scheme for help. Established by national tourist organisation VisitScotland, Taste Our Best is a quality assurance scheme that champions hotels, restaurants, cafes and visitor attractions that not only offer high quality eating and drinking experiences, but champion and showcase Scottish produce throughout their menus.

During our city break we visited hotels, restaurants and local attractions recognised by the Taste Our Best scheme and a few more that also make great use of Scottish ingredients.

Here’s the Kavey Eats lowdown on our favourites: 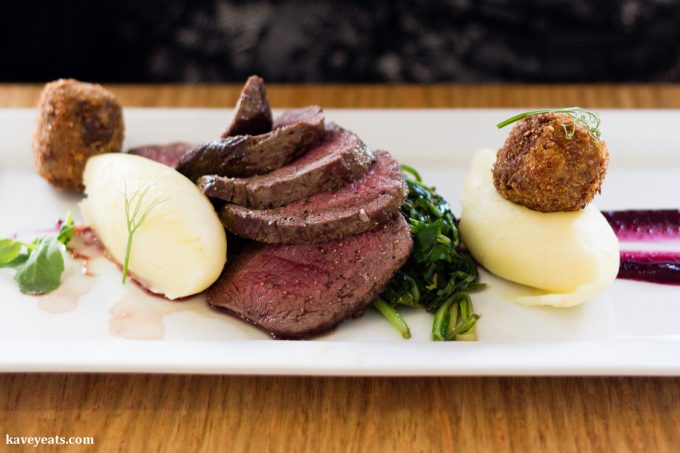 Half an hour’s drive from Edinburgh city centre, the Bridge Inn boasts a picture-perfect setting; by a humpback bridge over a gentle bend of the Union Canal, it’s a haven of tranquility. Since buying the inn 2010, owners Graham and Rachel Bucknall have turned it into an bright and elegant space offering modern Scottish dining (and rooms).  Cooking by head chef Ben Watson is faultless, beautifully presented and full of flavour. Favourites are the ‘butter seared scallops, local carrot and ginger puree, crispy Stornaway black pudding, smoked bacon, pan glaze’ and the ‘Ardgay venison loin, crispy haunch boudin, cabbage, clotted cream mash, tawny port jus’. Make sure you save space for the assiette of desserts – smallish portions of four or five desserts – and walk it off afterwards by taking a leisurely stroll along the canal path. 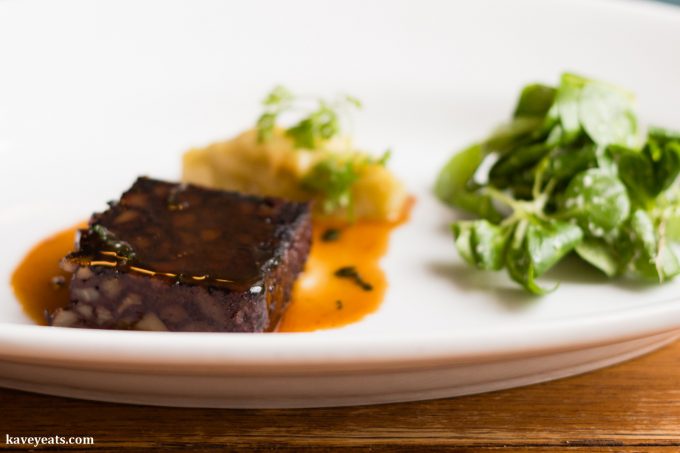 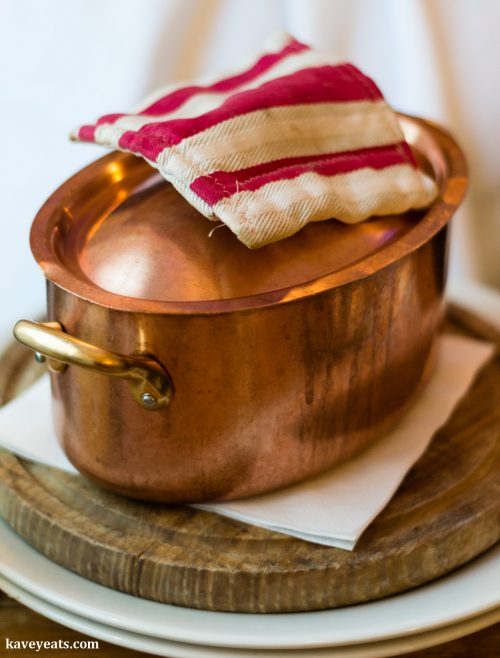 Like all the best French chefs, Fred Berkmilleris not just committed to provenance but is obsessive about it. Unlike many French chefs, he sources almost the entirety of his produce within in Scotland. If something isn’t available, such as the fresh ducks’ blood he favours for making fresh  black pudding, he encourages local farmers to provide it, forging mutually supportive relationships across the country. The proof is not just in the pudding but the savouries too. A speciality of the restaurant is its ‘casserole du moment’, served to the table family style. As the lid is lifted, beef-scented steam spirals out of the pan and we quickly dig in to meltingly tender brisket bourgignon. Later, an impressive ile flottante arrives as a Titanic slab of sweet, light meringue in a custard sea. 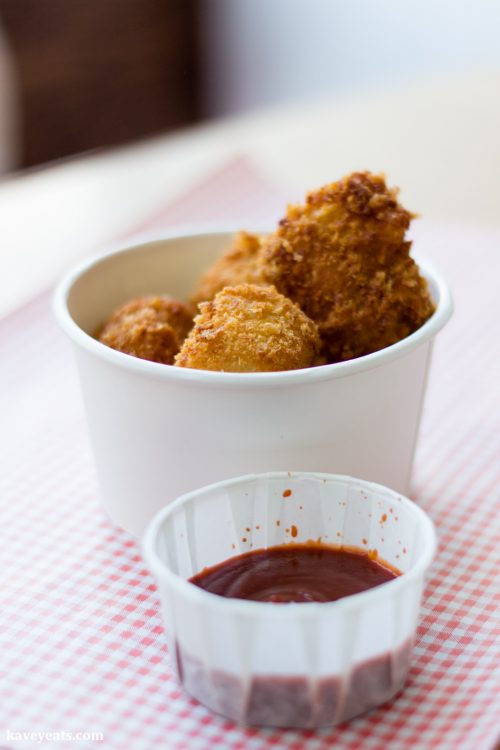 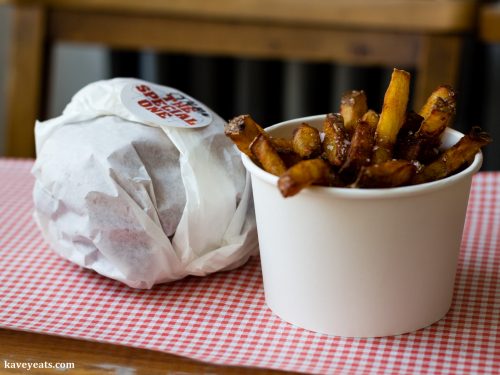 The core of the BMB’s menu is a tasty range of burgers made with quality Scotch beef and served in brioche buns. Regulars such as the Classic, Big Cheese and Smokin’ Bacon are supplemented by daily and seasonal specials such as  The Italian Job – a juicy pork patty with salami Milano, Toma Raschera cheese, Sicilian aubergine relish, radicchio and herb mayo. Also not to be missed are MacNuggets – morsels of macaroni cheese breaded, deep fried and served with chipotle ketchup – and a selection of chicken wings from buffalo with blue cheese to Korean and Chinese styles. Milkshakes can be hard or soft and the beer list includes a range of craft beers in bottle and on tap.

Whether you’re a loyal Royalist, curious about the lifestyles of the rich and famous or simply interested in large ships, The Royal Yacht Britannia is a must-visit attraction. Since being decommissioned in 1997, Britannia has been permanently moored in Edinburgh’s historic Port of Leith, accessed via Ocean Terminal. Audio guides allow visitors to explore the ship at their own pace. The Royal Deck Tea Room is open from mid morning to late afternoon and offers a perfect, sumptuous venue for a light lunch or a slice of cake and tea. Sandwiches and soup are elegantly presented and served by smartly uniformed staff. 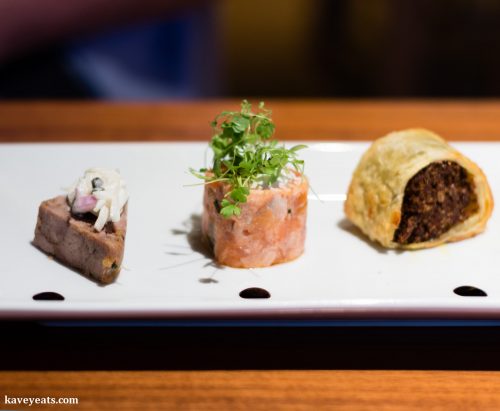 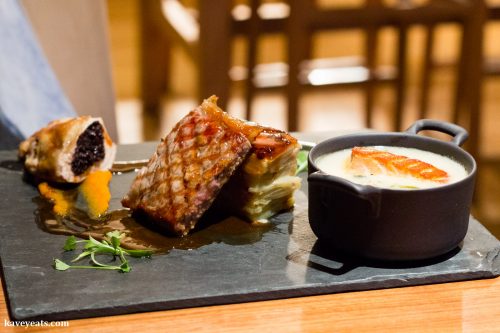 If you’re looking for a fun way to learn more about whisky, this popular attraction is the place to come. Start by taking a barrel ride – a haunted-house style tour that twists and turns through video-animated corridors – to learn how whisky is made. Follow it up with a tutored tasting to get to grips with the different regional styles of Scotch and don’t miss the chance to gawk at the stunning Diageo Claive Vidiz Collection of nearly 3,500 rare and unusual bottles.  Finish with lunch or dinner in the Amber restaurant, serving traditional Scottish fare, and a dram or two in the Whisky Bar afterwards.

Kavey Eats was a guest of Visit Scotland for this trip.