One of the things we’ve missed from London since moving to rural Monmouthshire in Wales is easy access to dim sum. A recent call out for dim sum recommendations in Cardiff led us to Happy Gathering, a Chinese restaurant on Cardiff’s Cowbridge Road. 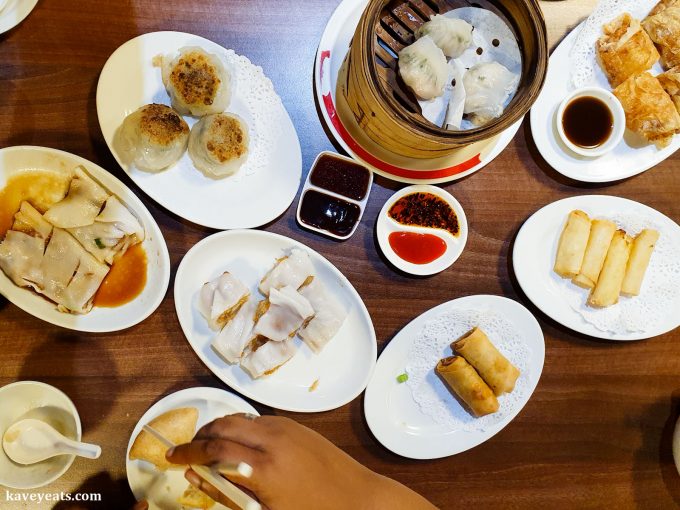 My favourite London restaurant for dim sum is Phoenix Garden, which I visited reasonably often with friends; usually a large enough group for us to order a fabulously large number of dishes.

Happy Gathering’s dim sum menu is much shorter, though it still has a reasonable selection. Overall, the offering isn’t quite as polished but it’s certainly enjoyable, with a few stand out items in our order. Note that the Happy Gathering dim menu doesn’t provide the Cantonese names for any of the items, but I’ve included them where I can, below, as they are often listed by these names on other dim sum menus. 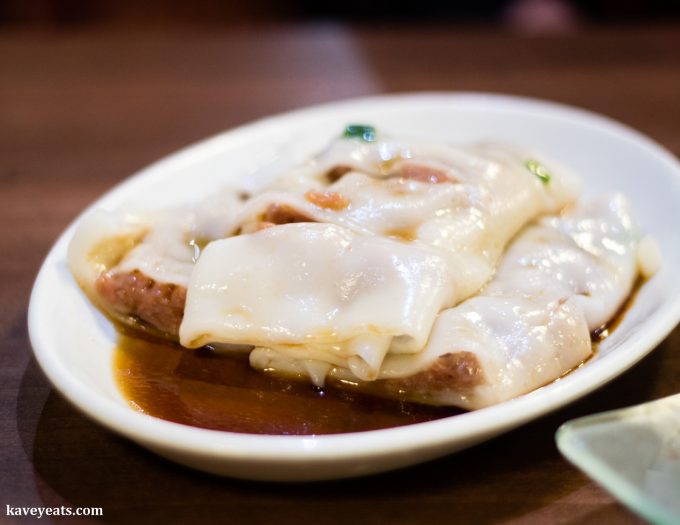 Of the two cheung fun (rice noodle roll) dishes we ordered, the beef filled one was the clear winner and one of my top three dishes of the meal. The minced beef was soft and slippery, perfect with the slippery chew of the noodle wrapping, and doused in a fragrant, light and sweet soy sauce 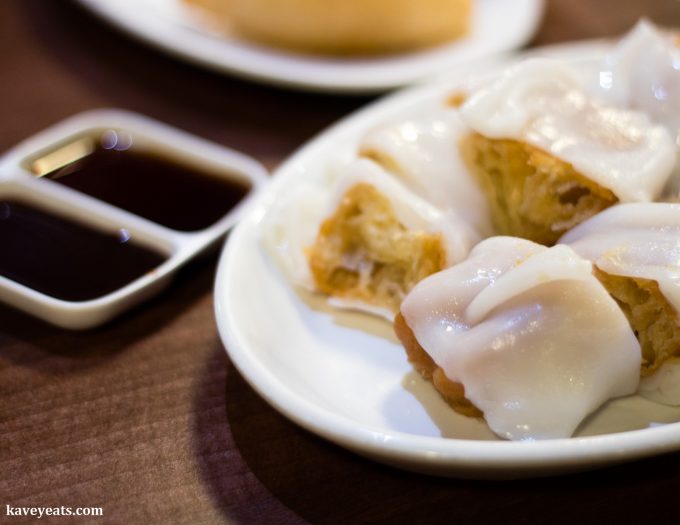 The youtiao cheung fun (fried dough rice noodle roll) was decent but a little dry and bland to eat, with only the shallowest serving of sweetened soy to dip, alongside hoisin sauce – we are more used to this dish being served generously doused in sauce, or with a deeper bowl of the sauce served alongside into which each piece can be dunked before eating. 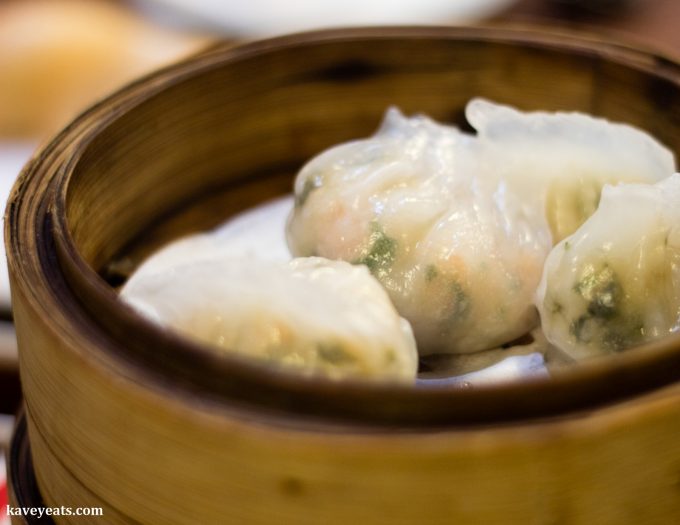 Instead of plain hargau (prawn dumplings) I ordered a prawn and coriander variation, steamed inside a translucent dumpling wrapper. These were decent. 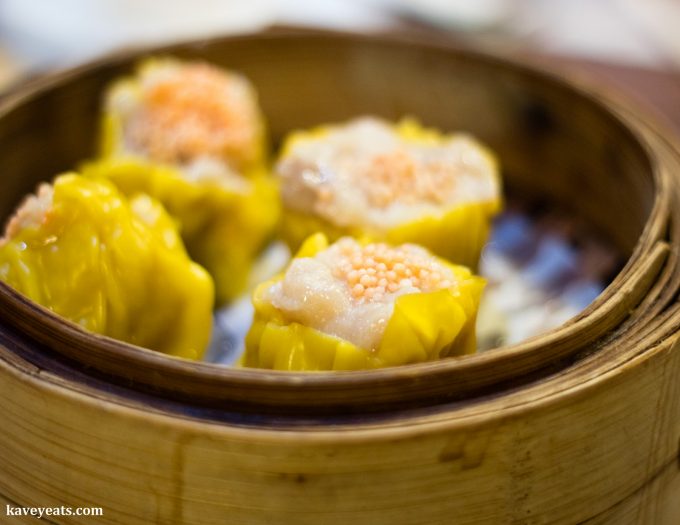 I was less impressed by the suimai (open-topped pork and prawn dumpling), which was a little lacking in flavour, and I found the insipid pale peach colour of the topping visually off-putting – it’s usually the vivid orange of fish roe or very finely diced carrot. 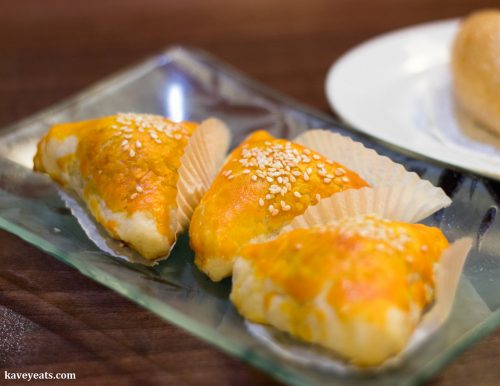 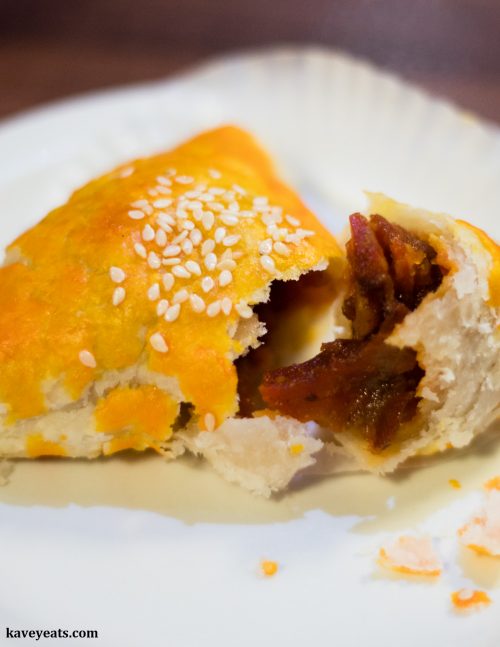 We all enjoyed the char siu so (roasted pastries with char sui pork), the pastry soft and flaky and the roast pork inside sweet and tasty. 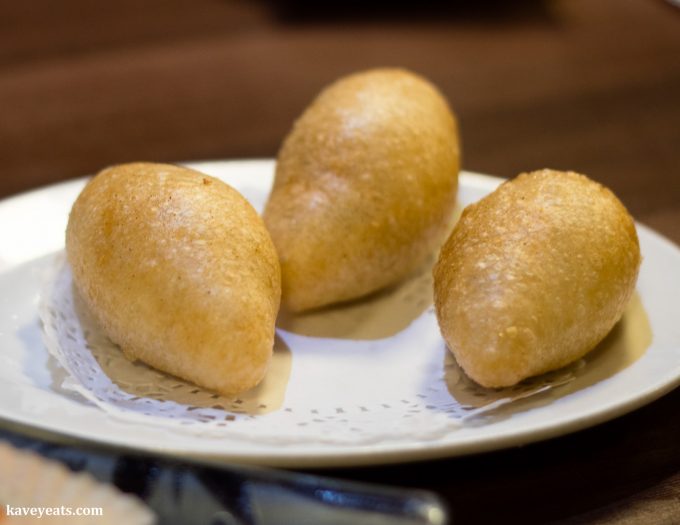 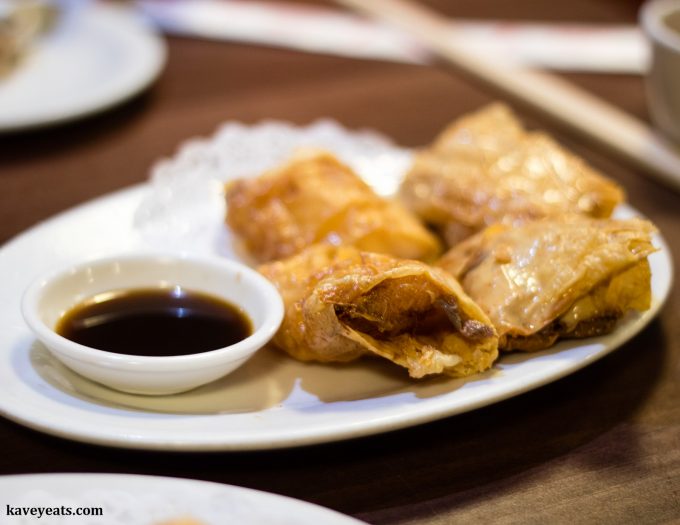 My favourite of the ten dishes we ordered was definitely the deep-fried prawns in beancurd-skin (fu pei guen) – fantastically crunchy, with a generous amount of tasty filling. 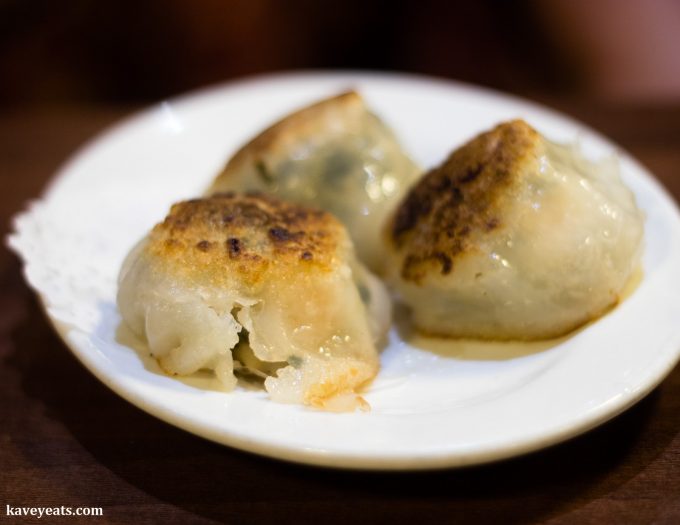 The large fried pork and chive dumplings were only so-so. Served as you see them with one split open, they were the least memorable of the dishes, and I wouldn’t order them again. 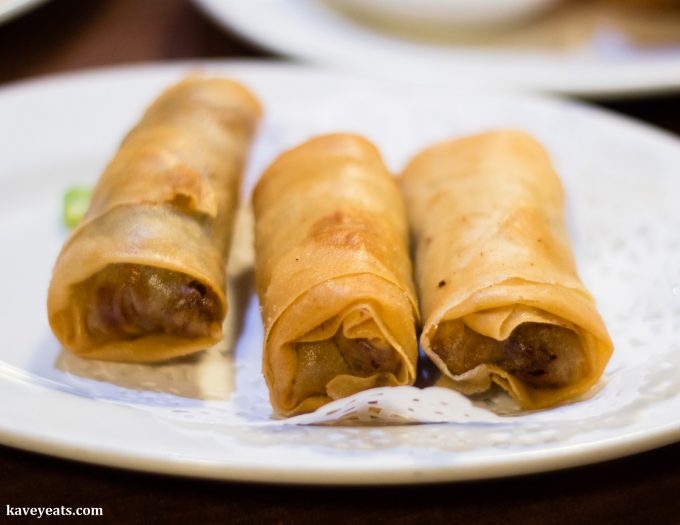 Pork and bamboo shoot spring rolls were excellent, with plenty of flavour in the filling, a great crunch to the wrapper and served hot out of the fryer. I often find spring rolls a bit meh, but these were amongst the best I’ve tried. 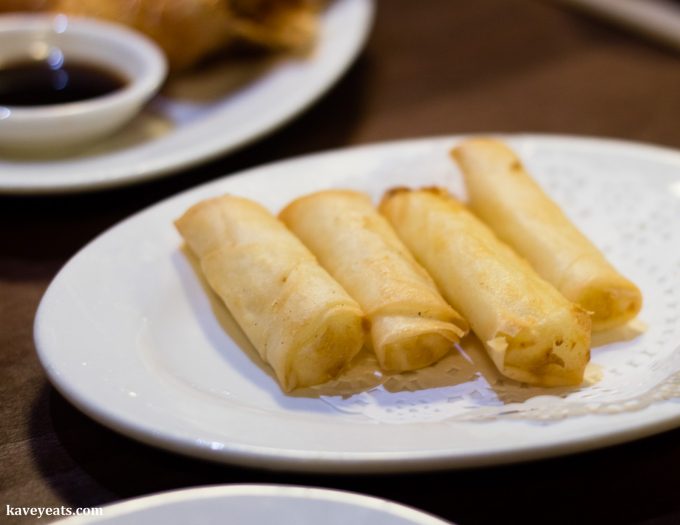 Rather more unusual (not something I’ve come across before) were the custard-filled rolls, which contained a sweet egg and milk custard filling. I’d have liked a little more colour and crunch on the wrapping but they were tasty, if rather weird. I prefer egg tarts and molten lava buns!

I’m keen to go back and try more of the dim sum menu, as well the Happy Gathering’s main menu too. To those who’ve been, are there any dishes from the a la carte that I shouldn’t miss?

Please leave a comment - I love hearing from you!10 Comments to "Dim Sum Lunch at Happy Gathering in Cardiff"