Contrary to claims by some, spelt doesn’t have less gluten than wheat flour however the protein within spelt does have a different molecular structure; it is shorter than in other cultivated wheat species. That’s said to make it easier for the human digestive system to break down, but I’ve not seen any scientific studies proving this. (I recommend that you get advice from your doctor or professional dietician before trying spelt, if other forms of flour are a problem for you). 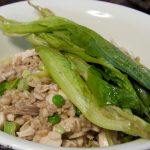