We don’t really need a special week to celebrate the wonder that is pie, but perhaps it’s no bad thing.

Many of us love pies, and I ‘m sure I’m not alone in being drawn towards a properly made pie, when I see it on the menu.

But how many of us make the effort to make pies at home?

Oh I know some do, and the photos shared on blogs and twitter look glorious. But if you’re anything like me, you’ll often cook dishes that would make great pie fillings (my beef cheeks bourgignon, for example) but seldom take it to the next step of putting that filling into pastry to make it into a pie. We’ve only made pies a couple of times, prompted to do so by recipes in cookery books I was reviewing. (Admiring gasps for my pie there, please, doesn’t it look good?)

Last week, Pete and I were invited to sample some of Britain’s best pies at The Windmill pub in Mill Street, near Oxford Circus.

Carl Smith has a well-deserved reputation for making and serving fine pies, at The Windmill and sister pub, The Guinea. There’s even a Pie Club of over 6000 members who enjoy special events, cookery demonstrations and pie dinners.

During our visit, we sampled his lovely fish pie (made with a selection of fresh fish, the unusual but successful addition of crayfish and some smoked salmon trimmings to add texture and depth of flavour). Rich, creamy, indulgent, it was definitely one of the nicest fish pies I’ve tasted. The steak and kidney pie was smashing too. In fact, it’s won the National Pie award three times!

To celebrate the recipe’s 21st anniversary, Carl has created a video in which he shares the recipe, tips and tricks, which you can view on his youtube channel, along with video recipes for some of his other pie creations.

The steak and kidney filling was excellent, but so was the parsley-flecked suet pastry, which was a great match to the rich meaty goodness inside. And, three cheers for it being a proper pie, with the filling fully encased with pastry! Pudds, for those who had space, were individual apple and rhubarb pies, served with custard. British Pie Week is 5th – 11th March and The Windmill is offering a pietastic menu including beauties such as Chicken, Bacon & Leek Pie or how about Beef Bourguignon Pie or the Fish Pie and that glorious Steak and Kidney Pie. Veggies have not been forgotten, and can opt for a Spicy Feta, Lentil and Chickpea Pie.

I hope you’ll be enjoying some fine pies this week!

I leave you with one of my favourite cartoons, over to Weebl and Bob! 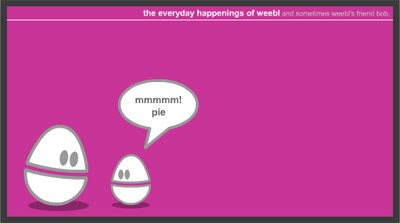 Kavey Eats dined as a guest of The Windmill.

Please leave a comment - I love hearing from you!8 Comments to "British Pie Week 5 – 11 March"