Our guest author for today's post is Jacky, one half of the traveling pair at Nomad Epicureans. With a passion for all things beautiful, she writes about culture, art, and food in Scandinavia.

If you are looking for the perfect summer getaway, why not plan a city break in Scandinavia? Despite popular belief, Scandinavia is actually at its most beautiful during the summer months. Although a wintery landscape has its allure, the cities often remain grey, rainy, and muddy during the colder months. In the summer, you are much more likely to get to enjoy Scandinavia’s beautiful nature, thanks to warmer temperatures and longer days.

In Scandinavia, cities tend to be rather spread out, with lots and lots of beautiful nature between them. That means, whichever city you choose, will always have the best of both worlds – a serene environment and the city bustle. Below are some recommendations for the best city breaks in Scandinavia. 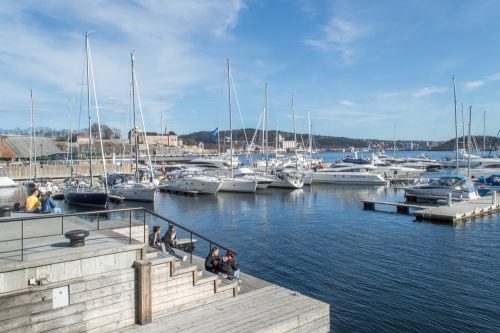 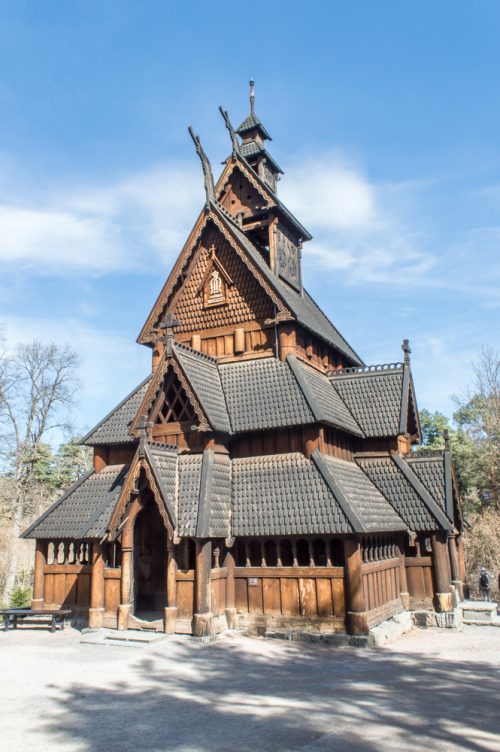 As the capital of Norway, Oslo makes the perfect city break destination in Norway. Dating back to Viking times, Oslo is one of the oldest cities in Scandinavia and has been the country’s capital since the early 14th century. Still, little remains of the original Oslo as it fell victim to a devastating fire in 1624. Instead, what you find today is a beautiful mix of classicism and, of course, cutting-edge modern architecture.

In fact, one of the best things to do in Oslo is to go hunting for these architectural marvels. Some of the most intriguing buildings include the Norwegian National Opera, Oslo City Hall, Tjuvholmen, Bjørvika Barcode, Akrobaten bridge, and, of course, the ever-popular neighborhood of Aker Brygge.

Aker Brygge has become one of the trendiest neighborhoods in Oslo in recent years. Not only is it a beautiful place to take a walk, but it’s also the best place to grab some drinks and delicious food. While the prices can be a bit higher here, the view over the harbor with the opera house and Akershus Fortress in the background is well worth it. Be sure to try some traditional Norwegian dishes, such as Lefse, Raspeballer, or Rakfisk. If you are feeling particularly adventurous, go for lutefisk, dried fish treated with lye.

Apart from beautiful architecture and hipster neighborhoods, Oslo also has many top-notch museums on offer. Although the Viking Ship Museum is the most popular of all, a visit to the Fram Museum is also a must. Besides these, you can find even more museums related to Oslo’s naval past, such as the Kontiki Museum or the Maritime Museum. As if that was not enough, you can also check out the Norwegian Museum of Cultural History, an outstanding open-air museum, or get inspired at the Munch Museum, dedicated to Norway’s most famous artist. 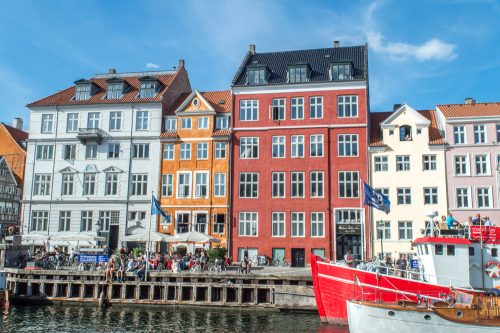 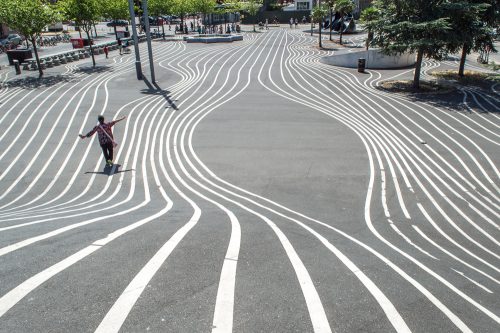 Out of all Scandinavian cities, Copenhagen is perhaps the most easy-going and most accessible. What started off as a small Viking fishing village in the 10th century has since become a bustling city, full of contrasts. Hundreds of different colors and textures contribute to Copenhagen’s unique cityscape unique and make it a treat to explore on foot or, if you dare, on bike – Copenhagen Style.

Naturally, during any visit to Copenhagen, you can’t miss its most iconic sights, such as The Little Mermaid Statue, Tivoli Gardens, and colorful Nyhavn. However, the city has more to offer beyond its postcard picture scenes. Copenhagen’s true soul is best explored in its vibrant and diverse neighborhoods. Head to Vesterbro for the hipster take on life, relax in leafy-green Østerbro, or treat your senses in culturally diverse Nørrebro.

In recent years, Copenhagen has become famous worldwide for its fresh interpretation of Nordic cuisine, led by the genius minds at Noma, named the best restaurant in the world not only once, but 4 times in total. For a more traditional take on Danish food, be sure to try some smørrebrød, a Danish open-face sandwich, or even a simple Danish hot dog from any of the dozens of street vendors in the city.

Burn off the calories by power shopping for the quintessential Danish design piece at Illums Bolighus or Hay. And while you’re at it, be sure to drop by Copenhagen’s fabulous Design Museum and explore some of the modern architecture on Amager or at Nordhavn.

And if all that wasn’t quite enough yet, Copenhagen also makes the perfect base for exploring the castle that inspired Shakespeare’s Hamlet, numerous fairytale castles, and the world’s oldest amusement park. 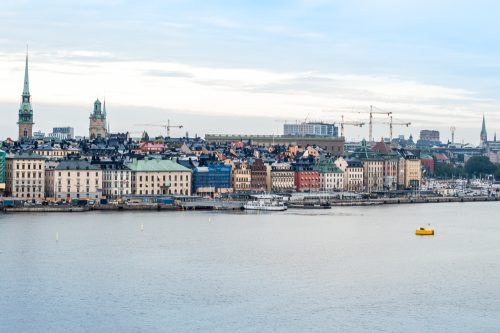 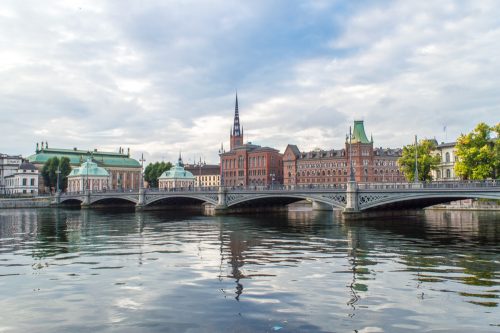 If you enjoy serene nature and pristine cityscapes, you will love Sweden’s capital, Stockholm. Spread over 14 islands, connected by a lattice-work of bridges, canals, and ferry routes, the city undoubtedly features the most beautiful natural setting in all of Scandinavia. The city became prosperous during the Middle Ages thanks to its connections to the Hanseatic League. Much of the city’s grand splendor remains today.

Among Stockholm’s most notable sights are the Royal Palace, as well as a large range of top-notch museums such as the imposing Vasa Museum, the Fotografiska Museum, Moderna Museet, and the Nobel Museum. And, of course, who could forget the ABBA Museum, dedicates to Sweden’s greatest musical export?

Food lovers head to Östermalm for its famous food hall, Östermalms Saluhall. What started off as a regular market place in 1888 has become a mecca of elevated street food. If you’re lucky and you’re visiting Stockholm in August, you can indulge in what is known as kräftskiva, or ‘Crayfish Party’. Crayfish was once popular among the upper classes during summertime but has since become popular throughout the country. It is often accompanied by plenty of alcohol and merry songs. During other months, make sure not to miss a plate of traditional Swedish meatballs, served with ‘brown sauce’ and lingonberry jam, usually accompanied by potatoes.

The outdoors in Stockholm is best enjoyed by exploring the cobble-stoned street of Gamla Stan, Stockholm’s old town, or at Skansen, the world’s oldest open-air museum. To cap off your city break in Stockholm, make a visit to Södermalm for some of the city’s best bars and a spectacular view of the city. 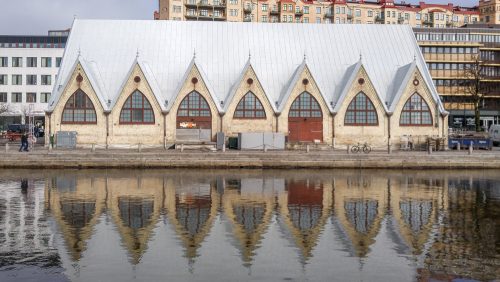 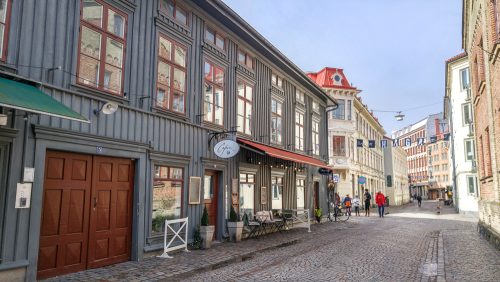 As Sweden’s second biggest city, Gothenburg exudes quite a different charm than the country’s capital city, Stockholm. It may have started off as a Dutch trading post, but it is easily the embodiment of the Swedish lifestyle today. Known for being a student city, Gothenburg is vibrant, lively, and full of surprises.

Some of the best things to see in Gothenburg include Skansen Kronan, an imposing hill-top fortification, the Gothenburg Art Museum, one of the best in Scandinavia, the Museum of World Culture, and Oscar Fredrik Church. If you’re up for a museum of a different kind, explore Gothenburg’s industrial past at the Volvo Museum.

Gothenburg’s crown jewel, however, is the Haga district. It is best known for its quaint wooden houses, dating back to the 19th century. Ironically, this once used to be a working-class area with a bad reputation but has since been transformed completely. Here you will find one-of-a-kind boutiques and some of the best cafes in the city. You cannot leave Gothenburg without stopping by Cafe Husaren for a traditional Hagabulle – a cinnamon bun as big as your head.

If you are looking for something more substantial, head over to the iconic ‘Fish Church’. This fish market has been likened to a church not only because of the divine produce on sale, but also thanks to its intriguing architectural style. Inside, Restaurant Gabriel serves elevated seafood cuisine which is sure to tickle your fancy. 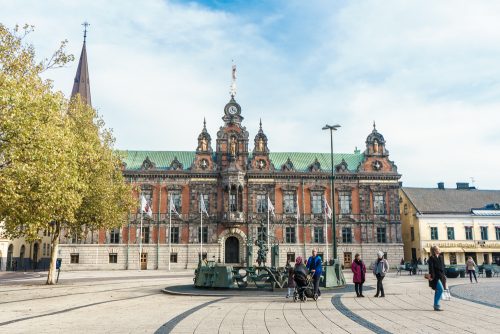 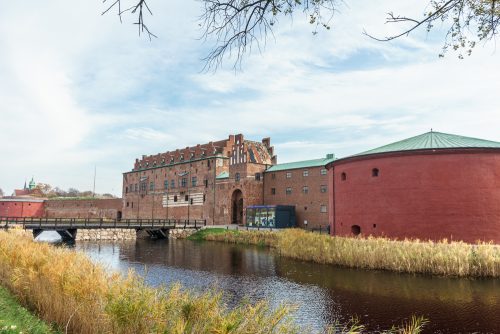 Sweden’s gateway to Europe, Malmö is the nation’s third largest city. It was founded in the mid-13th century and was under Danish rule from 1397 to 1658, coming only second in importance after Copenhagen. In a sense, Malmö is very different from its other Swedish sisters on this list. Located in the Copenhagen Metropolitan Area even today, it often gets overshadowed. Nonetheless, the city has plenty to offer. After all, it was one of the first industrialized cities in Scandinavia and a hub for innovation for a long period of time. After an initial decline in the post-industrialist era, Malmö has developed into a center for biotech and the IT sector. Malmö has plenty of style with its pretty medieval center, a patchwork of cobbled and mainly pedestrianized streets that is full of busy restaurants and bars.

A mix of old and new characterizes the city. The center square Stortorget, laid out in the 1530s, is dominated by Rådhuset, the town hall, originally built in Dutch Renaissance style in 1546. Just a street behind Stortorget lies Malmö’s cathedral, St. Peter’s Church. This stunning red brick church was built in the 12th century and was modeled on the famous St Mary’s Church in Lübeck. Besides more historical sights such as Malmö City Hall, and Malmöhus Castle the city also bursts at the seams with modern architectural gems. Among the best-known examples worldwide is the Turning Torso, the tallest building in Scandinavia. Completed in 2005, it can be seen from nearly anywhere in the city and, on particularly clear days, even from Denmark.

In recent years, Malmö has attracted large numbers of foreign immigrants, transforming the city into something entirely new. This new influence can best be seen in Malmö’s up and coming gastro-fusion scene. Traditional Swedish elements are accompanied by exotic spices and fresh cooking techniques. For something a bit more traditional, you can, of course, always cozy up in one of Malmö’s many cafes for a homey fika session. The key in Malmö is to take it slow.

As if all that wasn’t enough, Malmö is also the ideal starting point for exploring more of the Swedish coast. Only 20km from the Malmö lies the city of Lund, best known for Lund Cathedral and Lund University with the ivy-covered Lund University Library. A bit further up North, you’ll find the charming town of Helsingborg which is well worth a visit just for its impressive city hall alone. 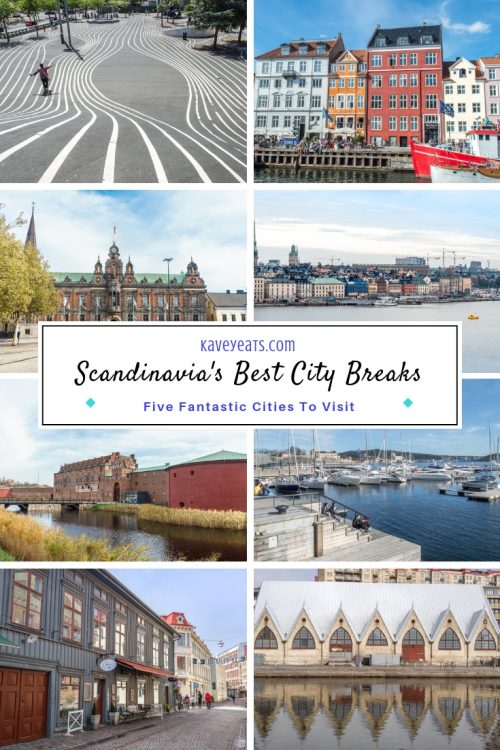 Please leave a comment - I love hearing from you!13 Comments to "The Best City Breaks in Scandinavia"