In the era of Nando’s – the ubiquitous South African restaurant chain specialising in peri-peri chicken – this fiery chicken recipe has become a favourite across the UK. It’s a dish born of European colonisation and global trade. The Portuguese traded chillies and many other products from the Americas to Europe, and across their colonies in Africa and Asia. There is some debate about whether the dish originated in Portugal (and was thereby introduced to Mozambique and the rest of Southern Africa) or whether it was the other way around, but the name itself comes from the Swahili pilipili (meaning pepper), from which the Portuguese derived piri-piri. It’s most commonly spelled peri-peri in English.

This recipe is from Live Fire by Helen Graves and is inspired by a piri piri pilgrimage Helen made to Portugal, guided in her quest by Marco Mendes, founder of London’s Casa do Frango Portuguese restaurants. 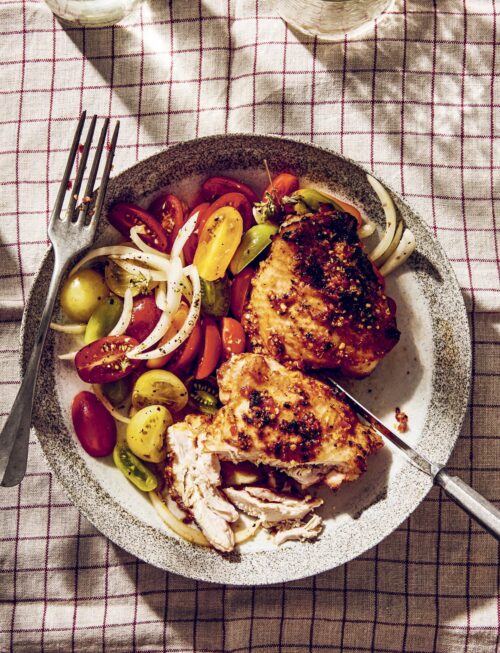 Helen has brought together elements of the piri piri chicken she enjoyed in Portugal with the much-loved flavours of the famous high-street chain.

We found this dish easy to make and absolutely delicious. Confession: we dialled down the chilli level a bit to suit our tastes! 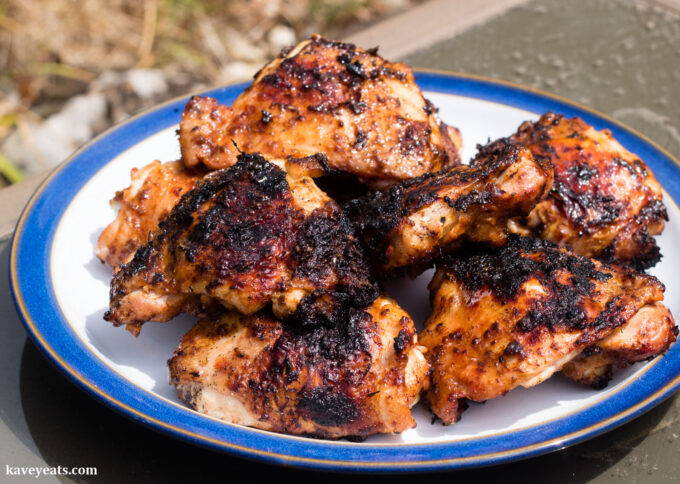 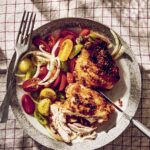 A few years back I went on a piri piri pilgrimage to Portugal with a group of journalists and Marco Mendes, founder of London’s Casa do Frango restaurants. Marco grew up eating at traditional piri piri restaurants (‘frangarias’) around the Algarve and he took us around some of his favourites, the kind with multiple rotisseries spinning chickens over charcoal and lazy Susans on every table, for whizzing chips to your mates. Piri piri originated with the first chilli plants in South and Central America, which were spread around the world by Portuguese explorers. The piri piri chicken dish, reckons Marco, was a product of immigration back to Portugal from Africa in the ’70’s, and the fact that chicken was abundant and affordable around the same time.

I think we can all agree that piri piri did pretty darn well for itself. Here’s my version, which falls somewhere between the traditional Portuguese recipes and modern takes popularised by the high-street chain.

This is a really straightforward crowd-pleaser! The flavours are so good and the chicken comes out beautifully tender inside with a lovely charring on the surface. 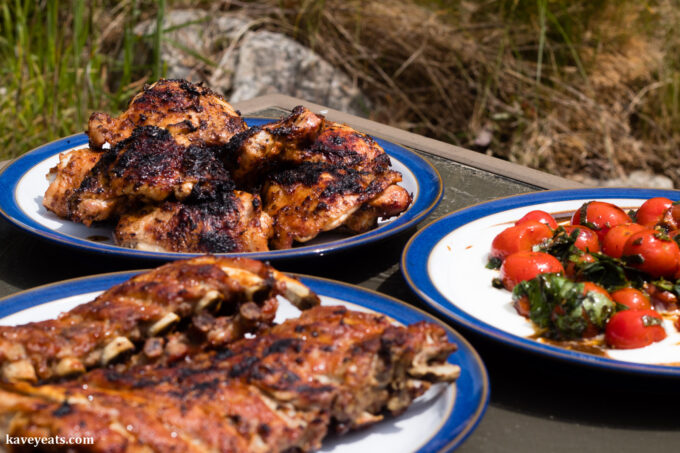