What with rent, bills, travel costs and all the other myriad costs of living it’s no surprise that for many people, there’s scant little left over for food. Many across the UK are struggling, as is witnessed by the upsurge of demand for food banks which are increasingly making up for the growing shortfall of our ailing welfare system.

For some, the lack of money to eat properly is a long, bitter and unending misery, one I’m ashamed is so prevalent in our modern ‘civilised’ society. For others, it’s a few lean days towards the end of the month, when one pay cheque has long since dwindled and the next one’s desperately awaited. In either case, most of us can benefit from ideas of how to eat well for less, and how to stretch a meagre budget.

Poverty is a worldwide problem and there are regions of the world in which many people do not have access to clean water, let alone enough to eat.

Creating food on a very tight budget is not something I’ve had to do much, and that’s a case of extreme privilege on my part. In today’s post I’m creating a recipe on a tighter budget, yet still not as tight as many in the UK have to survive on.

Many recipes suggested as low budget rely on the cook having access to store cupboard staples, often bought in bulk to reduce price. But that can only happen in situations where people have cupboard (or refrigerator) space to store bags and boxes and jars for later, not to mention the upfront money to buy store cupboard items in the first place. For many people, there’s no budget to build up such a pantry, nor any place for them to store one.

My lower budget dish is a savoury bread pudding – particularly useful if you have stale bread that you don’t want to waste. I’ve also seen this kind of dish referred to as a bread casserole and a bread bake. My amounts make enough to serve two people, but you can scale up the amounts to make a larger pudding if you have a suitable size casserole dish. 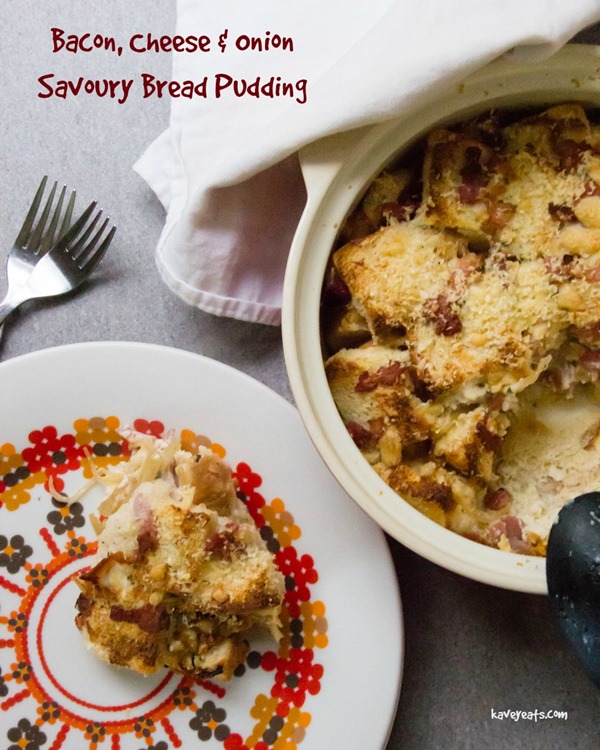 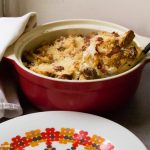 Equipment: You will need a medium sized casserole dish or deep baking dish – mine is 20 cm in diameter, about 7 cm deep.

You can either use sliced bacon, chopped into small pieces, or ready-cubed pancetta or bacon (sometimes sold as lardons).
We used an equal mix of thyme and sage. 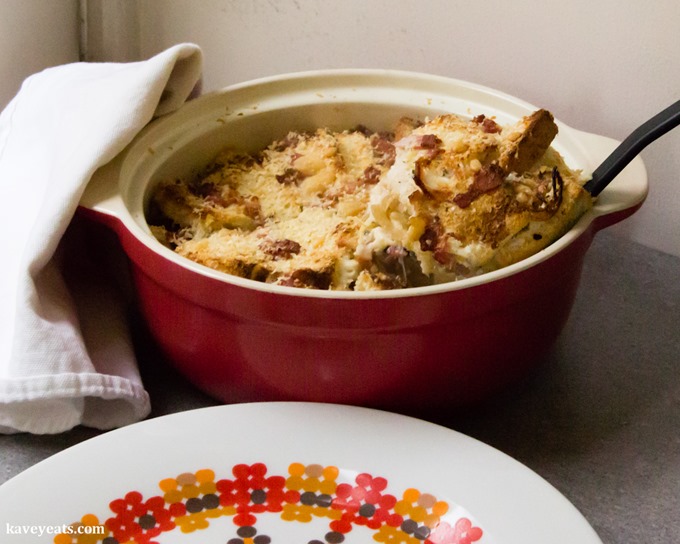 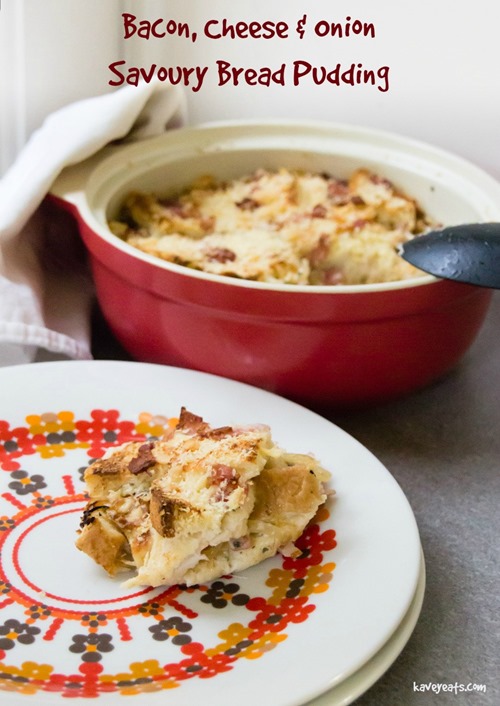 You may also enjoy reading these tips budget-friendly recipes from fellow bloggers:

For those who would like a better understanding of food poverty in the UK – the reality of feeding yourself well on a very limited budget, and why demonising those who eat poorly is neither helpful nor fair, I urge you to read Miss South Food’s archive of food poverty posts.

Voucherbox made a £50 donation to Zamcog on publication of this post.