Neighbouring regions along Spain’s sunny south east coast, Almería and Murcia are popular holiday destinations for visitors from the rest of Spain as well as further afield. Blessed with an excellent climate, the local cuisine reflects the abundance of excellent fresh fruits and vegetables, supplemented by fresh fish from the Mediterranean and locally reared meat.

Typical of the kitchens Almería, this fish stew is made with mashed potatoes, garlic, dried peppers and cumin and is usually served with fried cornmeal buns. 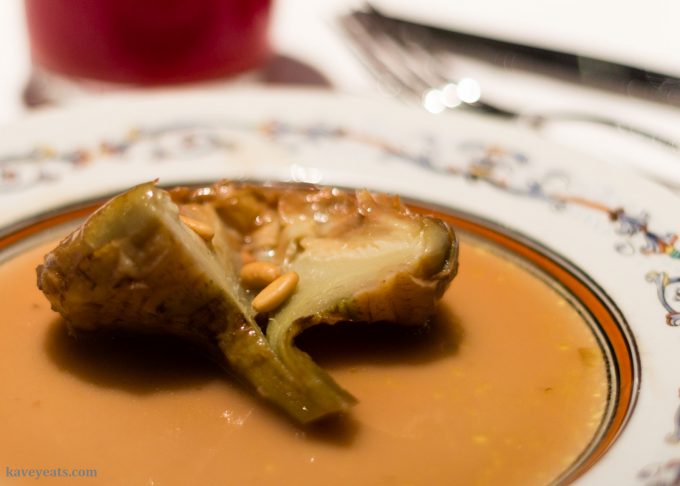 Grandmother’s Artichokes may not look very promising dish on the plate, but they are much loved in Murcia, not least for the delicious sauce, perfect for mopping up with fresh bread. Fresh artichokes are peeled to reveal the heart, fried in olive oil and then cooked in wine and stock until tender. The cooking liquid is combined with flour to thicken and served over the halved artichoke hearts, with toasted pine-nuts scattered on top. 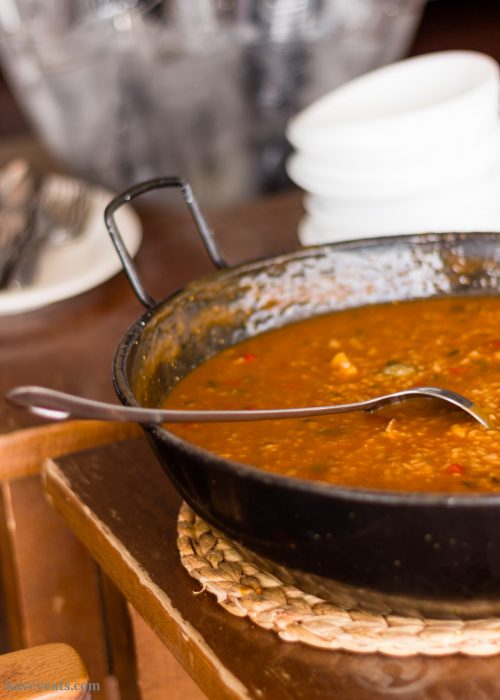 Originating in Mar Menor, arroz caldero is named for the cauldrons it was once cooked in and has its roots in the 19th century fishing community – fishermen would cook themselves simple and hearty rice stews, adding those fish from their catch that were the least profitable to sell. Core ingredients are rice, tomatoes, capsicum and fish with paprika and ñora peppers added for their smoky flavour. Today, the fish is usually served separately from the rice.

Arroz Meloso is a similar dish with a wider mixture of seafood added. Like arroz caldero it has a soupy texture, so is usually ladelled into bowls. Arroz y marisco is similar, but usually less wet. 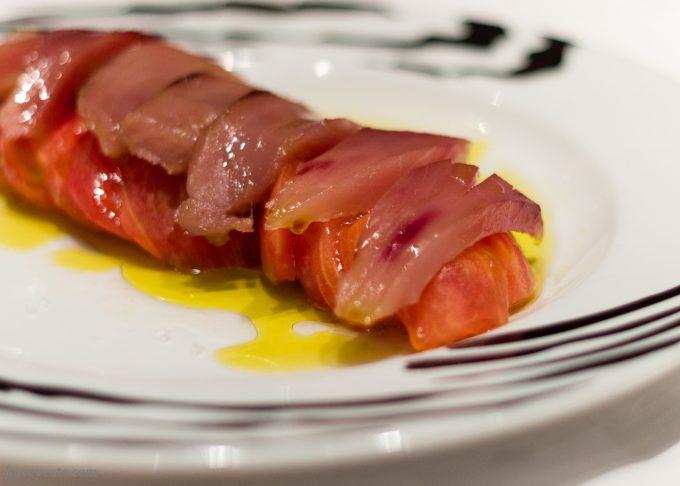 Like tuna, bonito is a popular fish, abundant in Mediterranean waters. Smoked or salt-cured bonito is paired with fresh raw tomatoes and olive oil, a dish that is also made using tuna and cod. 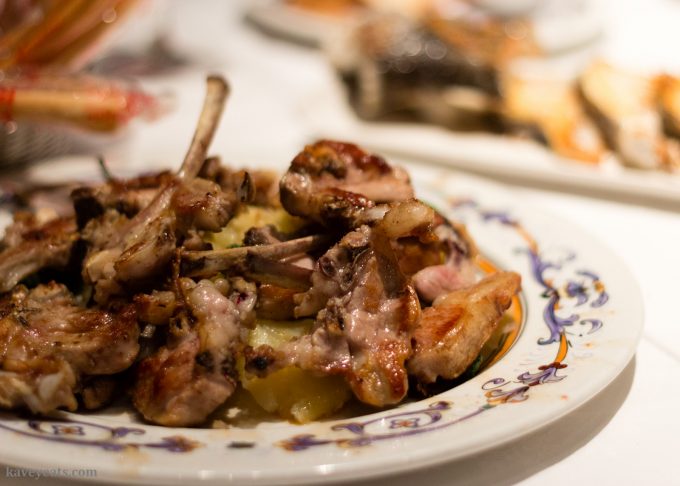 Grilled meats are at the heart of most traditional meals (as are grilled fish and seafood). Lamb and goat are particularly popular. Often served with potatoes – a Murcian favourite is patatas al ajo cabañil (potatoes with garlic and a hint of vinegar). 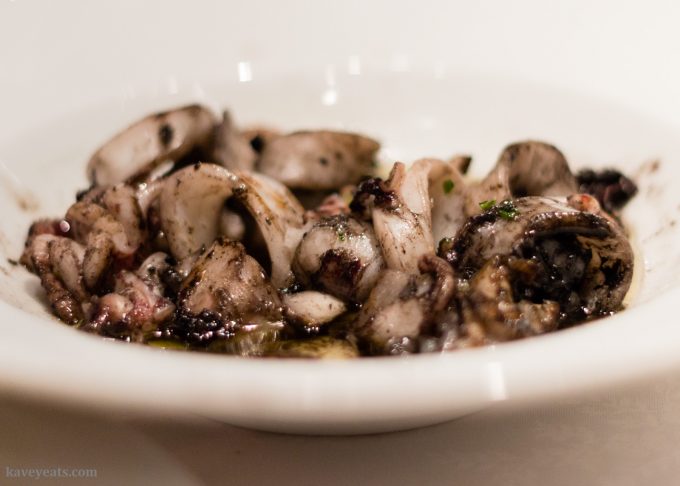 This simple dish of squid cooked in its own ink doesn’t boast the most appetising appearance, however, the freshness of the seafood, simply cooked with garlic and the fishy black ink, is a delicious treat. A similar dish made with chiperones – whole baby squid – often has broad beans added.

Originating in Andalucia (of which Almeria is the most eastern province), this simple bread soup has been the subject of many jokes about it being served cold, an aspect that is very welcome during the heat of summer. The colour depend on which vegetables are added – plain versions are white, red ones have lots of fresh tomato and green ones are flavoured with fresh herbs.

Gurullos is a small-sized pasta typical of Almería, shaped by rolling the dough into thin cords and pinching off little pieces. It is often used in hearty dishes such as gurullos con conejo (gurullos with rabbit) or in vegetable broths with beans or chickpeas. 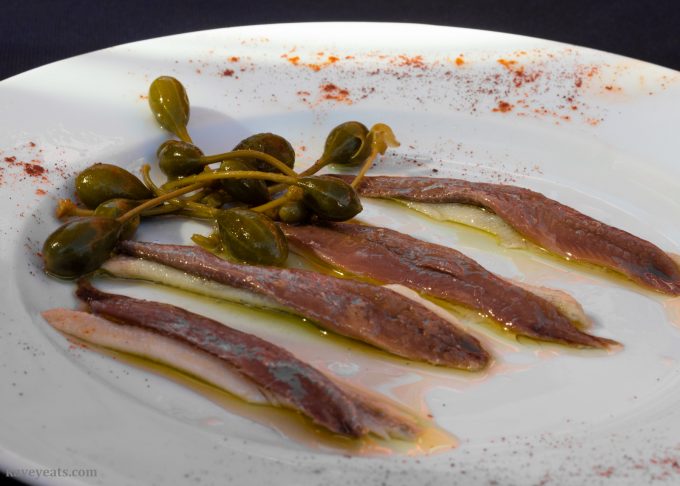 The combination of anchoa (brined anchovy) and boquerón (vinegar-cured anchovy) is indeed a marriage made in heaven, and a typical Murcian bar snack. Though you’ll sometimes see matrimonio on toast or with slices of grilled red pepper, it’s often served simply on its own. 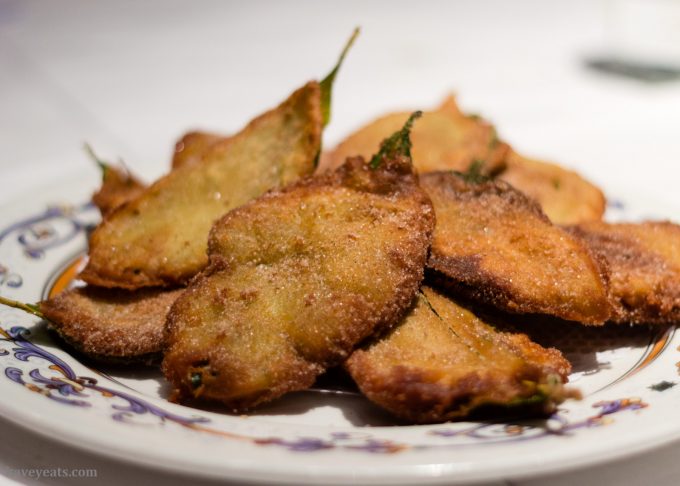 This simple fried sweet is emblematic of Murcian pastries, originally introduced to the region by Arab invaders and now associated with spring festivals. Aromatic lemon leaves are dipped into a flour and egg batter, deep fried and dusted with sugar and cinnamon. Don’t let locals trick you into eating the inedible leaf – it is intended only to give a lemon-scented flavouring to the crispy coating and is pulled out from the batter and discarded.

The dough for these Andalucian treats is often flavoured with white wine, anise or sesame before rolling and cutting into strips or squares, deep frying and glazing with honey or sugar syrup. The shape and flavourings vary from town to town. 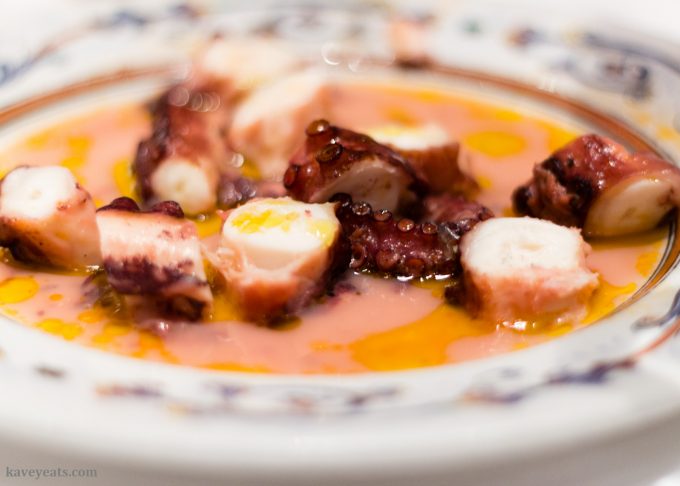 In Murcia, octopus meat is cooked long and slow – baked in an oven with wine, peppercorns, garlic and bay leaves – until it’s beautifully tender and full of flavour; a good few hours are needed. It’s served chopped into pieces and drizzled with lemon juice and olive oil.

This soup is an Almerían version of the Moroccan dish harira and similarly it has a base of meat and vegetables with lentils, garlic, coriander and saffron also added. 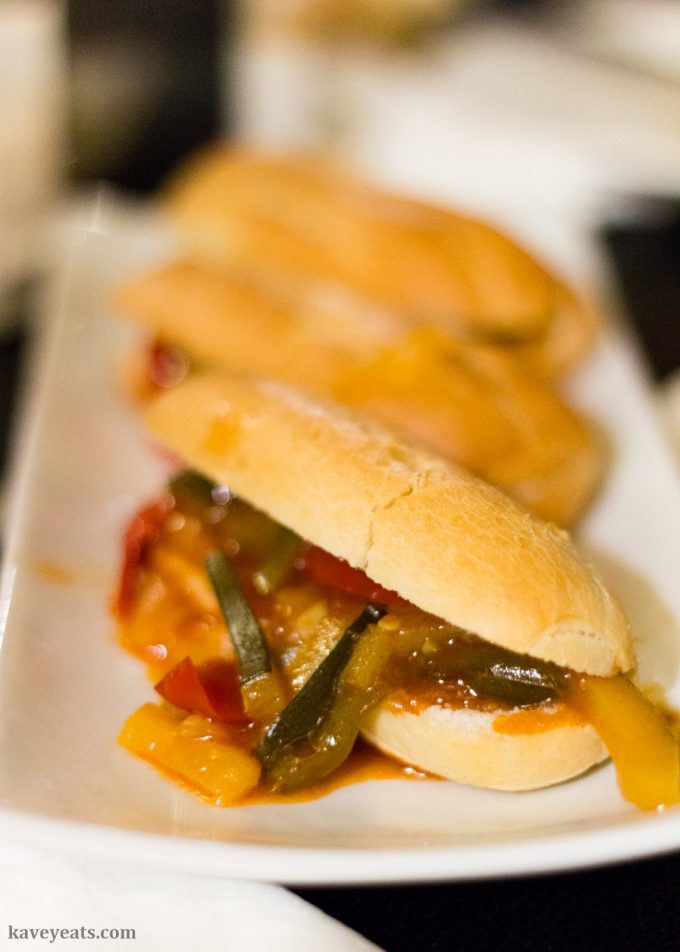 A variation on ratatouille, the Almerían stew of onion, capsicum and tomato often has a little chilli for extra kick and is served on its own as a starter, in sandwiches or with salted cod added to make a more substantial  dish. In Murcia, look for pisto, which adds aubergine to the basic mix of vegetables– beaten egg is commonly added shortly before the pan is taken off the heat. 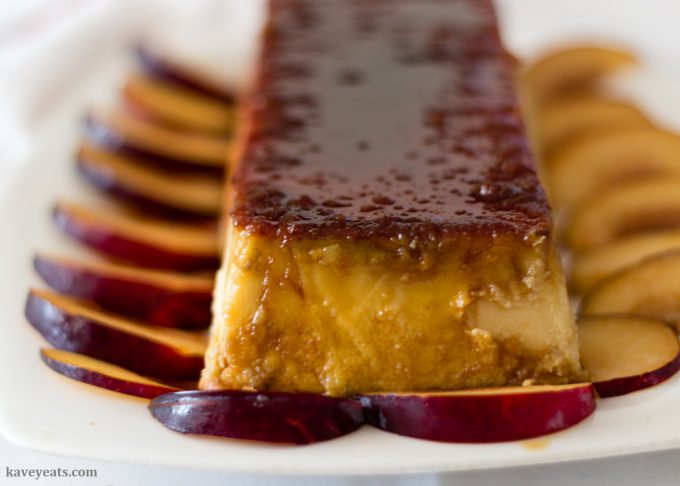 This caramel cream dessert is a regional variation of Spanish flan, the key difference being that it uses only egg yolks rather than whole eggs. This is by virtue of its origins in Jerez, Eastern Andalucia where local wineries used egg whites to clarify their wine, donating leftover egg yolks to a nuns at a nearby convent; they put them to use creating this rich, yellow flan. Confusingly, the dish has come to be known as tocino de cielo (heavenly bacon) despite there being none in the dish; it’s likely a contraction of the original name tocinillo de cielo (heavenly pudding). 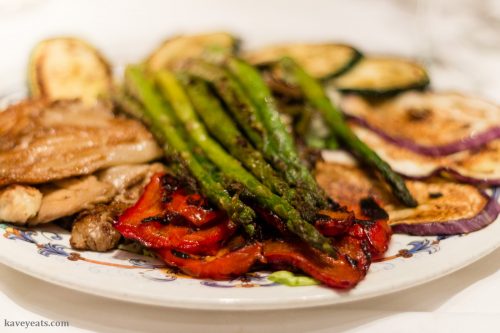 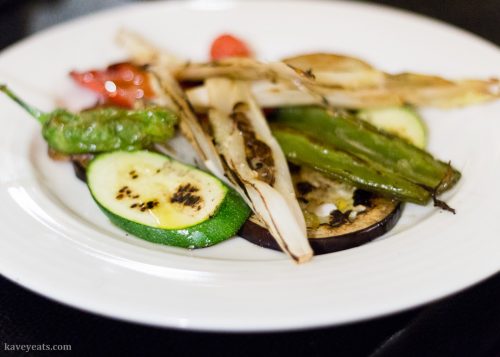 Grilled vegetables may not sound very exciting, but when you visit a region known as the vegetable basket of Europe, it’s the perfect way to enjoy very fresh and high quality produce. Sliced, oiled and thrown on a hot griddle, beautifully charred vegetables are arranged on large platters to be served  a starter or later in the meal alongside fish and meat dishes.

A little like Pisto Murciano, zarangallo is a rural dish made from potatoes, courgettes, onions and eggs. It’s a staple of tapas bars in the Murcia countryside.

Kavey Eats travelled to Almeria and Murcia on behalf of the We Care You Enjoy campaign, funded by Hortyfruta and ProExport.