Yacón is a member of the sunflower family, a perennial daisy prized for its sweet, crisp and juicy tuber. Commonly sold as a fruit and also known as Peruvian ground apple, Bolivian sunroot and pear of the earth, it has been cultivated in the Andean highlands for many hundreds of years – yet remains little-known in the rest of the world.

The most readily-available yacón product outside of South America is yacón syrup, made by juicing peeled raw tubers and cooking the resulting liquid until it reduces into a sticky, caramelised concentrate. 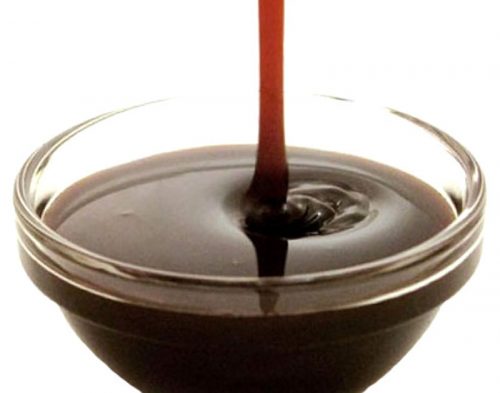 The tubers themselves come from the yacón plant’s central rhizome, and store water and nutrients – primarily in the form of oligofructose, a type of sugar that our digestive systems can’t metabolise. The upshot? A much lower calorie count than the sweet taste suggests. In addition, this type of short-chain fructose molecules have a prebiotic effect, stimulating the growth of beneficial bacteria. These two properties are responsible for a surge of interest in yacón syrup, which is often promoted as a lower-calorie sweetener and an aid to gastrointestinal tract health. 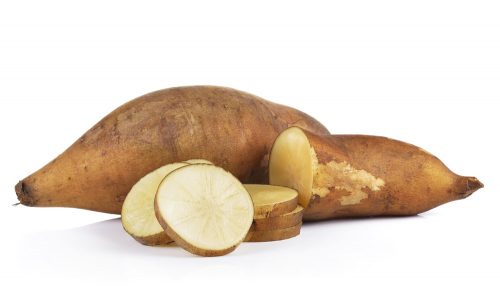 Having noticed ‘consumer trends in the UK moving towards a more natural product’, Healthspark’s Technical Director Katherine Andreasen describes yacón syrup as ‘tasty, nutritious, versatile and easy to use’ – a welcome addition to our shelves.

Yacón syrup lends itself to use in many recipes where you might usually use honey, maple syrup, agave or various kinds of molasses. Andreasen points out that it ‘handles heat well, holding its properties even at high temperatures, making it an ideal alternative to sugar for baking and cooking’. Its depth of flavour means it works well in biscuits, cakes, cereal bars and flapjacks, or as a natural topping for yoghurt or cereal. Yacón syrup’s inherent rich maltiness, meanwhile, means it needn’t be restricted to sweet treats, evidenced by its success in salad dressings and meat or fish marinades.

But the tuber isn’t always turned into a syrup. In its native region, yacón is eaten by rural fieldworkers as a means of refreshment. Traditionally, it is also used medicinally; eaten raw to counter bladder, kidney and liver problems, with the leaves brewed into a tea as a natural remedy for diabetes or decocted and applied externally as a poultice for myalgia and rheumatism.

It’s unlikely you’ll find raw yacón tubers on sale in the UK just yet, but they do grow well here, thriving in a wide range of climates from sea level to over three thousand five hundred metres altitudes. You can already buy rhizomes from specialist seed merchants; I’ve recently planted three yacón rhizomes which I hope will yield a good crop just as winter sets in.

Raw, the peeled flesh is light, with crisp, juicy texture comparable to Nashi pears and watermelons. Yacón can be boiled, steamed or baked – either peeled and chopped, or simply in its skin. Try it in recipes you usually make with pears and apples, such as sweet crumbles, or as a sweet ingredient in mixed salads or savoury stews.

For the moment, though, it’s yacón syrup you’ll be able to source more readily – and the versatile, nutritious sweetener is the perfect addition to your summer store-cupboard.