In the UK, molasses usually refers to black treacle, a viscous by-product of the refined sugar industry, made from sugarcane and sugar beet. But in other parts of the world, such sweet sticky syrups are made from a variety of fruits including grapes, dates, pomegranates and carob. Some, like pomegranate and date molasses, have become familiar ingredients to adventurous British cooks. But carob molasses remains in the shadows.

It is made by mashing ground carob pods with water to extract the sugars, then straining and reducing the liquid until a thick syrup is formed. During that process, some of the sugars caramelise, giving the finished product its distinctive dark colour and sweet sour taste.

The seeds, incidentally, are used to make Locust Bean Gum, a thickening agent used in the food industry. The pulp is also dried and ground into carob flour, an ingredient often used as a cocoa substitute.

The carob tree, Ceratonia siliqua, is a member of the enormous Fabaceae family, to which peas also belong. Also known as St John’s bread or locust bean, it’s native to the Eastern Mediterranean and Middle East, where it’s been cultivated for millennia and harvested from wild trees long before that.

There are references in the bible to ‘the land of milk and honey’, this duo of ingredients being considered perfect nourishment, but biblical scholars have postulated that the honey in question was most likely fruit molasses made from dates, figs, grapes or carob.

One of two Egyptian hieroglyphics for ‘sweet’ is an upright carob pod, seed bumps clearly visible. In the days before refined sugar, fruit molasses were widely used sweeteners, and traded throughout the region.

The historical importance of carob can still be felt in the gold industry; the word ‘carat’, now a unit of purity for gold, was originally a reference to the use of the carob seed as a unit of weight in the ancient gold trade.

Today, the slow growing evergreen shrub has been transplanted round the world; flourishing in a warm, dry Mediterranean climate and naturally adapted to infertile soil, it is cultivated in Australia and the Americas.

In its native region, carob molasses goes by many names – in Turkey, it is harnup or keçiboynuzu pekmezi; In Greece, charoupomelo; in Lebanon (and other Arabic speaking countries), dibs el kharoub. In Cyprus, carob is affectionately known as black gold, a nod to its heyday as the island’s main export – Limassol even boasts a Carob Museum, making and selling a variety of carob products.

Speciality food and drink importer Lebanos Food & Wine are keen to share the health benefits; owner Jocelyne Bitar tells me that carob molasses is said to be a cure for constipation – dissolve a spoonful into hot water and drink it at night.

At Warda Lebanese restaurant in North London, carob molasses is served for dessert. Says Pierre Hobeiki, partner and manager, ‘carob is known to help you digest your food, so we enjoy it at the end of the meal.’ Partner and head chef Mo Housaini brings carob molasses made by his family in Tair Falsay back to England with him each time he visits Lebanon, proudly showing me the freshness and quality of the traditionally made product.

In the Levant, carob molasses is used in a limited number of ways – most often it is mixed with tahini and served with flatbread to dip. Occasionally it’s combined with seeds and nuts to make sweet, chewy tidbits or used as a syrup dip for pastries, though honey and refined sugar are now more common.

Deep, rich and sweet with a balancing tart acidity, it’s an ingredient that lends itself well to many diverse recipes. Try it where you would usually use muscovado sugar, black treacle or pomegranate molasses – in salad dressings and marinades, smoothies and cocktails, pastries and cakes. 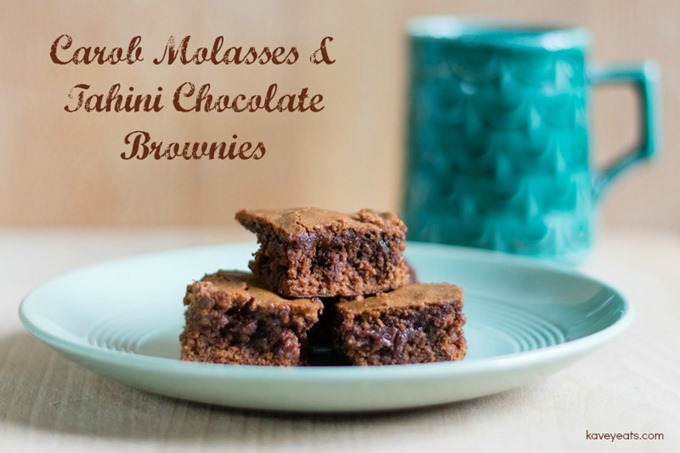 Show off the flavour of this unusual ingredient in my Carob Molasses & Tahini Chocolate Brownies recipe. 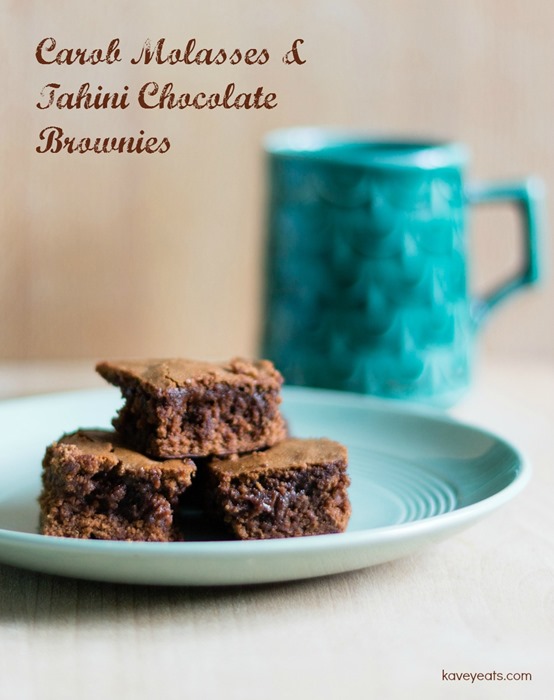 Please leave a comment - I love hearing from you!38 Comments to "A Taste For… Carob Molasses"