After a fantastic three week trip to Thailand earlier this year, during which we ate incredibly well, enjoying street food and dining in cafes and restaurants, Pete and I have been really keen to cook more Thai food at home. 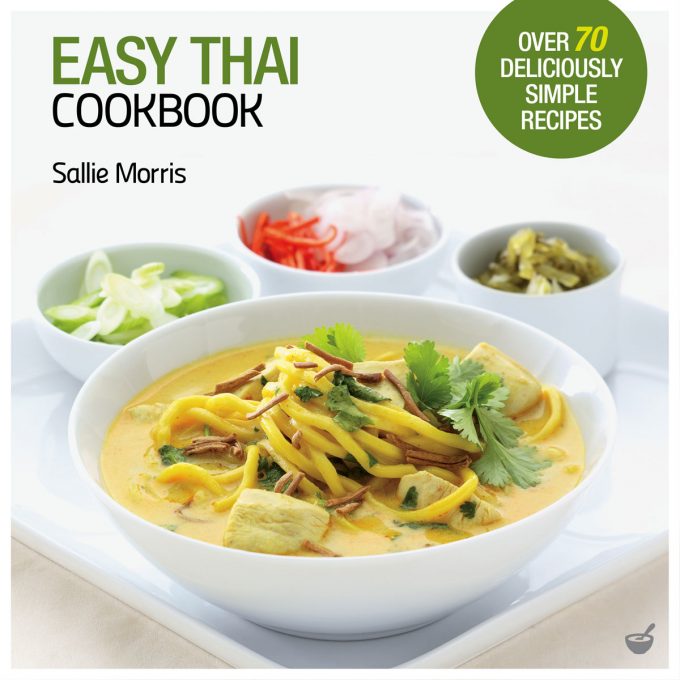 When I heard about Easy Thai Cookbook by Sallie Morris, released in July, my first question was to ask how much Morris had simplified the recipes to make them ‘easy’? Were they still true to the original dishes or Westernised to a facsimile of what they should be? Happily, on reviewing the book we discovered a selection of recipes that certainly taste true to the food of Thailand, with step by step instructions that are reasonably straightforward to follow.

The book is divided into three main sections. Part 1 introduces the basics of Thai cuisine – key ingredients, equipment and cooking methods, plus basic recipes such as stocks and pastes that are used in many of the recipes that follow, garnishes, sauces, rice, and noodles.

A useful chapter at the end provides helpful advice on how to create coherent menus by grouping the recipes into twelve menu plans. Each one is proposed for a different kind of meal (from a weekend lunch with friends to a drinks gathering with nibbles to a full-on dinner party banquet) and includes a guide to combined timings for the group of recipes that make up each menu.

Each of the 70 recipes in the book are illustrated with a clear colour photograph.

There are ambiguities in the ingredients for some recipes. For example, magrut is introduced in the Ingredients glossary, which explains that a magrut is a kaffir lime, and can refer both to kaffir lime leaves or the fruit itself. But in the recipe for red curry paste (on page 24), the ingredients lists only “1 tsp grated magrut” with no indication of whether the leaf or zest (or indeed some other part of the fruit) is called for. In some recipes such as the Chiang Mai curried noodle soup, the weight for a whole chicken is given, which is then to be boned and cut into small pieces; it would be helpful in this case to give an equivalent weight to buy pre-boned chicken pieces instead. The same recipe also calls for 300-400 grams of fresh or dried egg noodles, but weights for fresh versus dried should be quite different.

Overall though, recipes are clear and easy to follow, and the three dishes we’ve made so far have been delicious.

The Easy Thai Cookbook is a great introductory cookbook for anyone keen to learn Thai cooking. 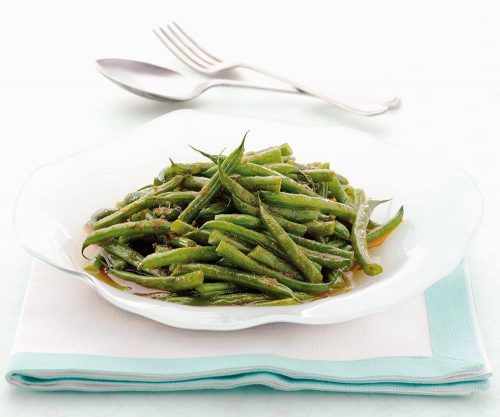 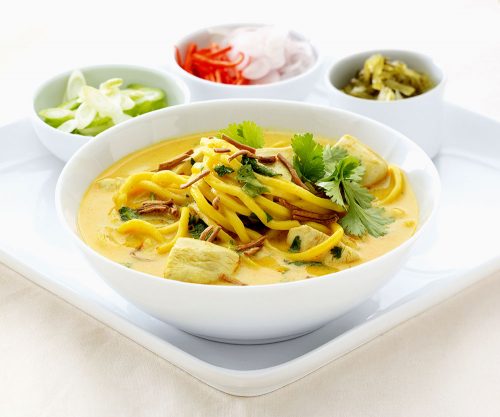 We have three copies of Easy Thai Cookbook by Sallie Morris to giveaway to readers of Kavey Eats. The prizes include delivery to a UK address. Please click here to enter and for terms and conditions.

Kavey Eats received a review copy of Easy Thai Cookbook by Sallie Morris. Published by Watkins and Nourish, RRP £14.99, this title is currently available on Amazon UK for £12.48 (at time of review).

Please leave a comment - I love hearing from you!15 Comments to "Easy Thai Cookbook by Sallie Morris"