Given how much I adored Saraban, I was really excited about getting my hands on the latest title from Greg & Lucky Malouf: New Middle Eastern Food. 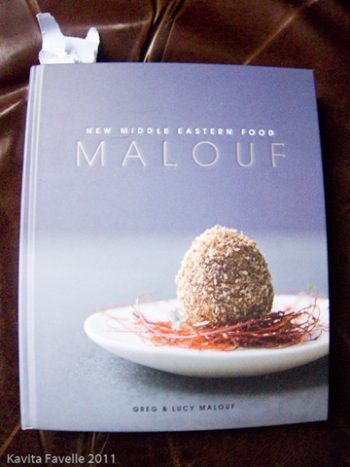 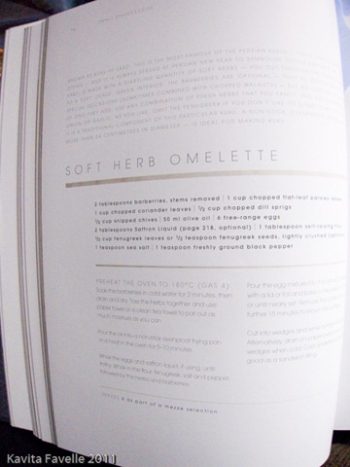 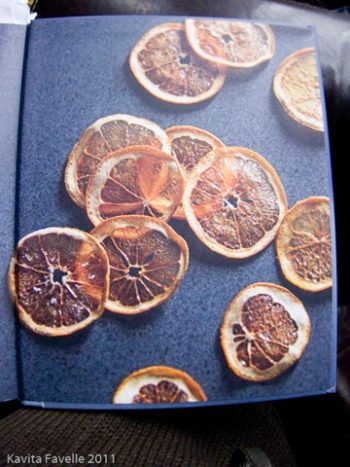 Whilst I was immediately taken by many of the recipes, one major problem with the book revealed itself very early on:

The typography and page layout may look modern and attractive but made the book very hard to read. With the exception of the recipe title and ingredients, the introduction and method are printed in pale grey on white paper. Combined with the small text size, this really had me struggling. I’ve not had this problem with any other recipe book, so it’s not a case of deteriorating eyesight.

Flicking through the book on the sofa, I tried to lift the book closer to my eyes, but it’s large size and weight made that impractical.

I can only suggest reading this one at the table, and making use of a sturdy book stand when in the kitchen. Or perhaps investing in a pair of magnifying reading glasses!

Reading problems aside, what about the book?

Whereas their previous books (Arabesque, Moorish, Saha, Turquoise and Saraban) are as much about sharing their journeys and creating, in words and pictures, a vivid mental image of the regions, peoples and traditions they experienced, this latest title is much more focused on food.

What you’ll find here is a compendium of over 300 Middle Eastern recipes, many of which have appeared in the Maloufs’ other books. There are also plenty of new recipes for fans who already have a Malouf library. I particularly like the larder section at the back which is a veritable encyclopaedia of recipes for spice blends and spice pastes, dressings, pickles, relishes, jams and preserves.

As is the Malouf style, the recipes in the book are not slavishly authentic but adapted to suit the modern global market which allows many of us to incorporate ingredients from all around the world into our cooking. So a recipe for a zucchini omelette includes provolone cheese, and a confit date ice cream uses Kahlua. As Greg explains in his introduction:

“My food would not be about reinventing classics – and nor, really, would it be about tradition. Instead, I was bursting with ideas for a new kind of Middle Eastern food: subjective and personal interpretations, yes, but dishes that would absolutely capture the essence of the Middle East, but express it in a fresher, more inventive – and even, perhaps, a more Western – manner.”

We chose to make two recipes: lamb kifta tagine with eggs and my favourite, kukiye sabzi (a soft herb omelette), which we’d made once before, as the recipe is also in Saraban, . By the way, the spectacular Persian Baked Yoghurt Rice with Chicken (Tahcheen-e morgh) that we so enjoyed previously is also included in this book.

This dish can best be described as lamb meatballs in a tomato-based sauce, with eggs baked on top. 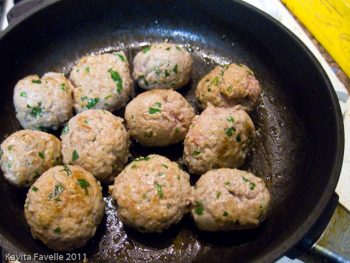 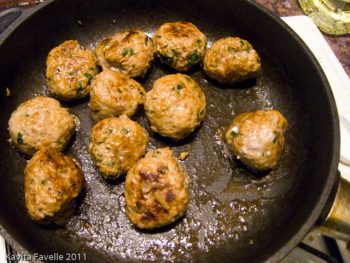 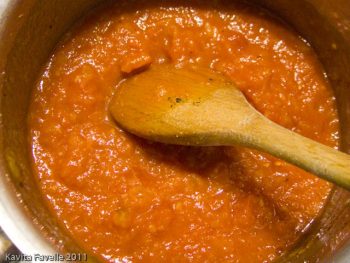 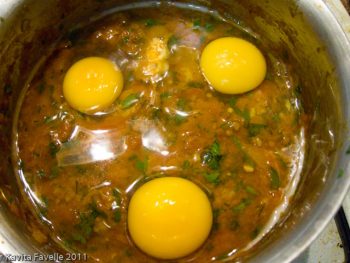 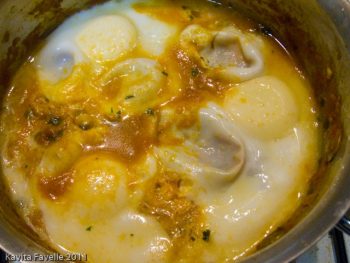 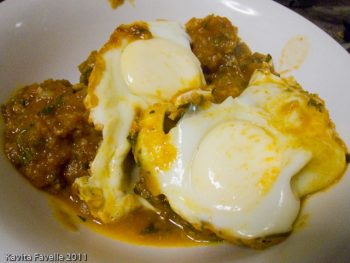 We really enjoyed the dish, though found it a lot like a North Indian tomato-based curry in flavour. Reducing the volume of coriander leaves would probably alleviate this.

Note: we omitted the barberries, saffron liquid and fenugreek.
Note: We halved all amounts, above.

The first time we made this, we used a small frying pan, which was better suited to the halved amounts. The second time, we used a much larger pan, which resulted in a flatter finished omelette with raised sides, reminiscent of a Yorkshire pudding. Both tasted great and had a good texture, but the one made in the smaller pan was more in line with what the dish should look like. 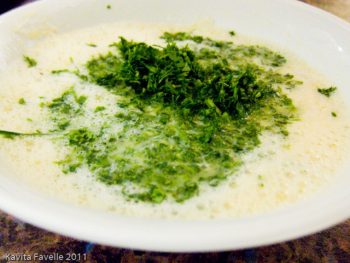 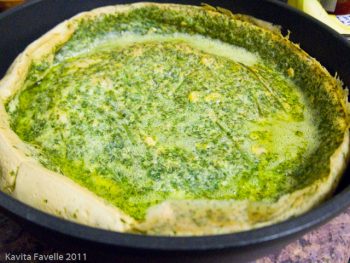 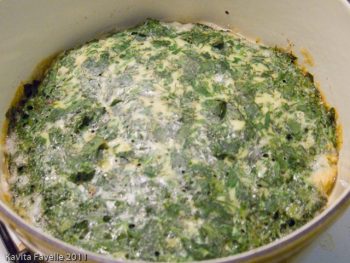 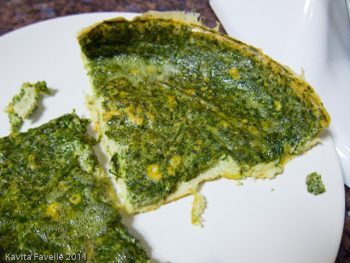 This dish became a favourite of mine at the now closed Aqua restaurant in North Finchley, so it’s great to have a simple, delicious recipe to make it at home.

With thanks to Hardie Grant for the review copy.

Please leave a comment - I love hearing from you!5 Comments to "Malouf: New Middle Eastern Food"