The best thing about blogging is meeting people. People who share the obsession with food and people who work in the industry – as chefs, producers and writers.

One such individual I met recently was the charming and talented Josceline Dimbleby, at a lunch event for the launch of her latest book Orchards in the Oasis: Travels, Food and Memories. The event was part of the SW11 Literary Festival.

In the new book, she combines the two strands of biography and food with a third – the family photo album.

Gathered at Chez Manny restaurant in Battersea, we enjoyed a wonderful talk by Josceline about her life, sharing just a few of the many travel and food memories that have been included in the book. She’s a warm, animated and intelligent lady and I found the talk fascinating. I also really enjoyed hearing about some of the things we have in common such as our keeping of travel diaries, our love of trying new ingredients, flavours and dishes around the world and our attempts to bring recipes and food ideas back home.

After the talk we ate a menu prepared from recipes in the book. My favourite was the Burmese fish curry, although the plum parfait, full of the flavours of the dawning autumn, gave the curry a run for it’s money! 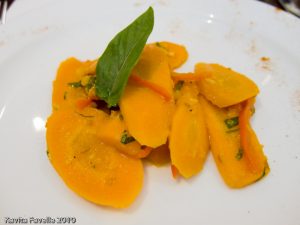 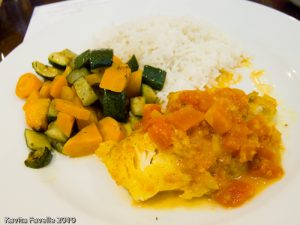 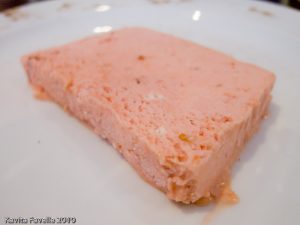 Meal over, we were invited to have a look through the book, buy copies that Josceline would sign if we wished and certainly to come over and chat to her if we had any questions or wanted to say hello.

Of course I wanted to say hello!

I was very pleased when Josceline said immediately, as I took a seat next to her, that she’d noticed my smiling face during the talk. Some faces, she said, were unreadable whilst others seemed to be frowning! It was really encouraging, she said, to be able to see someone nodding and clearly engaged in what she was saying.

I explained that much of what she’d said had really struck a chord with me and that I’d enjoyed her talk immensely.

Whilst I didn’t spend chunks of my childhood living in foreign climes, as Josceline did, my parents have always loved to travel, so I was lucky enough to visit many exotic destinations (including India, where most of the family still lived) during the holidays. Food was always an important part of those trips, and still is today.

Josceline did make me giggle when she whispered, like a naughty school girl, that we might want to check on Amazon instead of buying the book that day, as they were offering it for a less than the cover price. Sssh, Josceline, don’t let you hear your publishers saying that!

Although I didn’t write notes during Josceline’s talk, I found an online video where she talks about the new book. She says:

Please leave a comment - I love hearing from you!10 Comments to "Travels, Food and Memories with Josceline Dimbleby"